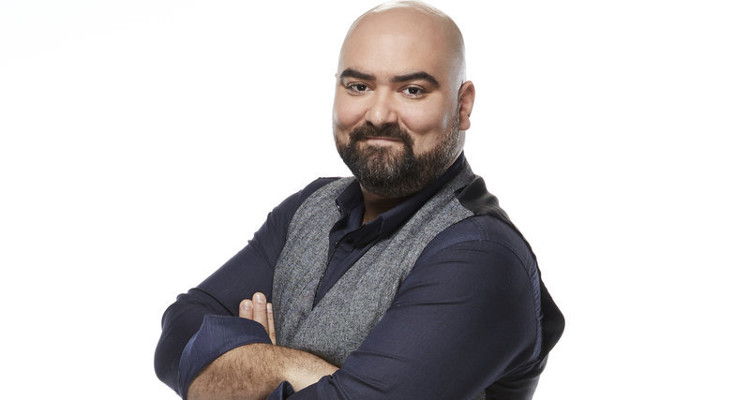 When Troy Ramey sang Cat Stevens’ “Wild World” on The Voice Blind Auditions, he had the judges singing his praises. Alicia Keys said he has “lifetimes” in his voice. He was confident that he would get at least get one chair to turn, but he got all four!

Team Gwen’s Troy Ramey and Jozy Bernadette sang “Angel Eyes” by the Jeff Healey Band during The Voice Battle Rounds. Bernadette went home, while Ramey will be moving on to the Knockout Rounds on The Voice 2017. He might just win it for Coach Gwen. In the season where the younger artists are shining bright, Ramey is dazzling. Here’s more about this soulful artist in Troy Ramey’s wiki.

He Wanted to be a Basketball Pro

If you asked Troy Ramey what he wanted to be 17 years ago, you wouldn’t be getting “singer” as the answer. The NYC artist dreamed of becoming a professional basketball player in his youth. Growing up in Vermont, he aspired to play or coach pro-basketball. His inspiration came from his father, Wayne Ramey, who was the head coach of his high school basketball team. Wayne also taught history and psychology while his wife, Sue was a homemaker. The couple also have two daughters, Tyler and Casey.

Also Read: Aaliyah Rose’s Wiki: Who is the 14-Year-Old “The Voice” Contestant?

His father was the one who instilled music in the young Troy. “I also grew up in a musical household,” he said. “My dad was a musician, so singing was always part of life.  I loved to sing, although I never really had the guts to do so in front of anyone until I was older.”

Ramey’s father played the guitar and was active in the community. His family lived a modest life with no TV, but plenty of music.

This is my old man. If you didn't know, we lost him just about 12 years ago. He was a remarkable man. I miss him more and more each day. Although he never got the chance to hear me sing on this planet, I have a deep hope that he might be singing along on another. #mydad #music #nycmusic #nyc #singer #singersongwriter

Ramey graduated from Rogers High School in 2003, after his family moved from Vermont to Rhode Island. After playing basketball throughout high school, he went to Wentworth Institute of Technology in Boston. The majority of his time was spent on the court or studying engineering. He was also a part of the school’s jazz band, but a music career never crossed his mind.

He was Part of a Band

Ramey’s turning point came when he was a sophomore in college. His father passed away suddenly leaving behind an emotional and financial burden on Troy and his family. According to his NBC bio, he transferred to Boston College and focused on helping his mother. It was then that he turned to music to deal with his sadness.

He was working as a part-time waiter in a restaurant during his college days. One day while he was working, 22-year-old Troy was overhead singing by his coworkers, and they invited him for a jam-session. Troy enjoyed it and joined their band, Like Lions. He performed with the group for five years before going on his solo musical journey.

Im at home on the big stage because I put my time in on the little ones. Believe me. @nbcthevoice #voiceknockouts #thevoice #dedication 📷👉 @whitepearphoto

He Funded His Album

He met his girlfriend, Toula, a month before his father passed away. “We became so close so quickly and she was there for me during an awful time of my life. She also saw my transformation from basketball to music.” She stuck by Ramey and made many sacrifices so he could pursue music. Thankfully for them, Ramey’s music career took off.

Ramey discovered there was more to him than basketball and began looking at music as a possible career. In 2013, he took a leap of faith and moved to New York City with his girlfriend to pursue singing as a career. He performed at open mic nights in NYC, and there he met Dante Lattanzi of Caelum Music Production, Long Island, who went on to become his manager. They worked to make Ramey a success for two years, and he called Lattanzi a “brother.”

It took him a while to get where he is now, and he admits that he wrote some very bad songs until he got it right. But he never gave up. In a year since he moved to NYC (with no finances and no record label) he has sold thousands of songs and has had 4 million plays on Spotify. You can listen to his songs here.

How? He worked at an engineering firm for a few years until he made enough money to fund his debut Extended Play, When the Lights Came. The immense popularity online made him pursue music full-time. The EP is sold at venues where he Ramey and his band perform their live shows.

Now, at 32 years of age, his future plan is to further his music career, and for that, he auditioned for The Voice season 12. His Blind Audition was a tribute to his father and got all four coaches to turn their chairs. “I would be lying if I didn’t say I was a little nervous. In that short amount of time we have to try and show exactly who we are,” Ramey said about his audition. “Fortunately, I was able to do that with a song that both my father and I loved.”

Troy Ramey will compete in Team Gwen in the Knockout Rounds. Don’t miss him when The Voice season 12 airs on Mondays and Tuesdays at 8:00 p.m. EST on NBC.