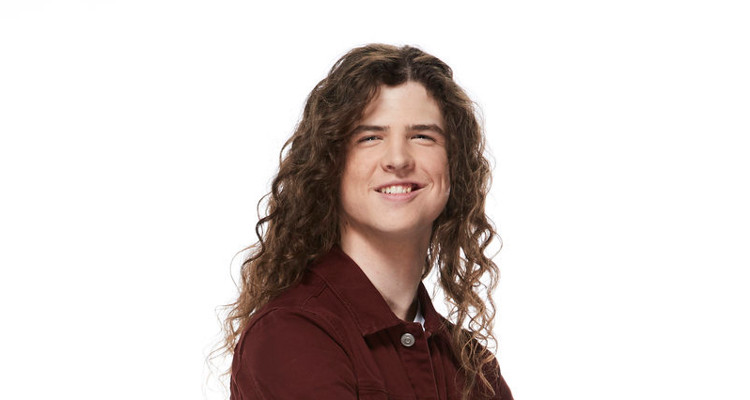 This season of The Voice could have a teen winner! And we’re not just talking about 13-year-old, Quizz Swanigan. The long-haired teen sensation, Josh West got all four judges to turn their chairs around during his Blind Audition and was Coach Adam’s pick in the Battle Rounds.

Josh West has a future as shiny as his long tresses! The teen’s voice had the coaches of The Voice nostalgic about the ‘90s. In the second night of Battle Rounds, he sang, “Everybody Wants to Rule the World” with Nala Price, and Coach Adam made the difficult decision to let Nala go. But his decision to let West advance to the Knockout Rounds might be a good thing. The young singer is one of the many favorites to win the entire competition this season. Find out more about Team Adam’s artist with the unbelievable voice in Josh West’s wiki.

Music is in His Genes

In his own words, 17-year-old West says he comes from a “musical family.” His father is a guitar teacher, and his mother sang in the local church’s choir. His bio on the NBC web site states, “Although his father, who is a guitar teacher, taught him how to play, his real passion was singing.” He began writing songs when he was 15 and worked hard to follow his dream.

He is from Glendale, Arizona and attended Northwest Christian School, though his bio says he was home-schooled to accommodate flexibility with music. He graduated high school when he was 15 and began pursuing music as a full-time career. Besides inheriting his father’s music talent, West said at his audition that he inherited his shiny locks from his father, too.

West’s biggest musical influences include U2, Switchfoot, Oasis, Beck, Relient K, The Fray, and Coldplay. But he doesn’t just stick to pop-rock. West likes to expand his musical footprint by trying out different genres. He has a Reverbnation page, where he posts some of his original compositions.

Also Read: Gwen Stefani Wiki: Everything You Need to Know about “The Voice” Coach

A Love for Singing

After his Blind Audition, the teen became a local celebrity in Glendale. Speaking to a local publication, he revealed details of his childhood. “I was born in a hospital a little ways from here,” he said. “Fun fact —I came out a month early and my lungs were underdeveloped, which is the most important thing for a singer.” With that powerful voice, we wouldn’t have been able to tell!

He wanted people to hear him sing, but he didn’t go the competitive route. Instead, he sang in musicals. In school, he joined Moezart Productions and acted in plays. In only a year and a half, he had done more than 100 shows at 30 venues. This means that he’s not just a good singer, he can act, too! That certainly broadens his career prospects. To top it off, he also does card tricks (which we’d really love to see on the show).

He’s in a Band

Not just any band, his father’s band! After high school, he joined the Josh West band and traveled to different places in Arizona performing gigs. The band practices in the West family’s home in Glendale. West’s professional career actually begun on the streets —Fifth and Ash in Tempe, to be specific.

“We got the best spot though, that is the prime spot for busking,” West said. “I was like 11 so we used my Easter basket that year and yeah, I made my first dollar in an Easter basket on Mill Ave,” he added. At this stage in the competition, West is just a budding artist, so it’s difficult to even estimate how much the young teenager could be worth. If his music career take off after The Voice, who knows how high Josh West’s net worth could soar!

Though West writes songs of his own, the band mostly performs rock covers. But playing on the streets doesn’t seem like much fun when you’re a kid like Josh, who just wants people to hear his voice. “We’re usually playing someplace where people are busy eating and talking. I just want to go some place where people came to hear me sing.” But that’s where a lot of famous artists start out. West and his dad’s secret to performing on the streets is envisioning they’re in a bigger place. You can check out some of his band’s performances on his YouTube page.

He Decided to Audition for The Voice at the Last Minute

Can you imagine missing out on the evocative voice of Josh West? Absolutely not! But West was very close to missing out on The Voice. He and his parents decided to sign up for The Voice at the last minute, and it changed his life.

Josh West and his parents made the drive from Glendale to California, so he could give the Blind Auditions a try. The teen’s choice of song, Duran Duran’s “Ordinary World,” caught the attention of the coaches before his voice did. Adam Levine and Gwen Stefani were the first to turn their chairs.

“And when the first chair turned, it was like a release, like, ‘OK, I finally made it!’” he said in an interview. Alicia Keys and Blake Shelton turned their chairs on West’s impressive high note. “When they turned I was so excited that I was just thinking, ‘What am I going to say or do when I’m done?’ and I almost forgot to hit the last note,” West said. He and his family planned to pick Team Adam if he got through, though West admitted that Gwen almost convinced him to change his mind.

Watch Josh West on The Voice Mondays and Tuesdays at 8:00 p.m. EST only on NBC.

‪Thank you @adamlevine I’m so excited to keep performing on #teamadam! Thank you so much for teaching and believing in me! #VoiceBattles‬