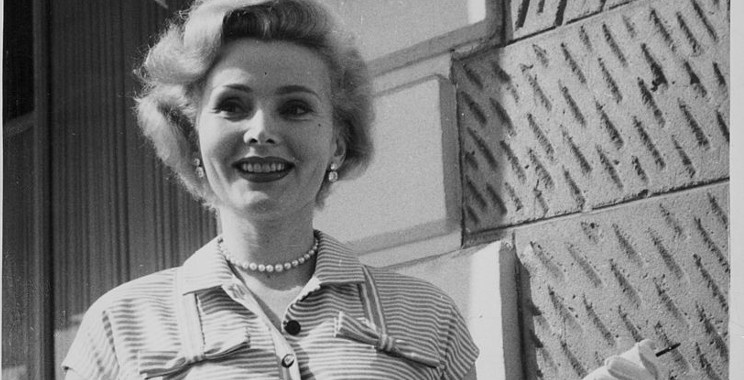 Hungarian- American actress Zsa Zsa Gabor passed away on December 19, 2016, at her Bel-Air home. To remember the established and famous actress, we have assembled some of Zsa Zsa Gabor’s quotes.

Socialite Zsa Zsa Gabor passed away on Sunday at the age of 99. She suffered a massive heart attack and died surrounded by her friends and family in her home. For a long time, Zsa Zsa was not keeping well, especially, after her serious accident in the year 2002, which left her partially paralyzed.

Zsa Zsa was famous for not just her movies but also her love life. She was married nine times. One of her husbands was Hilton hotel groups’ founder Conrad Hilton. Zsa Zsa was also renowned for being outspoken which resulted in several of her statements being categorized as quotes. Zsa Zsa Gabor funny quotes are one of the things which will help us to remember the beautiful actress.

Also Read: Zsa Zsa Gabor Wiki & Net Worth: How Much Was the Late Miss Hungary Worth?

She was a high-profile socialite who was unwell for a long time before her death on December 18. She had one daughter Francesca Hilton, who died last year, in 2015 at the age of 16. Zsa Zsa was not aware of her daughter’s death due to dementia.

Her ninth husband Frederic Von Anhalt said that she did not die alone and she was surrounded by her loved ones. Apart from her looks and her work in the film industry, Zsa Zsa was also famous for her sense of humor and jokes. Given below are some of Zsa Zsa Gabor’s quotes that will give you a peek into the life of Zsa Zsa Gabor.