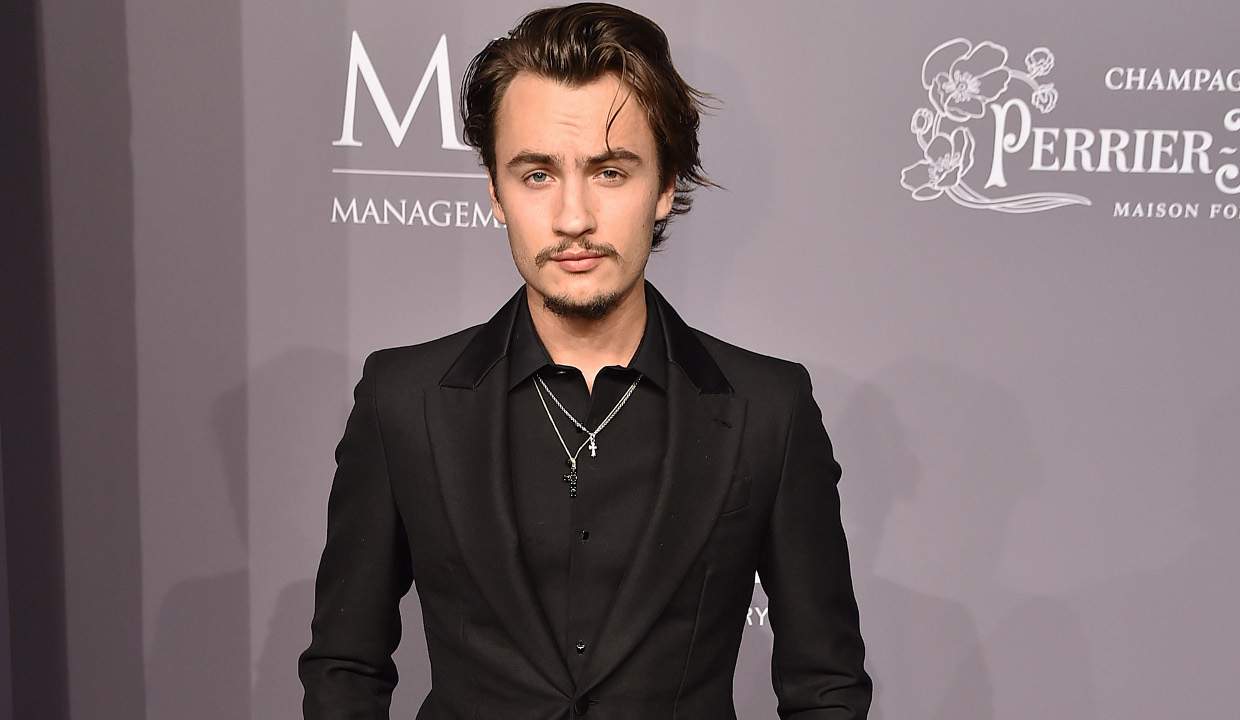 According to reports, tempers flared between Tommy Lee and his son, Brandon Thomas Lee after a physical altercation reportedly broke out between the father and son. Both have given their sides to the story but the attention is now on Tommy Lee and Pamela Anderson’s eldest son. Who is he? Read on to learn more!

Mötley Crüe drummer Tommy Lee has a nasty fat lip, and it’s all thanks to his son, Brandon Lee. The father and son reportedly got into a physical altercation which left the drummer bloody and bruised. What went down between Brandon Thomas Lee and his rocker dad?

Read all about the incident and more with details from Brandon Thomas Lee’s wiki, right here!

Who Is Brandon Thomas Lee?

Brandon Thomas Lee is the famous son of Mötley Crüe rocker, Tommy Lee, and Baywatch goddess, Pamela Anderson. Lee and Anderson had married in February 1995 after dating for just 96 hours.

Brandon Thomas Lee’s mother has always been known for her style, and her boys seem to be following in her footsteps. Brandon is her oldest son and is one of the modeling world’s rising stars. He’s walked countless runways and has worked with the likes of Dolce & Gabbana.

Growing up, the boys attended Hollywood events and concerts with their parents, which obviously influenced them. Brandon Thomas Lee has recently expressed his desire to venture into acting while Dylan Jagger Lee wants to be a musician. The elder Lee hopes to act in a Quentin Tarantino film one day.

Pamela Anderson’s fashion sense has always stood out. So, you would think that she probably had a role in influencing her sons’ tastes. However, it’s not the case with Brandon Thomas Lee.

“My mom stopped dressing me when I was very little,” said Lee. “Ever since then, I’m usually the one helping her with her outfits.”

The boys also look to their mom for advice.

According to Brandon Thomas Lee, “She’s always just told me to follow my heart, and if I truly believe in what I’m doing, success and happiness will follow me.”

Brandon Thomas Lee even had a starstruck moment when he met Beyonce. Queen Bey called him “handsome,” and that really gave him an ego a boost!

Monday. Who else is f**kin struggling this morning ? ?‍♂️

Lee is a regular with his mom and brother at fashion weeks. In one such event, he was seen cozying up with Sofia Richie. Romance rumors between them fizzled out soon enough, and Lee was seen with another model.

Pyper America is the Mormon model who has taken the fashion world by storm. She has worked with Armani, Moschino, Dolce &Gabbana, and Scervino. She is also a musician with the alternative rock band, The Atomics.

Lee and America have been each other’s date at many red carpet events. And the young couple is exclusive, according to a profile on America dated November 2017.

Altercation with His Dad

Tommy Lee and Pamela Anderson divorced in 1998 when the musician was accused of spousal battery. Tommy pleaded no contest to charges of kicking Anderson and spent six months in jail. The couple had an off-and-on relationship after his release but split for good in 2008.

Lee got engaged to his younger girlfriend, Brittany Furlan, on February 14, 2018. Recently, his abusive history was revisited when Anderson brought up the incident in an interview with Piers Morgan.

The 55-year-old musician was pretty upset about Anderson digging up old graves. He took to Twitter to slam his ex for bringing up his spousal battery history.

@piersmorgan ur interviews w/ Donald Trump & my ex-wife are pathetic! Think she’d find something new to discuss instead of rehashing old shit but I guess she has nothing else going on & needs attention ??‍♂️

Signed,
“The abuser” (who she texts everyday & asks for me back)

Less than a day later, he followed it with another picture himself sporting a bloodied, swollen lip.

“My heart is broken,” Lee wrote in the post. “You can give your kids everything they could ever want in their entire lives and they can still turn against you.”

The fat lip was the result of an alleged drunken brawl between Tommy Lee and his oldest son.

TMZ confirmed with authorities that police responded to Tommy Lee’s home on March 5, 2018.

According to reports, Brandon Thomas Lee was acting in self-defense and gave his dad a fat lip. It’s unclear what sparked the fight.

In response to the TMZ report, Tommy Lee took to Twitter to give his side of the story. Tommy claims that he and his fiancée were in bed when his son barged into the room and assaulted him.

As per Tommy’s account, his son knocked him unconscious and ran away from the police.

Brandon Thomas Lee hasn’t commented on the matter yet.

Hey @TMZ maybe get your facts straight before you go reporting bullshit. My fiancé and I were in bed when my son busted into the room and assaulted me. I asked him to leave the house and he knocked me unconscious. He ran away from the police. THAT’S the truth.