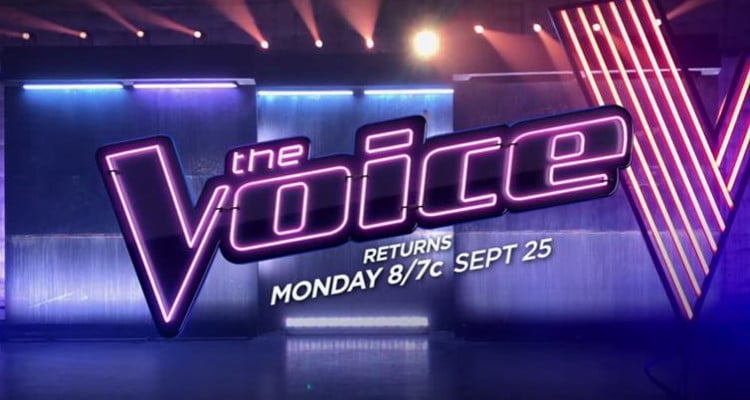 The Voice season 13 starts tonight. And after watching the sneak peak on YouTube, fans can’t wait to watch Jennifer Hudson and Blake Shelton take each other on! This season, the judges on The Voice are making the show a lot more interesting. So, here’s what you need to know before the season 13 premiere!

Jennifer Hudson is a new face among The Voice season 13 judges! Gwen Stefani and Alicia Keys are sitting this season out, but the boys are back! Miley Cyrus is making her return to the show after a short hiatus, and the 24-year-old could not be happier. Here’s what you need to know about the new judges on The Voice season 13.

The Voice released a video of the new panel on their YouTube channel. In what looked like a spin-off of The Real Housewives, Jennifer Hudson and Blake Shelton are seemingly taking every opportunity to get at each other!

The foolishness is what makes the show so much fun to watch, and the producers agree. Executive producer Mark Burnett said, “It’s like a family playing a board game. It’s all fun when you’re a family, but people want to win. And they’re really going to go for it.”

Although it’s all fun and games, things can get heated real quickly on the show! Jennifer Hudson is the “new kid” on the block, and it’s fairly obvious that the other judges won’t let her forget it. Hudson was the winning coach in The Voice U.K., and is also a Grammy and Oscar winner. She has now joined The Voice 2017 as a coach, and has a pretty good chance of winning.

Shelton is already marking his territory, and taunts Hudson about coming from the “minor leagues” to The Voice U.S. But that doesn’t stop the witty Hudson from dishing out some comebacks! The showdown between the two artists is already something fellow judges Miley Cyrus and Adam Levine love, and we’re sure it’ll make this season all the better for fans.

Though the four coaches are trying to find the best voice for their team, it looks like Adam Levine and Blake Shelton have put their rivalry on hold in favor of a bromance. We wonder how long it will take before their competitive natures take over.

Not only does The Voice entertain, it also finds talent that can be honed and perfected. The show is known for churning out amazing singers every season, and with these talented coaches, there is nothing that can stop The Voice season 13 from finding amazing singers!

The Voice won four Emmys, and whether they had Shakira, Usher, or Alicia Keys on the judging panel, it garnered a lot of attention. According to Burnett, this season is going to be just as great as previous ones, “Thirteen is officially my lucky number and always has been my whole life, it’s just a great show: part talent competition, part family sitcom.”

The Voice blind auditions will be premiere tonight on NBC. And although there are snippets of the show already making its rounds on the Internet, there is a lot more that people don’t know about! The Voice’s new judges are Jennifer Hudson and Miley Cyrus, and both will compete with the bickering boys to take home a win.

With a lot more of fun and games coming your way, The Voice 2017 is looking promising. Let’s see how Jennifer Hudson fares on the show, and what happens to Blake Shelton and Adam Levine’s “temporary” friendship! Don’t forget to watch The Voice tonight at 8:00 p.m. EST only on NBC.