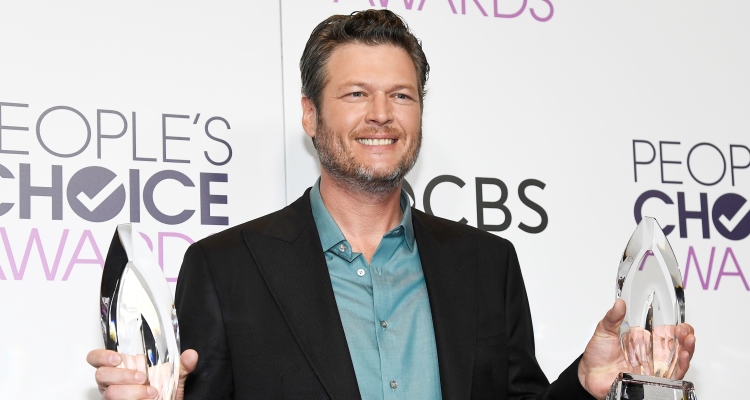 After last night’s episode of The Voice, it’s no wonder that fans are wondering what the Voice coach has been up to lately. With his upcoming tour, his coaching duties on The Voice, and his loving relationship with fellow coach/girlfriend, Gwen Stefani, the Oklahoma native is living the good life right now! From Blake Shelton’s net worth to his personal life, we have everything you need to know about the country crooner, in our Blake Shelton wiki.

Blake Tollison Shelton was born in Ada, Oklahoma on June 18, 1975 to Dorothy (a beauty salon owner) and Richard (a used car salesman). Blake started singing at an early age and was taught how to play the guitar by his uncle. In 1990, his older brother, Richie, was killed in a car crash. After graduating high school, Blake moved to Nashville, Tennessee to pursue a singing career.

Blake Shelton’s Songs and Net Worth

Shelton has been in the music business for decades and is still releasing hit country songs today. The 40-year-old “Came Here to Forget” singer has a net worth of $60.0 million, the same as his Voice co-star, Adam Levine. Shelton doesn’t make as much on The Voice as he does when he tours, but when it comes to coaching the next big star, the “God Gave Me You” singer is all in! Country may not be as popular as all the other genres, but Shelton knows how to draw in a crowd and champions for his brand of music, every chance he gets.

It seems like it was only yesterday when Shelton and ex-wife/country singer, Miranda Lambert, 33, got married in Boerne, Texas. Now, the former country star power couple are divorced, and reportedly, some of Miranda’s latest hits following her breakup were influenced by Shelton. Then again, the same (but vice-versa) can be said about Blake Shelton’s, “She’s Got a Way with Words.”

“Marriage is a tough business, and we gave it our best college try,” she said in a Cosmopolitan cover story, via Us Weekly.

“I had a great relationship with an amazing man,” she went on. “I know what good is. I have a great launching pad for the future. I will never take that for granted,” she added.

Before Lambert met the new man of her dreams, Anderson East, she also talked about how she made herself feel good.

“I feel the sexiest when I’m in my element, which is playing music,” she told the outlet. “It doesn’t really matter what I’m wearing necessarily or where I’m at, just on stage with my band playing music is sort of where I feel like I belong and that makes me feel sexy.”

Shelton wasted no time finding love again and not too long after his divorce was finalized, he moved onto 47-year-old Voice coach, Gwen Stefani. The couple have been finalizing wedding plans on top of working together and are never too far apart. During last night’s episode, the two weren’t shy to declare how much they love each other, and occasionally get made fun of by their co-stars, Adam Levine and Alicia Keys.

In an interview on Ellen, Levine joked about how he gets to sit beside Stefani and Shelton doesn’t. And just recently, Keys jokingly claimed she loved Stefani more than Shelton does!

Shelton and Stefani have been dating for 16 months and viewers can’t get enough of them on The Voice. Everyone on the show gets along well and the happy couple aren’t afraid to tell each other how they really feel. Their friendly rivalry on the show is also a guilty pleasure for fans to watch each week. What could be better than a couple fighting over the next rising star? We’re sure it puts the potential team member in an awkward position, but it makes for great TV!

When Shelton isn’t grooming the next rising star, he’s on his 2017 tour, “Doing It To Country Songs.” The North-American country tour is heading across the United States and Canada, starting from March 9 at the Golden 1 Center in Sacramento, California to September 16 at the American Kickoff in Colorado Springs, Colorado.

It looks like Shelton has his hands full and won’t be lacking any adventures this summer. Maybe we will finally get a real answer on those wedding details!