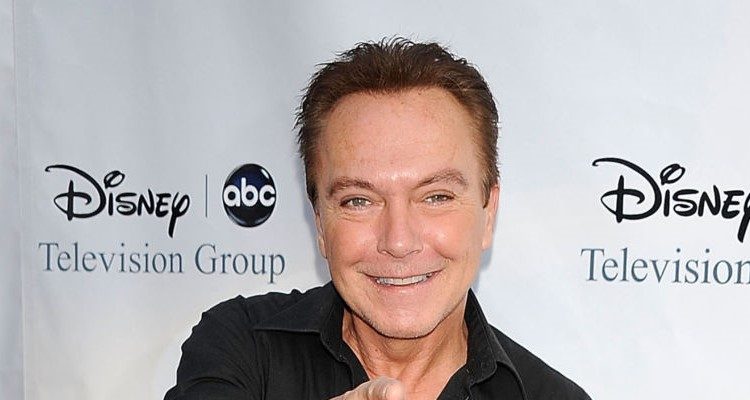 It’s a sad day in Hollywood as David Cassidy’s death was announced on November 21. The Partridge Family star was battling for his life in the past week, and passed away at the age of 67. Now, fans are remembering him through his most iconic role as Keith Partridge in the hit musical sitcom, and many are wondering where The Partridge Family cast is now.

David Cassidy died surrounded by his family, both reel and real, when he was taking his last breath. He was a beloved star who went off-track with alcoholism and substance abuse, which could have led to his liver and kidney failure.

But the teen-idol from the ‘70s left an impression like never before. And now more than ever, everyone wants to know about The Partridge Family cast.

Keith Partridge was the oldest son in the musical sitcom that made TV something else back in the golden era of the ‘70s. He played a major role in the musical adventure with his widowed mother and siblings, and Keith was instantly a hit character for his charm and smile. He was the typical guitar-playing, lead singer that every girl wanted to date, and Cassidy fit the role too well.

After the show ended, much like his reel life, Cassidy began making music in his real life, too. He went on tours, recorded songs, and was living the high life.

Cassidy’s downfall began with a relationship failure and things took a sharp turn for the worse. He filed for bankruptcy in 2015, and was also involved in a hit-and-run case.

The star was arrested for impaired driving and sent to rehab for his drug problems. But, he was still a fan favorite after 47 years since the show first aired.

Now, fans have nothing but his on-screen presence. And some might even say he left too soon. But what about the rest of the beloved cast? Read on to know more about who each of them were and what they’re doing now!

Shirley Partridge was mommy dearest in the show. She played a widow who lost her husband and the father of her five children.

Shirley Jones was the real-life stepmother of David Cassidy, who played her oldest son on the show. Jones is now 83 years old.

She said about her role, “When my agents came to me and presented it to me, they said if you do a series and it becomes a hit show, you will be that character for the rest of your life and your film career will go into the toilet, which is what happened.”

The actress appeared in movies like Elmer Gantry, The Music Man, and Christmas is Here Again. Jones’ latest role was in the 2016 movie, The Irresistible Blueberry Farm.

He was your run-of-the-mill middle child, with a wacky sense of humor, and Bonaduce was just irritatingly entertaining enough for fans to love his character. The red-haired pre-teen was on vocals and bass guitar in the band, and his wild-child nature helped him with his role all too well.

Like Cassidy, Bonaduce also got into trouble with alcohol and drugs after the series. He was a radio talk show host, but most of his troubled personal life took over his professional career.

Bonaduce managed to bag roles in movies like Corvette Summer in the late ‘70s, but his career slowly diminished. He also starred in his reality show, Breaking Bonaduce in 2005, which showcased his personal troubles on TV.

Danny Bonaduce married Amy Railsback in 2010—his third marriage. The 58-year-old lives with his wife and two kids from his second marriage in Los Angeles.

Dey was 17 when she bagged the role of Laurie in The Partridge Family. The now 64-year-old is married to her second husband, Bernard Sofronski, with whom she tied the knot back in 1988.

Laurie was the typical teen girl whose problems were always a bit bigger to her than they really were. She was a sweet girl who wanted to make it big in life. She played the piano and Hammond organ in the show’s band.

Susan Dey was the only member of the TV family who chose not to do any reunions, which the other cast members did after the series ended.

Tracy was the youngest Partridge and she was just a doll! She was taken care of by her three older brothers. And to be honest, she was probably the smartest of the bunch! The little girl was a delight to watch and played the tambourine in the band.

Tracy’s fashion sense was on-point, too. Her powder blue frocks and ponytails made any girl want to dress like her off-screen.

Suzanne Crough lost her life at the age of 52 from cardiomyopathy, a rare condition. She passed away in her Nevada home and was married to William Condray for 30 years before she died in 2015.

When Crough died, co-star and on-screen brother Danny Bonaduce said, “Suzanne was a wonderful lady and a good mom. She will be missed.”

Chris Partridge was the witty little drummer of the Partridge band, which was originally played by Jeremy Gelbwaks. But after his exit in 1971, Gelbwaks was replaced by Brian Forster, who played the role until the end of the series in 1974.

Forster, who was nine years old at the time of his casting, recollected how excited he was to be a part of the show. “I remember being in fourth or fifth grade, dancing around to ‘I Think I Love You’ and all of a sudden I was going to be on the show, so I was pretty excited,” he said.

The 57-year-old took to race car driving in the early 2000s. And although he is no longer in the Hollywood limelight, Forster occasionally acts outside the industry.