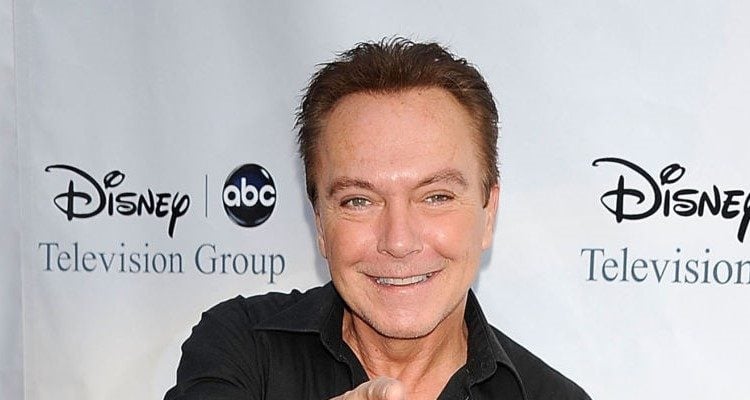 As the news of David Cassidy being in a hospital fighting for his life spreads, people want to know more about his family. He married three times, but none of his marriages lasted. David Cassidy’s kids are named Katie and Beau Cassidy, and his three ex-wives are Kay Lenz, Meryl Tanz, and Sue Shifrin. The main reason his third marriage reportedly failed was his constant drinking problem, which took a toll on his health. Cassidy announced earlier in 2017 that he would not tour anymore and just wanted to “enjoy life.” Keep reading to know all about David Cassidy’s family.

David Cassidy is in the hospital, and reportedly in serious condition, battling for his life. Cassidy is conscious after being admitted to hospital earlier this week after suffering multiple organ failure, according to reports.

A retired American actor, singer, songwriter, and guitarist, David Cassidy is known for his role as Keith Partridge in the 1970s music sitcom, The Partridge Family. Thanks to this role, he went on to become a teen idol and famous pop singer of the 1970s. Cassidy later had a career in both acting and music.

A spokeswoman said that Cassidy was admitted to hospital in Fort Lauderdale, Florida, on Wednesday, November 15, 2017, after suffering intense pain. He is reportedly suffering from kidney failure, and he also reportedly needs a liver transplant.

Earlier in 2017, Cassidy admitted that he was suffering from dementia and he would stop touring so that he could “enjoy life.” And now with his hospitalization, the spotlight has fallen on Cassidy’s family.

His First Wife Was a Talented Child Actress

David Cassidy’s wife, Kay Lenz, whom he married on April 3, 1977, was his first wife. Lenz is an American actress who started out as a child performer and has worked mainly in television.

Lenz was born on March 4, 1953, in Los Angeles, California. Her mother, Kay Miller, was a model and radio engineer, and her father, Ted Lenz, was a producer and commentator.

As a child, Lenz appeared on TV shows such as The Andy Griffith Show and Opie’s Group, as well as in stage productions. After appearing in a role in the classic coming-of-age film American Graffiti in 1973, she earned fame for her role as a free spirit in the film, Breezy, which was directed by legendary actor-director, Clint Eastwood.

A Long and Fruitful Career

Lenz made guest appearances in films like The Streets of San Francisco, MacGyver, Gunsmoke, McCloud, and Petrocelli. She played a lead role in the film, White Line Fever (1975) before settling for a career in television.

Lenz played guest roles in many television shows like the miniseries Rich Man, Poor Man, and the series, Midnight Caller, for which she won an Emmy Award. She continues to act today, and has acted in series like The Tick, Once and Again, Law and Order: Special Victims Unit, NCIS, Cold Case, CSI, and Bones.

The actress’ marriage to Cassidy did not last long. Lenz divorced Cassidy after only six years of marriage on December 28, 1983. They did not have any children together.

Cassidy married for the second time in 1984. The woman in question was a horse breeder named Meryl Tanz, whom he had met earlier in 1974 at a horse sale in Lexington, Kentucky. This marriage also proved to be unsuccessful, and the couple divorced and went their separate ways in the mid-1980s.

Despite being twice bitten, Cassidy remarried for the third time on March 30, 1991, and his bride was Sue Shifrin. This marriage lasted for a while, but the couple reportedly had problems due to Cassidy’s excessive alcohol consumption.

Positive thought, love, light and prayers ?? to Sue Shifrin- Cassidy. She’s a gem ? of a woman who I was fortunate to…

After almost 23 years of marriage, Shifrin could not take his drinking any longer, so she filed for divorce from Cassidy in February 2014.

His Daughter’s an Actress, Too

David Cassidy has two children of his own. He has a daughter named Katie Cassidy from his relationship with Sherry Williams. The actor also has a son named Beau Cassidy from his marriage to his third wife, Sue Shifrin.

Katie Cassidy is an American actress who has appeared in both television and films since making her acting debut in 2003 in the TV series, The Division. Since then, she has appeared in other series like 7th Heaven, Sex, Love and Secrets, Melrose Place, Gossip Girl, Arrow, The Flash, and Legends of Tomorrow.

Cooper my little hopeless romantic man…. just like your father! ?

Cassidy has also acted in several films such as When a Stranger Calls, The Click, Taken, A Nightmare on Elm Street, Kill for Me, The Scribbler, and Wolves at the Door. Two of her forthcoming films, Grace and Cover Versions, are both in post-production.

Even though Cassidy amassed a lot of wealth in his heyday, he has struggled financially in recent times and filed for bankruptcy in 2015. Currently, David Cassidy’s net worth is reportedly around $500,000.

Cassidy’s life has been less than perfect, with him being arrested at least three times between 2010 and 2014 for impaired driving. Now, David Cassidy’s health has deteriorated and he is reportedly in serious condition at a Fort Lauderdale hospital.

According to sources, David Cassidy’s family is with him right now by his side, and we wish him a speedy recovery.

Please send your thoughts & prayers to David Cassidy and his family. David is in critical condition with failing organs. He is surrounded by friends and family, and still conscious. Send your love ❤️