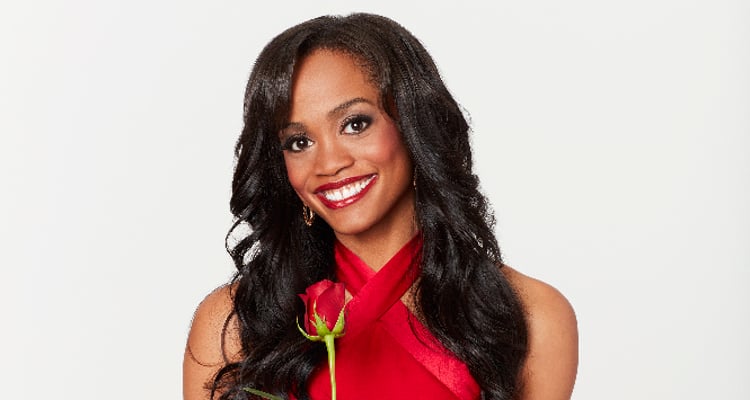 The beautiful Rachel Lindsay is looking to find her future husband from 31 men. And the smart Dallas attorney did it! She sifted through The Bachelorette cast and narrowed it down to the top four men to go on the hometown dates with. The lucky guys are: Dean Unglert, Bryan Abasolo, Eric Bigger, and Peter Kraus. All four eligible bachelors are intelligent, talented, and quite determined to be Rachel’s man.

In The Bachelorette 2017 premiere, Rachael Lindsay reunited with some fellow contestants from The Bachelor season 21. Alexis reminded her to not count out a man arriving in a costume, while Corrine’s advice was to let Rachel’s emotions guide her.

Also Read: Lucas Yancey: Is the “Whaaboom” Guy on “The Bachelorette” the Villain of the Show?

The 31 handsome men were then introduced to Rachel. Of all the suitors, we saw the “Whaboom” guy, Lucas Yancey, who stayed in the limo with a megaphone to announce his arrival.

Yancey’s catchphrase did not go well with fans, who did not hold back on their opinions of him. However, the only person who needed to like him —Rachel Lindsay— found him interesting and he got a rose at the end of the night.

But Colombian chiropractor, Bryan Abasolo successfully swooped Lindsay off her feet, and earned the first impression rose. The 37-year-old thanked her with a kiss on the lips.

Who Went Home in The Bachelorette Premiere?

During the first Rose Ceremony, Rachel Lindsay gave roses to everyone except Mohit, Rob, Kyle, Blake K., Grant, Jedidiah, Michael, and Milton, who were eliminated on night one of The Bachelorette season 13.

Do you think Rachael Lindsay made the right choice? Let us know your opinions below. Don’t forget to watch The Bachelorette Monday nights at 8:00 p.m. EST on ABC.