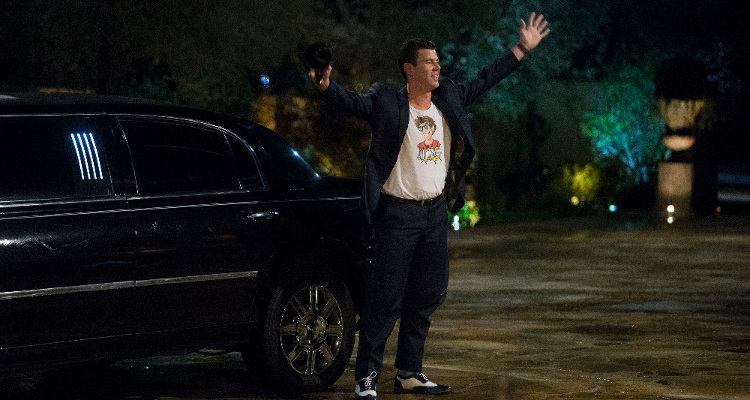 The Bachelor franchise is known to have at least one villain each season. From Corinne Olympios to Chad Johnson, they become the contestants we love to hate, and hate to love.

Season 13 of The Bachelorette is only one episode in and, though fans can’t figure out who our villain is just yet, we definitely know who they do not like. Fans (and some other contestants) did not shy away from their opinions about the annoying “Whaaboom” guy, Lucas Yancey, who many believe is unemployed and cannot even pay his bills.

Lucas’ “Whaaboom” Entry on The Bachelorette

The Bachelorette Season 13 premiered on Monday, May 22, 2017. We saw Rachel meet the 31 guys vying for her heart, and we got to see who made it past night one. One guy who stole the show was Lucas Yancey.

Lucas managed to irritate fans with his outrageous entry on The Bachelorette. He stayed in the limo introducing himself through a megaphone, and told Rachel that one of his testicles was larger than the other. When he finally stepped out, he wore a t-shirt with his catchphrase on it, which apparently can be purchased from his website.

From the looks of it, people are convinced that Lucas is here to promote himself, and not to find love. That is why fans were shocked that Rachel gave him a rose! Rachel explained her decision to Yahoo saying, “As weird as it may have been, he was intriguing to me. I was curious to find (out) more about Lucas — not the Whaaboom… I thought it was really cute, really different. Again, I was entertained.”

Lucas Yancey is 30 years old and from Los Angeles, CA. He is a real estate investor who worked as a PA for the Farrelly Brothers. He also has a YouTube channel, and an IMDB page that mostly showcases production credits, as well as an appearance on WE’s Ex-Isle.

Check out Lucas Yancey’s loud arrival on The Bachelorette below: