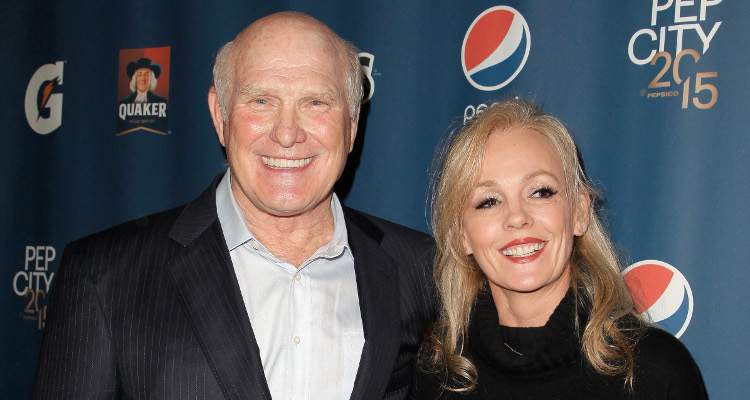 Terry Bradshaw has long since retired from a celebrated NFL career, but he hasn’t left the game by any means. He now sits in the comfort of the broadcasting booth as co-host of Fox NFL Sunday. Recently, he was revealed to be The Deer on The Masked Singer. He said the quirky reality singing show was the hardest thing he’s ever done, yet the judges and the crowd went wild when he took off the mask. Despite his vibrant post-football days, Bradshaw had a tough personal life. Fortunately, he found solace in his wife, Tammy. Find out about Terry Bradshaw’s amazing wife, right here in our Tammy Bradshaw wiki.

Before Tammy, the legendary quarterback married three times. Avid viewers of NFL Sunday have seen him joking about his past marriages. His first wife, Melissa Babish was once Miss Teenage America in 1969. They divorced in 1973 after 18 months of marriage.

He moved on from his divorce with figure-skating star, JoJo Starbuck. They married in 1976, around the time she became the first prominent American to endorse Cup of Noodles. After their divorce in 1983, she turned to coaching and choreographing aspiring skaters in New Jersey.

His third wife, Charla Hopkins is a prominent family attorney. They were married from 1983 to 1999. She is a managing attorney and shareholder at KoonsFuller, PC and was named among the top lawyers in the country. Her love for her hometown in Denton, Texas led her to open a ranch there.

#2. She’s Taken His Mind off His Past Divorces

A divorce can take a toll on anyone, and Bradshaw’s three divorces weighed heavily on him. After retiring from the league, he admitted he suffered from terrible anxiety attacks after games. His attacks worsened after his third divorce.

“I could not bounce back from my divorce—emotionally—I just could not bounce back,” said Terry. “With any bad situations I’d experienced before—a bad game or my two previous divorces—I got over them. This time, I just could not get out of the hole. The anxiety attacks were frequent and extensive. I had weight loss, which I’d never had before. I couldn’t stop crying. And if I wasn’t crying, I was angry, bitter, hateful, and mean-spirited. I couldn’t sleep, couldn’t concentrate. It just got crazy.”

There is very little known about Tammy Bradshaw. We do know she was born in October 1961. Formerly Tameria Alice Luttrull, she was married to a David Luttrull in 1983 but they divorced in 1998. After dating for 15 years, Tammy and Terry finally married in July 2014. They have no children together.

They never fail to show that they are one adorable couple. Tammy has a generous spirit and participates in philanthropy with her husband. Her net worth is not known but Terry Bradshaw’s $15.0 million net worth certainly helps their charitable nature.

They donated to Philadelphia defensive end, Chris Long’s initiative, Waterboys, which brings life-sustaining water to drought-affected African communities. In April 2017, the Bradshaws funded construction of the 19th well, and challenged Pittsburgh to raise funds for one more.

They also support the American Quarter Horse Association and recently donated funds for the grand prize at the 2018 AQHA Lucas Oil World Championship Show. The couple is dedicated to raising, breeding, and showing champion Halter horses through Terry Bradshaw Quarter Horses, based in Thackerville, Oklahoma.

Terry has two daughters, Rachel and Erin, with his second wife, Charla. Rachel appeared on Fox’s short-lived reality show, Nashville about aspiring country singers. She was married to Rob Bironas, an NFL player whose life and career were cut short by a car accident.

Erin graduated from the University of North Texas in Denton and now shows champion paint and quarter horses. She married fellow AQHA exhibitor Scott Weiss on May 6, 2017, with proud dad Terry on hand to give her away. Considering Tammy and Terry’s support for the AQHA, we can tell she is also a supportive stepmother of Terry’s daughters.