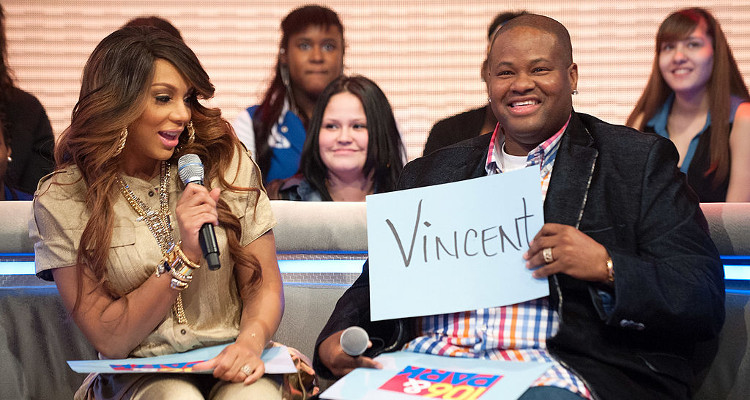 Vincent Herbert lost his family when he was still a teenager. His passion for music helped him survive and become the talented record producer he is today. He had a close brush with death after he was hospitalized with blood clots, but he survived and has lost 100-lbs. With a tidy net worth of $10.0 million and a loving, supportive wife, Herbert is now a new man.

Sometimes losing is a good thing! Especially when talking about weight loss. That’s exactly what Tamar Braxton’s husband, Vincent Herbert, has done and everybody is raving about it. Vincent Herbert’s weight loss has become a talking point in the music industry of which he is a big part. Herbert has reportedly lost almost 100-lbs and his wife can’t stop gushing over it. She told People magazine, “I’m very happy only because he’s much healthier and I want him around forever, but, you know, I like a little meat on my man’s bones.” People are curious to know more about him, so we have some details from Vincent Herbert’s wiki right here.

A Man of Immense Talent

Born on January 27, 1969, in Newark, New Jersey, Vincent Herbert’s age is 48. Herbert, whose nickname is “Vinnyherb,” is a songwriter, record producer, record executive, and the founder of Streamline Records. He has helped create music for artists in genres like R&B, soul, and pop. He worked with artists like Tatyana Ali, Aaliyah, Destinee & Paris, Toni Braxton, Dream, Destiny’s Child, JoJo, Hi-Five, Mindless Behavior, Lady Gaga, and his wife, Tamar Braxton. Herbert is a bit of a TV star as well having appeared with his wife in the WE TV reality show, Tamar & Vince. The series is a spin-off from his wife’s family’s reality show, Braxton Family Values. Herbert is also the manager of his wife’s singing career and produced her second studio album, Love and War.

Vincent Herbert’s net worth is a tidy $10.0 million and sure to grow because of his talent and passion about music. That’s why so many artists want the chance to work with Herbert. He has pursued the creation of music as a higher purpose from a young age. Vincent Herbert’s parents passed away when he was still a teenager, and later he lost his brother as well. Remembering the tragedy Herbert once said “Losing my mom at 13, losing my dad a couple of days later, and then burying my brother a few years later. You just really realize what life really means.”

Dark Days Are Over

Tamar Braxton’s husband’s weight loss surgery was a result of him suffering from multiple blood clots in 2012. Herbert had to be hospitalized and underwent surgeries to help him lose weight. Braxton spoke about this tense period in the couple’s life in 2015 saying, “He has seven blood clots and what I do want to say about that is you’ve got to be really careful. You’ve got to get checked to make sure that your blood is not too thick.” Thankfully those days are behind them, and Herbert is doing what he does best —helping artists create good, original music. Turning around his life, losing weight, and having a happy marriage has made Vincent Herbert a healthy, wealthy and wise man.