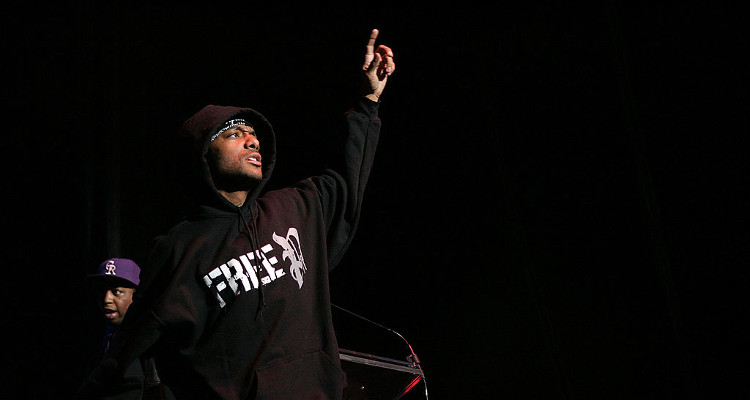 The hip-hop world is shaken with the sudden death of Prodigy, one half of the Mobb Deep duo. Along with his partner, Havoc, Prodigy set fire to the New York hip-hop culture with rhymes true to street life.

The hip-hop group, Mobb Deep lost one half of its culture-dynamic artists, when Prodigy passed away suddenly on Tuesday (June 20). An avalanche of condolences and remembrances have poured in from the hip-hop music circle as Prodigy had a big impact on the music culture of New York. His death comes as a shock and everyone is wondering how Prodigy died. Take a look at Prodigy’s wiki to know more about his cause of death and his work.

A Legacy of Music

Prodigy was born as Albert Johnson into a family of musicians in Hempstead, New York. His grandfather, Budd Johnson and his great-uncle, Keg Johnson are remembered for their contributions to the Bebop era of jazz. Budd Johnson was an acclaimed saxophonist, and Keg was a trombonist.

His mother, Fatima, was also a singer and part of the Phil Spector group, The Crystals. The group’s songs like “Uptown,” “He’s a Rebel,” “Then He Kissed Me,” and “There’s No Other (Like My Baby),” were Billboard and Rolling Stone hits. Though the group reunited and remains active today, Fatima remained in retirement.

How Mobb Deep was Formed

In high school, Johnson met Kejuan Muchita (a.k.a. Havoc) through a mutual friend. They duo called themselves the Poetical Prophets before choosing the name Mobb Deep. Steve Rifkind, founder of Loud Records, spoke about how he knew he had to sign the duo right away.

“I first met Prodigy when Mobb Deep came up to my offices looking for a record deal in early ’94. They had a swagger to them, they had an ‘it factor,’ they were like superstars. I remember, without hearing any music, thinking, ‘I got to sign these guys,’” he said. Mobb Deep released The Infamous (1995), which was certified gold in two months.

Their follow-up album was Hell on Earth —a cinematic album with lyrics depicting the dark side of the New York urban landscape. With the album, the emcees created a hardcore gangster image for themselves. In 2006, the duo earned more than $380,000 in album sales. Prodigy’s individual net worth hasn’t been calculated, but the duo is worth $10.0 million together.

A Man with Friends and Enemies

Prodigy had just as many friends in the hip-hop circles as he had enemies. He has had quite a few feuds with other artists in his time. In the mid-’90s, the media-fueled East Coast-West Coast hip-hop rivalry pitted Mobb Deep against West Coast rappers like Tupac and Snoop Dogg. The late emcee, Tupac, also took a dig at Prodigy’s illness in a diss track. Mobb Deep responded with the track “Drop a Gem on ‘Em,” which was released after Tupac was murdered, but recorded before he died.

He also had a feud with the trio Def Squad, which had the group’s Keith Murray punch Prodigy in a club. The two then targeted each other with their songs. He was once vocal about his dislike for Saigon. So, when Saigon performed at a Mobb Deep show, an argument backstage resulted in an altercation. While serving his sentence for weapon possession charges, he ranted online against Crooked I, but they buried the hatchet later.

The Mobb Deep duo even had a feud among themselves, with Havoc tweeting derogatory comments about Prodigy’s sexuality. The duo were hot and cold with each other while on hiatus. They eventually reconciled and went on a tour together.

His Wife Stuck By Him

The 42-year-old emcee’s sexuality has long been speculated, but in truth, he was married to Kiki Johnson. He wrote about his love for her in his autobiography, My Infamous Life: The Autobiography of Mobb Deep’s Prodigy. In the book, he mentions that he turned down Mary J. Blige for Kiki, who was introduced to him by Havoc. She stuck by him through thick and thin, which included legal issues and jail time.

The couple have a son together and Prodigy has a daughter from a previous relationship. The father and daughter actively posted about each other on their Instagram accounts. It’s not known whether Prodigy and Kiki were together at the time of his death. She reportedly cheated on him, but there’s no word on whether or not they separated.

Happy Fathers Day❤️! Thank you for always being there for me …this pic pretty much speaks for itself ? I love you dad !! @prodigymobbdeep

How Did Prodigy Die?

Prodigy was battling sickle cell anemia for a long time. In an interview, he explained that the hereditary condition often caused him pain. On Tuesday, a rep for Mobb Deep broke the news that the rapper passed away. The cause of death hasn’t been officially confirmed, but he reportedly died of complications from sickle cell anemia. He was 42.

“Prodigy was hospitalized a few days ago in Vegas after a Mobb Deep performance for complications caused by a sickle cell anemia crisis. As most of his fans know, Prodigy battled the disease since birth. The exact causes of death have yet to be determined. We would like to thank everyone for respecting the family’s privacy at this time,” the statement read.

Artists like Nicki Minaj, Lil Wayne, Wiz Khalifa, Questlove, and more have expressed their grief on social media after rapper, Nas was the first to break the news of his death. Prodigy’s longtime partner, Havoc hasn’t commented, but posted two tribute pictures of his late friend on Instagram.