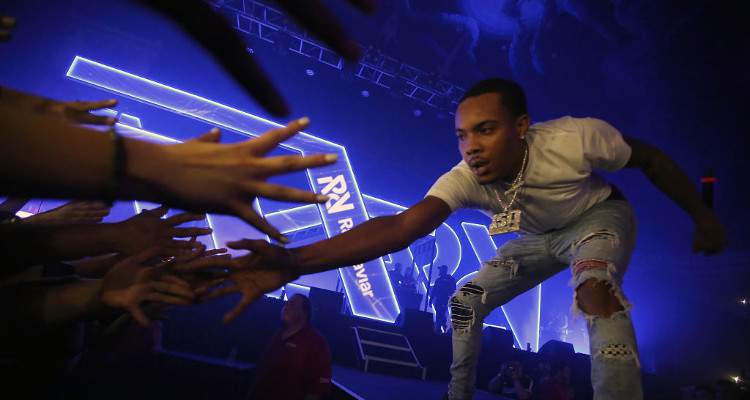 G Herbo’s love life seems to be in a pickle right now. His girlfriend and baby mama, Arianna Fletcher alleged that he cheated on her with Fabolous’ stepdaughter, Taina Williams. And in a recent Instagram post, it looks like Fletcher had enough of it and dumped him. Get the scoop on G Herbo and his girlfriend’s troubled relationship, right here!

It looks like Arianna Fletcher is a single woman again! According to a post recently made by Fletcher and discovered by The Shade Room, she has officially dumped Rapper G Herbo after she caught him cheating on her again.

On April 11, 2018, the now exes welcomed a baby boy into the world. Ari and G Herbo’s son is named Yosohn Santana Wright.

In the past, rumors had been circulating that their relationship was in hot water, after Fletcher caught him cheating with several women. G Herbo didn’t bother to clear the air about the claims.

But it looks like Fletcher had enough and made it clear that she is now single. The 23-year-old mother, model, and owner of KYChe Extensions took to Instagram and posted about her new relationship status.

For some reason, the post is now deleted. But there are rumors that G Herbo cheated on her with Fabolous’ stepdaughter, Taina Williams.

According to the rumors, Ariana Fletcher caught G Herbo doing a FaceTime call with another female, who fans claim is Taina Williams.

In fact, in one of Williams’ posts on Instagram, G Herbo stated that he has been single for a while now. And the speculations of him cheating on Fletcher started because of his comment on Williams’ post.

#Flashback Reminiscing on my trip to Mexico 🇲🇽 Missing the authentic food & that sun ☀️ I had so much fun there, I literally can’t wait to go back! Did you ever think of going? @VisitMexico #ad #MexicoLove #VisitMexico

None of them confirmed whether G Herbo really cheated on Ariana Fletcher with Taina Williams. So, we’ll just have to wait and see if the rumors about the breakup are really true! Until then, we’ll be stewing over the latest tea spilled by Ariana Fletcher and the fact that she might really be done with G!

Also Read: Why Did the YouTube Stars, Domo & Crissy Break Up?