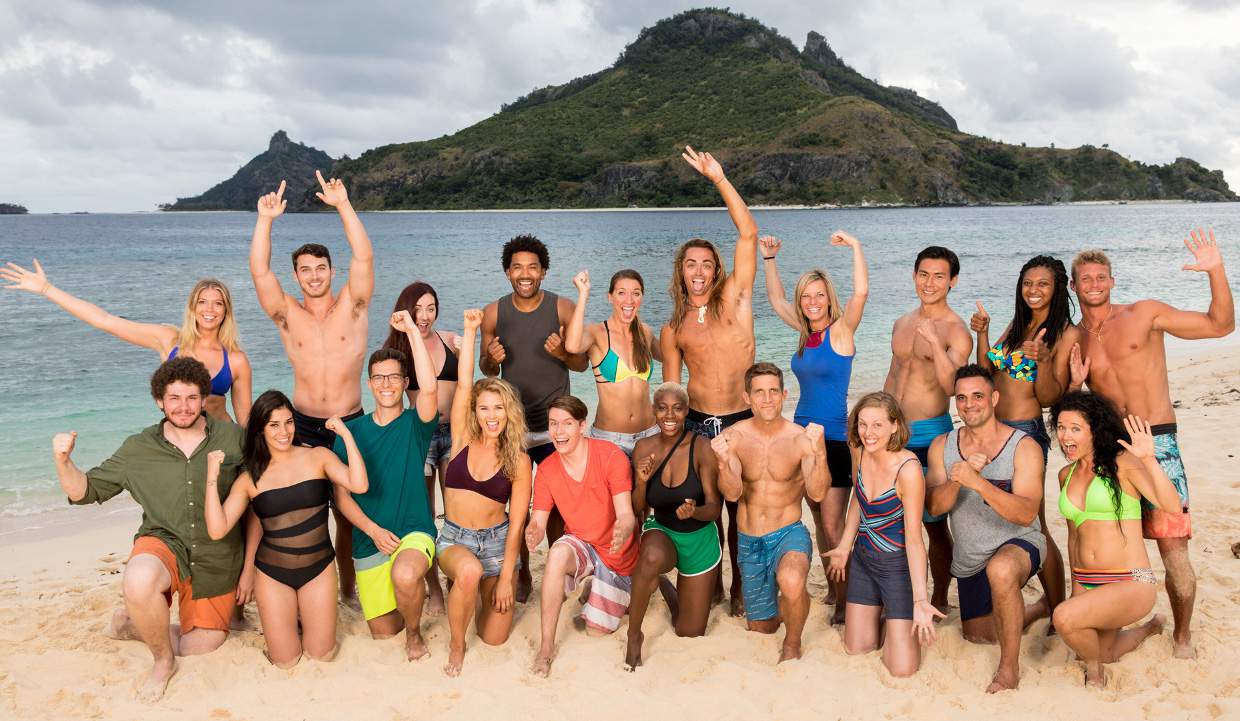 Season 36 of Survivor premiered on February 28, 2018 on CBS, and this time, the contestants travel to Fiji for 39 days. But to win this game, they need to consider and learn from the mistakes of past survivors.

In last night’s episode, somebody’s plan backfires, and the wrong person ends up going home. Before you continue to read the article, we are giving you a heads up that it contains episode 4 spoilers!

What Happened on Survivor: Ghost Island?

Things get a little physical with the remaining castaways on Survivor on episode 4.

In last week’s episode, Morgan was sent home after the tribe swap. Morgan thought she was successful in convincing her new friend, Libby, to stick with her. However, Libby decided to stick with her tribe mates for the vote.

Episode 4 is called, “Trust Your Gut,” which started after tribal council on Night 9. Wendell and Domenick are surprised to lose their ally. And Angela also feels betrayed because they made her their target.

Wendell and Domenick feel like the odd men out. Their only piece of comfort and confidence comes from Domenick’s concealed idol. But on Day 10, he finds out that Morgan willed him the Legacy Advantage and says (to the cameras) that it’s essential he reverses the curse.

In last night’s reward challenge, the contestants (while in the water) had to try to grab inner tubes from each other to score points. The reward for this challenge was a peanut butter and jelly sandwich lunch! Also, the winning tribe got advantage to send one member of the losing tribe to Ghost Island.

However, this time, the exiled contestant would be back before the next immunity challenge and would not have immunity from the next tribal council.

Naviti wins the first two rounds and Malolo wins one, but then Naviti ends up winning the challenge. Rather than deciding which member from Malolo should go to Ghost Island, they let them draw rocks to figure it out.

Kellyn’s worst fear comes true when she draws the white rock and is sent to Ghost Island. She says that she’s afraid, but feels that maybe it’s meant to be and it may help her win the show.

What Happens On Ghost Island?

On Ghost Island, Kellyn manages to select a useful clue, which directs her to a game of chance. She is asked to risk her vote against selecting two options, and one of them would be an advantage in the game. However, Kellyn goes with her gut instincts and decides to keep her vote instead of selecting an advantage.

At Naviti, the tribe is celebrating and enjoying their yummy prize. Chris figures out what happened at tribal council. So, he goes to the Malolo members and offers to team up with them to remove Domenick and Wendell.

But Laurel is not so keen on working with Chris and would rather work with Wendell and Domenick. Meanwhile, Domenick ends up telling Laurel the truth about him having a real idol!

In this week’s immunity challenge, the teams have to recover an underwater chest in order to free themselves from the water cage, drag it ashore (it’s heavy as hell), and move it towards a narrow perch. They must push the chest along a track, which is a feat in itself. Once completed, they can open the chest, which contains balls. They then must toss balls on perch above them and ensure five of those balls land/stick.

Malolo is quite confident with a huge lead, and it looks like they will have an easy win. But, Naviti makes a surprising comeback and ends up winning the challenge and immunity!

Malolo ends up going to Tribal Council, and boy was Kellyn relieved that she kept her vote! She is pretty confident that the numbers are in her favor and her original tribemates because the breakdown was five to four.

Bradley, Sebastian, Kellyn, Chelsea, and Desiree discuss whether they should target Michael or Brendan. Michael and Brendan are nervous it’s one of them, but they also have a hidden idol. They tell Jenna and Stephanie about the idol, and everybody agreed to make something happen.

Their plan involved Michael revealing the idol at Tribal Council and announcing that he was going to use it for one of the four Malolo members. By doing this, they hoped it would thwart the original Naviti plan or sway at least one of their members to change their votes to avoid being eliminated.

At Tribal Council, the majority decides to stick together. However, Brendan and Michael try to break up their pact by telling Chelsea and Sebastian that they are at the bottom of their tribe.

Michael then shows his idol and says that he was going to “reverse the curse” by explaining that he could use it for two people. Michael and his minority members decide to target Bradley.

After all the members cast their votes, Michael announces that his idol could actually be used for only person. He decides to use it for Stephanie, which means all the votes against her are null and void.

However, Michael’s plan didn’t work, and it backfired as Brendan was voted out, which was the original plan of the majority. Unfortunately, no one from the majority group flipped.

Michael selected the wrong person to save.