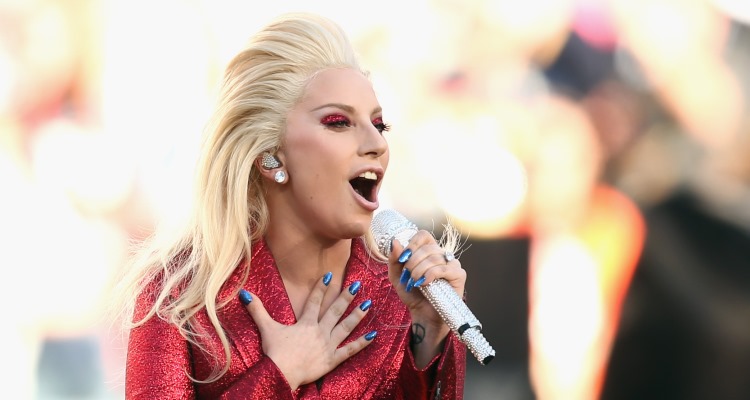 Who is doing the Super Bowl Halftime Show this year? The real question is: How can anyone still be asking things like “Who is in the halftime show for Super Bowl 51?” So, to answer your question: Lady Gaga will take the stage at the NRG Stadium in Houston, Texas on February 5th and it’s going to be one spectacle you won’t want to miss!

Whether you’re supporting the New England Patriots or the Atlanta Falcons, it’s safe to say that everyone is on Team Gaga. The Mother Monster herself is going to give an memorable performance as one of the 2017 Super Bowl Halftime Show performers. The 30-year-old Grammy winner and global superstar put on an amazing performance as she sang the National Anthem at last year’s Super Bowl, but now (for the second time) she’s playing an even bigger part of football’s biggest night.

This year, Luke Bryan will take the stage to start things off by singing the National Anthem and so far, there have been no reports of anyone else joining the Joanne singer on stage. Once again, the Super Bowl is going Gaga and here’s everything you need to know about what the “Perfect Illusion” singer has planned.

She’s Been Training Around the Clock

The Super Bowl is only days away and the Falcons and the Patriots aren’t the only ones who have been preparing non-stop. In a behind-the-scenes Pepsi video, the singer’s manager, Bobby Campbell gave a glimpse of the pop star’s rehearsals, proving that Gaga is preparing for the big show just as much as the athletes are preparing for the big game.

“For us, the Super Bowl performance is her showing up the way the players are going to show up that day for the game,” he said. “She’s training for this just like an athlete. She stops at nothing to deliver a once-in-a-lifetime performance. This is the type of performance that you work a whole lifetime for, and there’s no question that she’s absolutely made for this moment.”

Gaga has also been training every day in anticipation for the big show. It may only be a short period of time, but Gaga wants to make every minute count.

“She has a heart that speaks through everything that she does,” Campbell continued. “And we want to bring everyone together for that 12 and a half minutes to celebrate the game, the athletes, the sport, but also I just want people to remember that she knows how to conquer a stage like the Super Bowl.”

She’s Wants to Do Things Differently

In the sneak peek video, Gaga explained she wants to do things differently than in the past.

“I think the challenge is to look at it and say, ‘What can I do differently? How can I elevate certain little things here and there, and also make it about the music?’ This is where I’m supposed to be,” said Gaga.

Thank you to my friend, family, and collaborator for many years @nicolaformichetti for designing this major #Joanne custom outfit for my @xfactor performance! Styled by @brandonmaxwell @tomeerebout & @sandybottombabe1 !!!!!❤️❤️❤️❤️?

She’s Looked to Past Performers for Inspiration

It’s hard to think of Lady Gaga as someone who’s afraid to let anyone down. And although she’s extraordinary, she is human, after all. The multi-Grammy winning singer made it her mission to study past performers who headlined the Super Bowl in the past in order to make her performance stand out from the rest. With no other acts set to take the stage alongside Mother Monster, all eyes will be on Gaga to provide a worthy show.

She told Radio Disney, “Michael Jackson was incredible. I also loved Diana Ross. To be honest, I loved all of the halftime shows. Bruce Springsteen—my father was a big fan—I really loved his halftime show too. I want people to feel the patriotism of the event.”

With inspiration from world-renowned performers like them, we’re sure Lady Gaga is going to give a history-making performance—one that will rival her previous one. Super Bowl Halftime Shows are always what anyone is talking about that night and the next day, so there’s no doubt that Lady Gaga will come through for her fans.

At last year’s Super Bowl Halftime Show, Beyoncé took the stage with Coldplay and put on an unforgettable show, despite some of the controversy she got for her Black Lives Matter message. The Lemonade singer has always been outspoken about the movement and used the late Michael Jackson as inspiration for her costume.

@inezandvinoodh my other mom and dad took there's @harpersbazaarus pics. I love them so much they are family. Xoxo, Joanne

Could “Bad Romance” Be Involved?

In the behind-the-scenes video, Ricky Jackson explained his plans for the big show and has been tweeting about the exhausting, long days and how thrilled he is to be working with Lady Gaga.

“Hugging @ladygaga saying; ‘I can’t believe we made it here! The #SuperBowl,’” he wrote earlier this week.

She’s Been Ready Her Whole Life

“I’ve been planning this since I was 4, so I know exactly what I’m going to do,” the singer said in a promotional behind-the-scenes video for the show. “For me, it’s all about giving to the fans and bringing people together that wouldn’t normally come together. The thing is, it’s such a big world stage in terms of how many people see it and it’s been done so many times.”

She Wants it to Be Fun for the Whole Family

In an interview with Radio Disney, the pop star revealed that she wants the Super Bowl to bring families closer together.

“I want every guy’s girlfriend in his arms…I want every husband and wife kissing…every kid laughing,” she told Radio Disney. “In my mind they’re having this really powerful family experience watching the Super Bowl.” 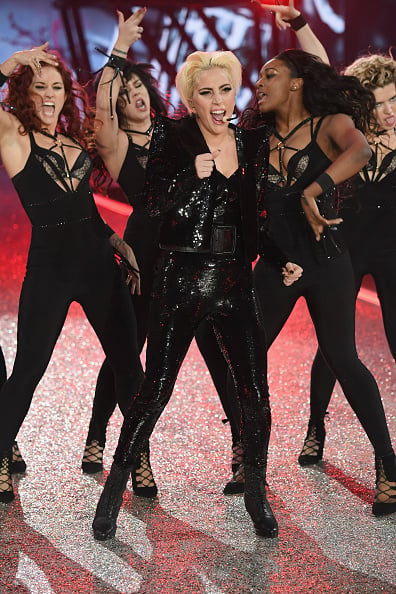 The “Bad Romance” singer’s most recent performance was at the 2016 Victoria’s Secret Fashion Show and she didn’t disappoint. We can only imagine how intense her Super Bowl Halftime show will be! Thanks to her sister Natali’s idea, Gaga has been rehearsing on the roof of the NRG Stadium. Why? That’s because the stadium’s roof is where she will be kicking off her performance! Only Lady Gaga can think of the most outrageous places to throw a party!

Don’t forget to watch the Super Bowl LI at NRG Stadium on Sunday February 5 at 6:30 p.m. EST on Fox! 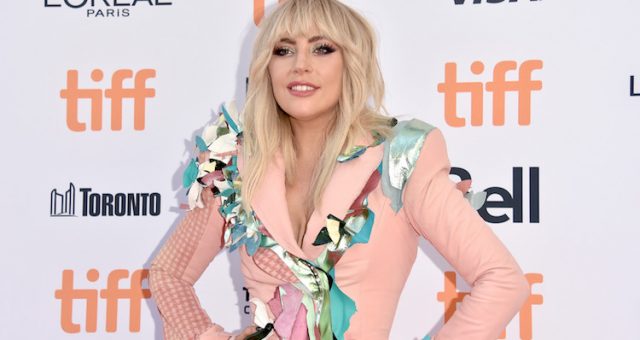