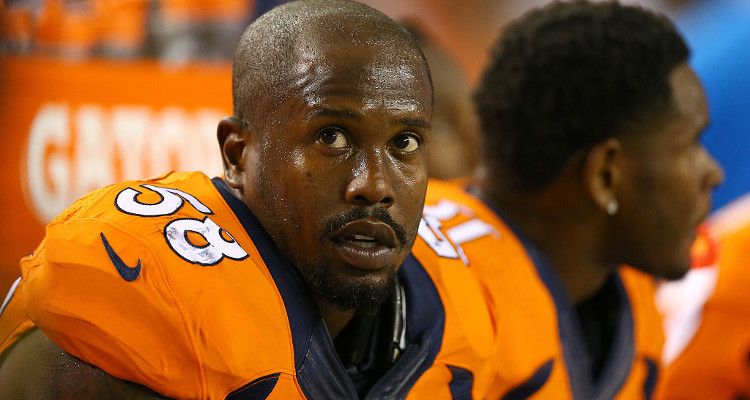 Von Miller is one of the best football players the NFL has ever seen. The 27-year-old outside linebacker for the Denver Broncos was named the Super Bowl 50 MVP.

Von Miller was named as a captain of the American Football Conference (AFC) squad, along with L.A. Chargers quarterback, Phillip Rivers, Baltimore Ravens safety, Eric Weddle and Cleveland Browns tackle, Joe Thomas. During Pro Bowl week, Von Miller came out in support of fellow NFL player, Phillip Rivers and went on a seven-minute rant about how Rivers was one of the league’s best passers. As a First Team All-Pro, Miller was named to the Pro Bowl for the fifth time in his flourishing six year football career. The talented star garnered legions of fans after his phenomenal performance last season, where he notched 78 tackles, three passes defenses, 13.5 sacks, and three forced fumbles. Miller is one of the six players from the Denver Broncos to play in the Pro Bowl, and joining him will be defensive backs Chris Harris Jr., Aqib Talib, and Darian Stewart, as well as wide receivers Demaryius Thomas and Emmanuel Sanders. Here are five facts you need to know about AFC Pro Bowl Captain, Von Miller’s wiki, including his net worth, college, contract, stats, salary, and information on the infamous Von Miller and Elizabeth Ruiz sex tape.

Best known for receiving the annual Super Bowl 50 MVP 2016 award, Von Miller plays outside linebacker. While he currently plays for the Denver Broncos in the NFL, Miller played college level football at the prestigious Texas A&M, where he earned consensus All-American honors. The 27-year-old star was drafted second overall by the Broncos during the 2011 NFL Draft, and is a five-time Pro Bowl selection, who received first-team All-Pro honors as a rookie. Following the defeat of the Carolina Panthers by the Broncos in Super Bowl 50, Miller was named the Super Bowl 50 MVP in 2016. 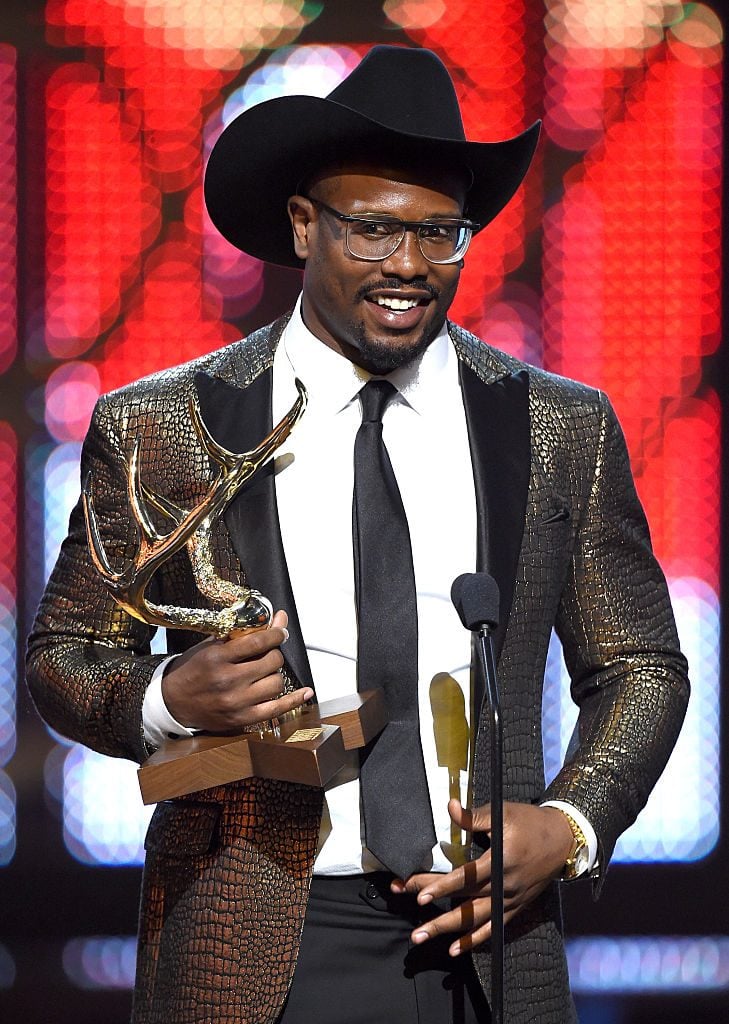 #2. His College Major was Poultry Science and He Loves Raising Chickens

Born Vonnie B’Vsean Miller Jr. in Dallas, Texas, the 6’3” player has a younger brother named Vinsynzie “Vins.” It surely looks like sports run in the family, as Miller’s parents (Von and Gloria) were athletes in college and high school, as well. The Texas native went to DeSoto High School, where he played for the school football team and ran track and field. The all-rounder also competed in hurdles, javelin throw, and triple jump. Miller kicked off his football career as a four-star recruit, and was subsequently courted by prestigious universities, including Florida, Ole Miss, Texas Tech, and Oklahoma.

He chose to attend Texas A&M, where he played for the Aggies football team and received widespread praise and recognition, such as first-team All-American honors and the coveted Butkus Award. Surprisingly, Miller graduated from Texas A&M with a degree in poultry science, and when he isn’t playing football, he raises chickens on his farm! Miller became the Defensive MVP at the 2011 Senior Bowl, before being drafted by the Denver Broncos second overall in the 2011 NFL Draft. 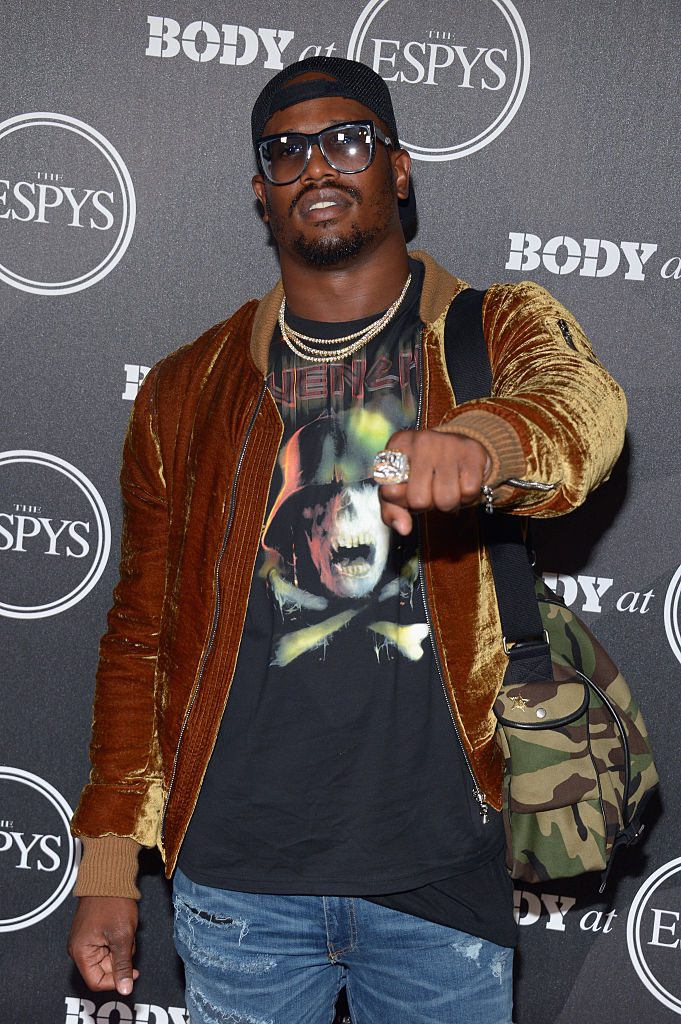 #3. He Founded Von’s Vision to Give Free Eyewear and Exams for Underprivileged Children in Denver

There’s no doubt that Von Miller is a family man with strong ties to the community. Back in 2012, he created the Von’s Vision Foundation for children in Denver-based, low-income families to receive eye exams and eyewear. The organization hosts Von’s Vision Days, a two-day program that provides children with eye check-ups and glasses, if needed. Von’s Vision Day partners with eyewear retailers to give free screenings, eye exams, and corrective prescription eyewear. Another initiative is the Von Miller’s Back to School Vision Day to address children’s eyewear needs before they start school, and it gives them a chance to meet Miller himself!

#4. He Competed on Season 22 of Dancing with the Stars

Aside from showcasing his phenomenal skills on the football field, Miller has proven that he can shake a leg as well! The multi-talented star was a contestant on season 22 of Dancing with the Stars, where he was partnered with dance pro, Witney Carson. However, the duo was sent home mid-way during a double-elimination round, and finished in eight place. Is there anything Von Miller can’t do?

#5. He Filed a Restraining Order Against Model Elizabeth Ruiz, after She Tried to Extort $2.5 Million for a Sex Tape

Von Miller’s life has had its share of ups and downs. In 2013, the NFL star was arrested for failing to appear in court for speeding and driving with a suspended license. Last November, reports surfaced that a Cuban Model named Elizabeth Ruiz was demanding $2.5 million from Miller to destroy a sex tape that was filmed on the couple’s vacation to Cancun. However, Ruiz denied all claims of wanting money, saying that she kept the video all this time because she used it “to play” with herself. She claimed that the recording was consensual saying, “Me and Von ended up having sex in a room. While we were having sex, he was like, ‘We should record this….’ When I finally give in, I’m like, ‘Okay, we’ll record this.’ So I pulled out my phone, and we started recording. The whole time, everything was consensual.” After receiving extortion threats, Miller filed a restraining order to prevent Ruiz from selling and distributing the recording to media outlets. 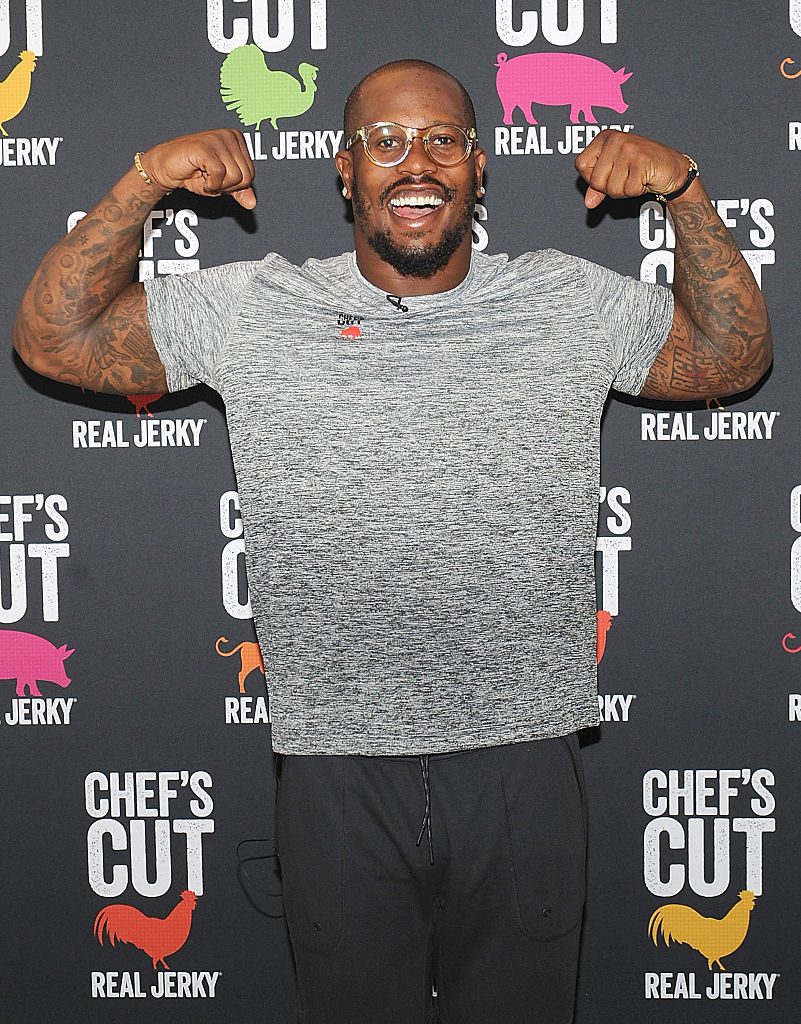