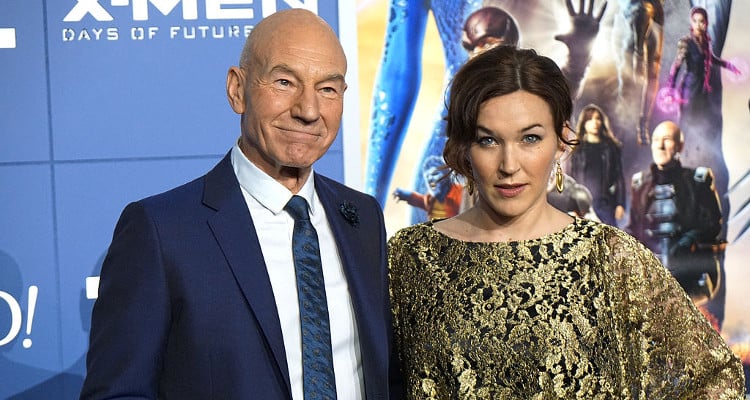 Sir Patrick Stewart has a had an illustrious, four-decade-long acting career. But he’s best known for portraying Captain Jean-Luc Picard in Star Trek and Professor Charles Xavier in the X-Men franchise. But who is Patrick Stewart married to? Find out more about his wife right here.

We saw Patrick Stewart portray Professor Charles Xavier for the final time in Logan, alongside Hugh Jackman, who will be retiring from his role as Wolverine. While Professor Xavier hasn’t had much luck in the love department, Patrick Stewart’s relationships have been attention-grabbing, including his current one with Sunny Ozell. Who is Sunny Ozell? She is a musician who has been married to Stewart since 2013, which is a change from Stewart’s previous partners who were famous actresses. Find out more about Patrick Stewart’s wife, including facts about her net worth, work, age, and family in Sunny Ozell’s wiki.

#1. From Waiting Tables to Producing Albums

The Nevada native grew up in a music-loving household. Though her parents didn’t play or perform music, they were passionate about music education. They had Ozell take up classical training at a very early age and she could play the violin since the age of four. At 11, she began vocal training and realized her dream of pursuing a professional music career. When she was 13 years old, she began working with an opera coach.

While studying English Literature at a university in Colorado, she began singing in blues and soul-funk bands. After graduating, Ozell moved to New York where she became part of the city’s musical community, performing a blend of jazz, blues, and American roots music in clubs. She performed both original songs as well as covers of renowned blues songs. At that time, she worked as a waitress to earn some extra cash.

While Ozell has been a mainstay in the jazz music scene for many years, her first album, Take it with Me released in 2015. She currently tours and performs around the world. Her net worth is not known at this time.

She waited on tables for five years while dating Stewart, who has a net worth of $60 million, because she is an independent woman who wants to be self-sufficient.

Hey LA, it's been a minute. I'm sharing the stage with some excellent musicians. Come shake it with us. https://t.co/R7BQkLi6Il pic.twitter.com/kzrLj1LjWj

Stewart doesn’t play any instruments, but he’s a got a Shakespearean voice with which he has sung in many theatrical productions. He’s also a lover of jazz and went to the club Ozell was working at back in 2008. Many didn’t recognize him as he covered his bald head with a baseball cap. But she did, and offered him dessert on the house.

“She came on very late at night and by the time she did I was almost at the point of thinking, ‘This is going to be a disaster. I should go now and not return any calls.’ But then she sang ‘The Tennessee Waltz.’ It was beautiful. I had never heard it sung that way. I was very impressed,” he told the Daily Mail. “Talent is very attractive. Never mind what anybody looks like. When you hear wonderful music, the appeal is almost irresistible.”

Sunny Ozell was attracted to his talent, too. She told him she wanted to see Macbeth, the play Stewart was in at the time. He invited her to his play, but the blood and gore of Macbeth was exhausting for the young musician. Just when she thought she’d have to turn down Stewart, he had her charmed and they began dating.

#3. Age is Just a Number for This Couple

The 76-year-old is 39 years older than Sunny Ozell. Their enormous age gap created a few problems in their relationship. For Stewart, it was Ozell’s father who didn’t approve of their union. In fact, the Blunt Talk actor is five years older than his wife’s father! However, he soon warmed up and gave them his blessing.

It was Stewart’s children that were Ozell’s concern. Stewart has two children with Sheila Falconer, who he was married to for 24 years. His son, Daniel Stewart is 47, while his daughter, Sophie Stewart is 42 years old. For 38-year-old Ozell, it’s clear why she would be nervous.

“The trickiest bit was meeting his kids, who are 42 and 47,” she said. “That was territory I trod on very lightly. I didn’t want to force myself on them… but they were very welcoming.” Stewart has grandchildren who find their new youthful grandmother an oddity. “One of Patrick’s grandkids —a 12-year-old girl— is just now starting to get that it’s funny to call me grandma,” said Ozell.

But age is irrelevant to the couple, who married in 2013 in a Lake Tahoe ceremony officiated by Sir Ian McKellen. According to the couple, they make up for the gigantic age gap. 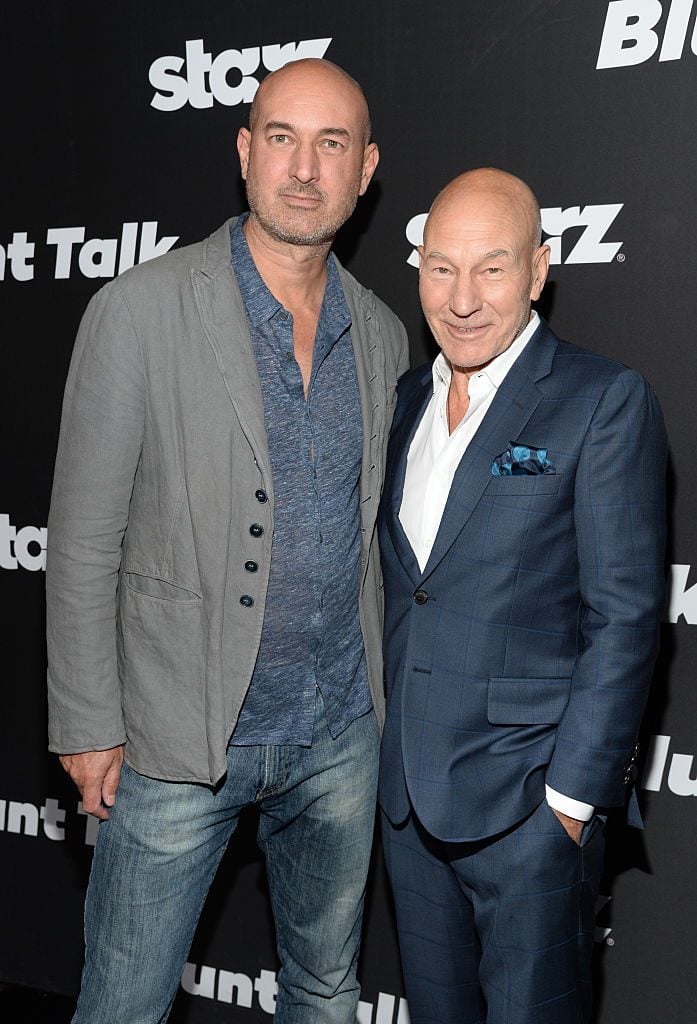 “He is so youthful and I guess I’m kind of an old worry wart, so we bridge the gap… It hasn’t come up much. He’s in better shape than I am physically, which infuriates me,” Ozell said. Stewart isn’t affected by their age gap either, but age is still a touchy subject for the actor. “I cannot fully understand this age thing. I’m 75. It’s not affectation, I honestly don’t know what happened, how I got here,” explained Stewart. (Ain’t that the truth!)

A downside of being in his 70s is that Stewart is seeing many of his good friends in the industry pass away. But age is not slowing him down. “I remember my 40th birthday vividly and I swear to God it was last week. I have a little bit of arthritis, but I don’t feel any different and I don’t feel I behave or look that different,” said Stewart. That’s certainly a great outlook to have!