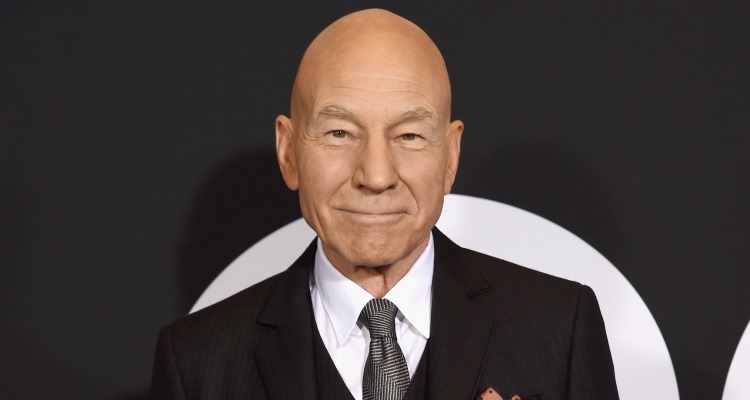 Any reference to the ‘90s hit show, Star Trek: The Next Generation is incomplete without the mention of Patrick Stewart, who portrayed the role of Captain Jean-Luc Picard. The famous actor is ranked among Hollywood’s A-listers after a successful film career spanning nearly six decades. So, it really shouldn’t come as a shock that Patrick Stewart’s net worth is an incredible $60 million!

Die-hard action-adventure buffs who grew up watching Star Trek will agree that Patrick Stewart is unwittingly the undisputed king of sci-fi television. The 76-year-old English actor, who has been appointed an OBE and knighted for his contribution to drama, is best-known for his role as Professor Charles Xavier in the X-Men series and of course, Star Trek. His other memorable works include the popular TV shows, Blunt Talk and American Dad!, besides his long and successful stint with the Royal Shakespearean Company. The multi-faceted actor has earned a name for himself with his diverse roles on stage, in film and television. Here is everything you need to know about Patrick Stewart’s net worth, endorsements, cars, houses, children and wife, Sunny Ozell.

Patrick Stewart is well-known for his stellar acting chops and powerhouse performances. He catapulted to fame almost overnight with his role as Captain Jean-Luc Picard in Star Trek: The Next Generation, which ran from 1987-1994. The unexpected success of the TV show made Stewart a wealthy man and drastically increased his net worth. Since then, there was no looking back for the brilliant actor, as he was flooded with film roles and became one of the most sought-after stars in Hollywood.

Reportedly, Stewart earned $100,000 per episode of Star Trek, and received a whopping $5 million in salary after being signed on for the film adaptation of the series, Star Trek: First Contact. Patrick Stewart’s net worth continued to rise slowly and steadily, as he pocketed salaries of $9.5 million and $14 million for Star Trek: Insurrection and Star Trek: Nemesis, respectively. The Logan actor’s vast fortune was built thanks to his immense talent, discipline and industrious nature, earning him widespread respect and admiration from his costars. 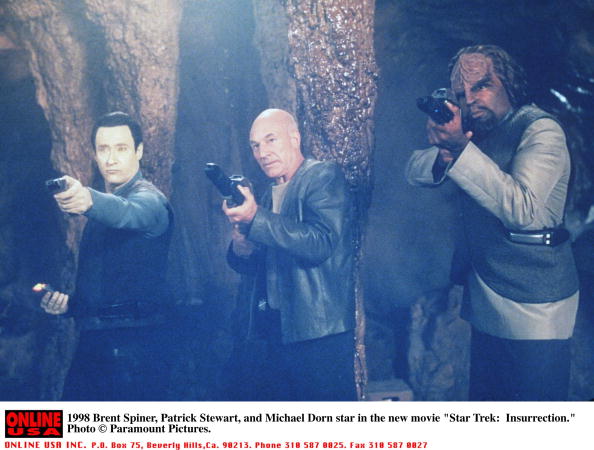 The actor’s fame and fortune have allowed him to live an extravagant lifestyle and travel in high-end luxury cars, besides hobnobbing with Hollywood’s rich and famous. Patrick Stewart’s houses are definitely worth a second glance, and he owns three properties; a $4 million villa in Los Angeles, an estate in Greenwich, England, and a home in Brooklyn, New York. His Greenwich mansion, worth $21.5 million, is a dream home with five bedrooms and a breathtaking view. In 2012, Patrick Stewart and his wife purchased an upscale apartment in Park Slope, New York, which is valued at $22.5 million and has seven bedrooms. Talk about living in style!

Not much is known about Patrick Stewart’s cars, but it’s a well-known fact that he has a penchant for vintage cars. He even owns a Lightweight Morgan as well as a McLaren 650S. If you’re wondering about Patrick Stewart’s endorsements, the X-Men actor has a lucrative deal with the malt beverage brand, Strongbow Cider, and was featured as a voice-over artist in commercials for Porsche, Pontiac, Goodyear, MasterCard Gold and Stella Artois beer.

Patrick Stewart’s Net Worth Compared to his X-Men Costars

Born and raised in Mirfield in the West Riding of Yorkshire, England, Stewart grew up in a poor British family with his older brothers, Geoffrey and Trevor. Patrick’s father, Alfred Stewart was a regimental sergeant major in the British Army, while his mother, Gladys was a textile weaver. He was first introduced to the world of theater by his English teacher, Cecil Dormand, to whom he attributes his acting career. As a child, Stewart was disinterested in studies and failed once, after which he dropped out of school at 15 to pursue an acting career. Stewart participated in local theater productions, putting on performances with his friend and fellow actor, Brain Blessed, which eventually helped them both secure grants to attend a prestigious theater school. 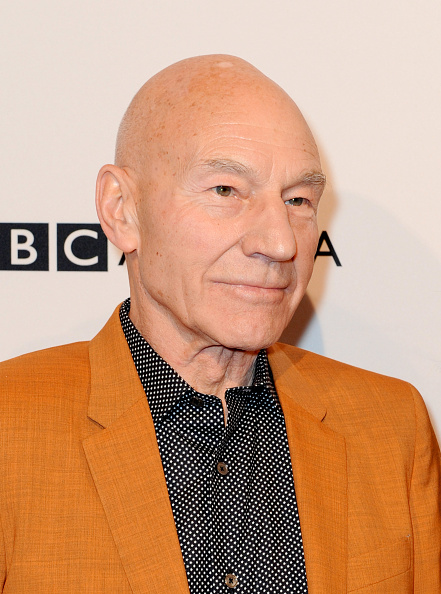 Transition From Theater to Television

After a stint with the Manchester Library’s Theater, Stewart’s immense talent landed him a membership with the famous Royal Shakespearean Company, where he met actors Ben Kingsley and Ian Richardson. By the late 1960s, he was featured in minor television roles, eventually making his big Broadway debut in the early 1980s. Stewart kicked off his career on the small screen with roles such as Fall of Eagles, I, Claudius, Tinker Tailor Soldier Spy and Smiley’s People. The turning point in his life came when Stewart was offered the titular role of Captain Jean-Luc Picard in the revival of the original ‘60s show, Star Trek: The Next Generation.

Over the next few years, Stewart became a household name and won legions of loyal fans with his performances in the four big screen adaptations of Star Trek, which also earned him a well-deserved SAG Award. Subsequently, Stewart became an established brand name and Hollywood directors clamored to work with him. The famously bald actor was inevitably typecast for the role of a sci-fi hero, and was signed on for the successful film franchise, X-Men in the late 1990s. He went on to appear as Professor Charles Xavier in the seven movies and recently announced that he would be leaving the series following his final role in Logan. 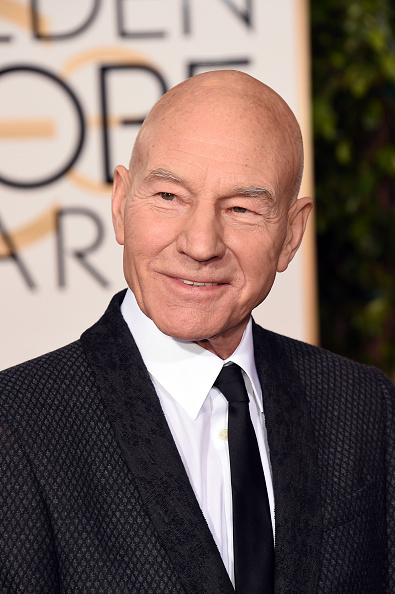 Besides his phenomenally successful Hollywood career, the respected actor has earned accolades for his work on television, as well. In 1998, Stewart received an Emmy Award and a Golden Globe nomination for essaying the role of Captain Ahab in the TV film, Moby Dick. He also had minor supporting roles in Frasier, Top Gear, Eleventh Hour, The Mysterious Island and Extras. Since Stewart was first and foremost a theater actor, the Tony Award-nominated star returned to the stage to take part in several Shakespearean adaptations including A Christmas Carol, Waiting For Godot and Who’s Afraid of Virginia Woolf. His firm and authoritative voice has also landed him several voice-over roles such as Ted, The Prince of Egypt, Ice Age, Chicken Little and Jimmy Neutron: Boy Genius. 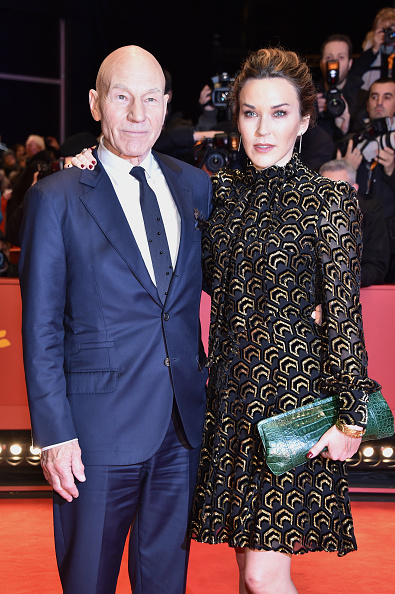 In case you were wondering who Patrick Stewart was married to, the theater veteran has been married three times and has been divorced twice. Patrick Stewart’s first wife was Sheila Falconer, to whom he was married for 24 years. The former couple share a son together named Daniel and a daughter named Sophia. His second marriage to Star Trek: The Next Generation producer, Wendy Neuss was short-lived and lasted only three years. Following a brief relationship with his onstage costar, Lisa Dillon, Stewart finally found love with the Brooklyn-based singer-songwriter, Sunny Ozell. Despite their vast age difference, the 38-year-old performer and Stewart have been happily married since 2013, and currently reside in New York.