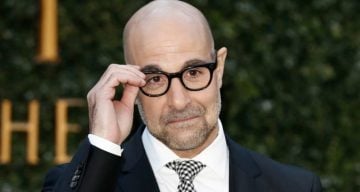 With the upcoming live-action remake of Walt Disney’s Beauty and the Beast, fans are excited to see Stanley Tucci take on the role of Maestro Cadenza, a musician who is transformed into the musical instrument, the Harpsichord.

Best known for his character, Nigel in The Devil Wears Prada (2006), Tucci has had a lengthy career in the Hollywood circuit. His IMDB page boasts a large resume of Stanley Tucci’s movies and on-screen roles, and fans can catch him next in FX’s latest series Feud, which premiered on March 5th. We’re diving further into his personal life, bringing you all the information you need on Stanley Tucci’s wife Felicity Blunt, his late wife Kathryn “Kate” Tucci, and Stanley Tucci’s children, Isabel, Camilla, Nicolo and Matteo.

Early Life and Emerging into an Actor

Stanley Tucci was born in Peekskill, New York to Stanley Sr., who was an art teacher and Joan (nee Tropiano), who was a secretary and writer. Tucci came from Italian roots and was the oldest of three, with a sister (Christine Tucci) who also became an actress.

He attended John Jay High School in Cross River, New York and then moved on to SUNY Purchase, where he graduated in 1982 with a major in acting. He made his big screen debut in Prizzi’s Honor in 1985, and then went on to develop a successful career in the field of entertainment.

Throughout Tucci’s illustrious career, he has earned himself a handful of prestigious awards, including two Emmys, two Golden Globes, and even a Grammy, not to mention the slew of other nominations he received for other roles!

Because of the nature of some of Tucci’s roles (and how well he portrays them), many have wondered, is Stanley Tucci gay? Though Stanley Tucci may play a gay man all too well on the big screen, the reality is, he’s straight as an arrow! And to answer the question, yes! He is married! Let’s take a look at the woman in Stanley Tucci’s life, and the tragic story of his late first wife, as well. 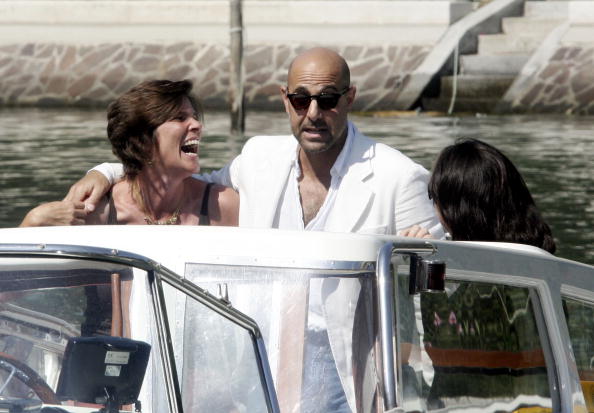 Stanley Tucci’s first wife was Kathryn “Kate” Tucci, a social worker he married in 1995. The couple went on to have three children together (Isabel, Camilla, and Nicolo), while raising Kate’s two children from her previous marriage. After 14 years of being happily married, Kate unfortunately passed away from breast cancer in 2009. It was heartbreaking for Stanley and their children, and to this day, they still feel the pang of her absence. In an interview with NPR one year after her death, Tucci opened up about the loss of his Kate saying, “There’s all the blaming of yourself, which you can’t do, but you kind of do… and I’m just — I’m mostly sad.” He added, “I’m sad for Kate that she can’t be here, and I’m sad for my children that they didn’t have the opportunity to spend more time with her because she was an extraordinary person.” 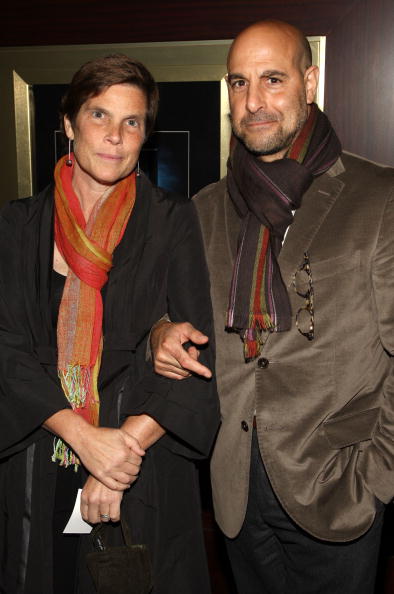 Also check out Dan Stevens’ Wife and Kids: Facts to Know about The Beast’s Real-Life Wife!

Stanley Tucci found love again in an English literary agent named Felicity Blunt, who also happened to be the sister of Tucci’s The Devil Wears Prada co-star, Emily Blunt. The two met a couple years after the film’s release at Emily Blunt’s wedding to John Krasinski. Tucci and Blunt were engaged in 2011 and married in 2012, where they had a small civil ceremony, followed by a larger reception at Middle Temple Hall in London.

Despite the 20-year age gap (Stanley Tucci’s age is 56 and Felicity Blunt’s age is 36), the two have a lot in common, and the fact that she is British made her even more attractive to Tucci. “Well, English women are a bit more relaxed than Americans,” he explained to The Times (UK). “You do swear and drink more, but I like that. I find that very attractive,” he added. 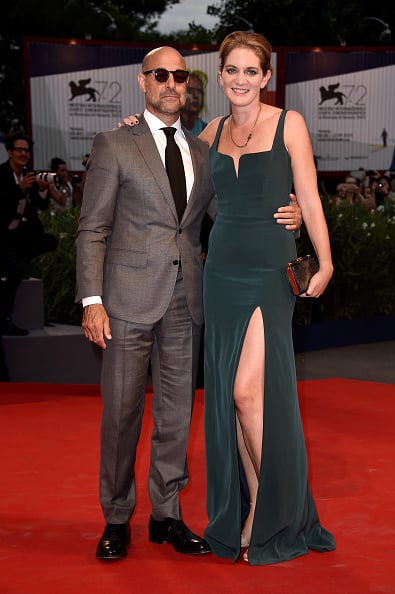 From Wedding Bells to Baby Bliss

In mid 2014, Tucci and Blunt made the exciting announcement that they were expecting! Together, the couple moved from New York to London and on January 25, 2015, Felicity Blunt gave birth to the couple’s first son, Matteo Oliver, increasing the number of Stanley Tucci’s children to five!

With three teenagers and the growing toddler he now has with Blunt, Tucci’s family is certainly keeping him busy, and they’re keeping Kate’s memory alive. She will be remembered in all of their hearts and it’s nice to know Tucci found love and happiness, even after her loss. 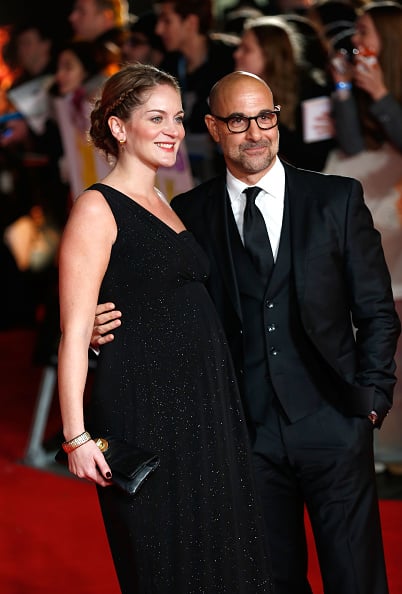 Check out Stanley Tucci as the loveable Harp in the new Beauty and the Beast, as it hits theatres March 17th!