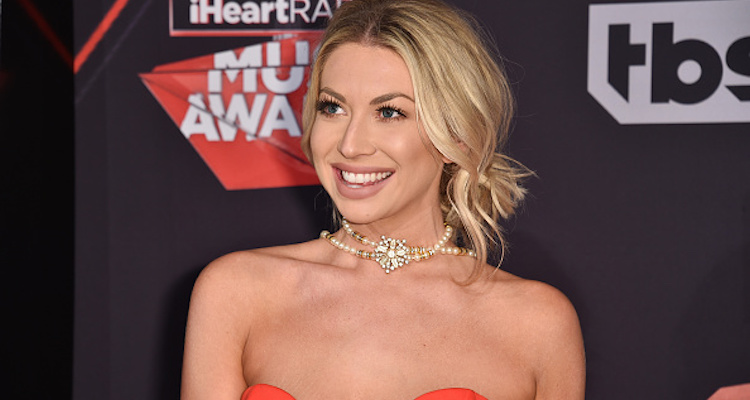 The former SUR waitress admitted she took a concoction of Adderall and tequila and went crazy at her “death” themed 29th birthday bash. She saw her ex-boyfriend (on and off) Patrick Meagher drinking a series of Jägerbombs and it drove her mad. She yelled at her friends and stormed off.

On Monday, Stassi showed up on Bravo’s Watch What Happens Live with Andy Cohen, and talked about her love life. She confessed, “I am in a relationship right now. I’m bashful right now!” She said her co-stars Kristin Doute and Katie Maloney set her up with someone in August, shortly after her breakup with Patrick. She didn’t reveal much about the mystery man, but did say he does not work at SUR.

According to the comments made on the show by both Stassi and Patrick, the status of their relationship with each other is somewhat unclear. At one point, Stassi was worried because he blocked her on social media after they had a fight. And when he showed up at her party, she became very nervous. Patrick, however, said he was totally cool with her sleeping with other men —as long as she doesn’t date them. Sorry, to break it to you Patrick, but Stassi seems to have moved on!

In December, Stassi talked about her shocking breakup with Patrick saying, “We’ve had an up and down relationship from the beginning, and it was kind of our pattern obviously, to break up and make up. But this time was, to me, a shock. Like the real, full breakup… Once you try twice­­–really give it two really good shots, you know?–you’re not supposed to be together.” Stassi and Patrick are on speaking terms now, but it took a while. At the time she wished him well saying, “I think he’s wonderful person–and whoever he finds is a really lucky person.”

Before Patrick, Stassi also dated another co-star named Jax Taylor, however, the couple didn’t work out as she didn’t think he had what it took to be monogamous. When asked if she thought he could be completely faithful, she responded, “I don’t know. It might be a lost cause… right now.”

While the name of her current boyfriend has not been released, she’s sure to leak his name eventually if things become more serious. Stay tuned for more updates on her love life!