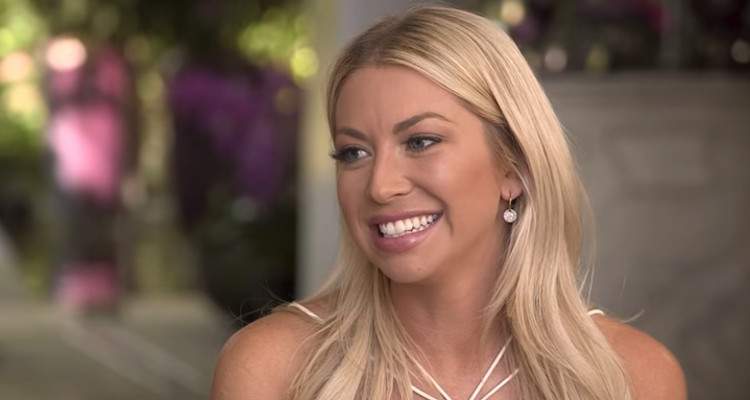 Stassi Schroeder’s net worth may be quite a sum but that has certainly not been able to pull love to her side. This Vanderpump Rules star is caught in the midst of possibly the show’s biggest drama among her friends, with accusations of Jax cheating on Brittany and a love child in the mix! Learn more about her more in our Stassi Schroeder wiki. right here.

A podcast host, a successful fashion blogger, and a model as well, Stassi Schroeder needs no introduction. We will reveal more about this American television personality as Stassi Schroeder from the Vanderpump Rules is turning heads, on and off camera. We’ve got everything you need to know about her life, her affairs, her net worth, and much more.

Born Nastassia Bianca Schroeder on June 24th, 1988, in New Orleans, Louisiana, she is 29 years old. Her father was an architect and her mother was a jewelry designer. She also has two younger brothers and sister, too. When she was 11, she took theater lessons from Mount Carmel Academy and then she was off to Loyola Marymount University, where she earned a Bachelor’s degree in English Writing.

Regarding Stassi Schroeder’s boyfriend, well that’s a little bit dusty there. She had been in a relationship with ‘douchebag’ Jax Taylor and later on, she moved on to TV presenter Patrick Maeghar. But this relationship also went kaput, and in the most dramatic way. The pair was booked for a vacation to Mexico on their fourth anniversary, when they broke up. She took to Twitter to announce the sob story saying, “Broken up with on our anniversary after I planned a trip for us to Mexico.”

Side Effects of Breakups

Weight loss or gain often seems to be a side effect of unsuccessful relationships, and Stassi wasn’t any different. At Stassi Schroeder’ age, her transformation looked quite drastic, albeit not in a good wayr. Stassi Schroeder’s weight loss was the hottest topic in the gossip-gardens when she was spotted at the premiere of Flatliners in L.A. Within a month of the breakup, she was spotted in the social circuit with skinny legs, very visible collar bones, and shard shoulders. Fans went into a tizzy thinking that she is not able to handle the breakup. However, ex-flame Jax feels that she is doing just fine and she is better off without the Radio presenter. He said, “I don’t think Patrick was the one because he just didn’t support her, didn’t motivate her. It was a constant struggle to get him to film. He just didn’t have her back, and I think in a relationship you should have your girlfriend’s back. I think she will find somebody someday, I just think right now she’s doing really well with everything else, from what I see.”

Jax and Brittany …and Faith …and Maybe a Baby?!

The two have remained friends since their breakup years ago, but Jax is all over headlines today for the biggest bombshell dropped in this season’s premiere. Jax has been accused of cheating on Brittany with former SUR employee, Faith Stowers. The worst part? She could be pregnant with Jax’s baby! Cue the gasps!

Schroeder sat down with ET to give her thoughts on the whole situation, and needless to say, she was in as much shock as the rest of us!

“What the f*ck?” she laughed. “Oh, my gosh. I mean, listen, that story goes way further than that. The whole Jax-Faith-Brittany saga is intense,” Schroeder teased.

Schroeder and Brittany Cartwright are pretty much besties (even though she dated Jax), so the news is hitting her hard.

“I was not surprised because nothing Jax does surprises me, but it was more devastating than anything else because I think Brittany is such a wonderful person. I feel like, I can handle that stuff, there are a lot of girls where we can handle it, but she’s such a kind, innocent woman that it made us all really sad and angry,” she lamented.

How will the squad deal with this drama? Will Jax and Brittany call it quits? Is Jax gonna be a daddy?! So many questions that need answers! Catch Vanderpump Rules Monday nights at 9:00 p.m. on Bravo to find out!