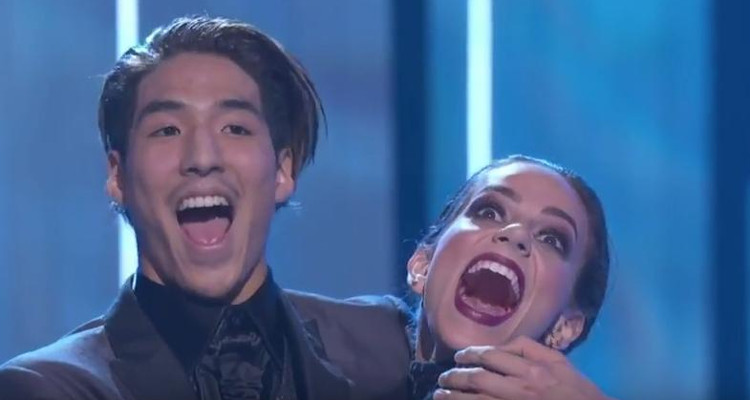 Everybody is all about Dancing with the Stars, but do you know who won So You Think You Can Dance 2017? It’s an amazing dance show with a talent that has reached the heights of dance-reality. SYTYCD season 14 has a new winner! Find out everything about the finale right here.

For weeks, contestants have danced to impress. It was a spectacular season full of ups and downs, and judges Vanessa Hudgens, Nigel Lythgoe, and Mary Murphy have had a blast on the show.

Season 14 began in June and finally came to an end last night with one contestant rising to the top. So, without further ado, the So You Think You Can Dance season 14 winner is Lex Ishimoto! Read on to find out more.

Newly crowned dancing king Lex Ishimoto is very talented! Ishimoto was born on March 10, 1998, in Irvine, California and his major inspiration to begin dancing was his sister.

He is trained in many dance styles that include lyrical, jazz, tap, hip-hop, contemporary, and ballet. Though only 19 years old, Ishimoto has already “been there, done that,” and has proved that he is truly legit by winning SYTYCD season 14!

Lex Ishimoto won an award at the 2014 Dance Awards for Las Vegas Teen Male Dancer of The Year. He has also won the Youth America Grand Prix regional in L.A. in the senior’s division.

Did you know that Ishimoto traveled with the prestigious Nuvo before SYTYCD? He has also toured with 24 Seven, Jump, and Pulse, which are dance troupes that take dancing to the next level. Ishimoto has trained with the best indeed!

Ishimoto on Fire in SYTYCD

Ishimoto’s contemporary style is his fans’ favorite. He is also amazing when it comes to jazz and hip-hop, and can easily capture anyone’s attention with his surprising flexibility. So, the SYTYCD crown is befitting the dance champ, and his friends and family could not be any prouder.

Lex Ishimoto was paired with the beautiful Gaby Diaz this season. And the couple has wowed the audience on many occasions.

Gaby Diaz is the winner of So You Think You Can Dance season 12, and she was just too perfect this time around, too!

Their chemistry on stage was beyond appealing and the other three finalists—Koine Iwasaki, Taylor Sieve, and Kiki Nyemchek—could not have topped their performances.

Koine Iwasaki came second. And although his was not a very disappointing performance, Ishimoto was just too hot to handle!

Best believe there's no better person I would've hit the stage with. @itsgabydiaz Ima make you so proud. Please dance with me one last time on that stage tomorrow. #staylegendary

Lex Ishimoto was rumored to be dating fellow SYTYCD contestant Taylor Sieve. The rumors have since been confirmed, and the duo is definitely a unit now!

Taylor Sieve and Lex Ishimoto have expressed their love for one another on Instagram as well. And fans are more than happy for the couple.

Taylor is no doubt proud that Ishimoto has won the coveted prize, and he could not be happier to share it with her. The two have been painting the town red since they officially announced their relationship status. They look like a fun couple with a bright future!

Why not surprise my lady to the happiest place on earth? #staylegendary #shesadime

If you watched So You Think You Can Dance this season, you would know what we’re talking about when we say Lex Ishimoto truly deserves his dance king title like nobody else! Although the season has come to an end now, and another dancer has reached their hall of fame, it is not the end of the dance-reality show. More seasons and dancers will be upcoming up on FOX’s So You Think You Can Dance.