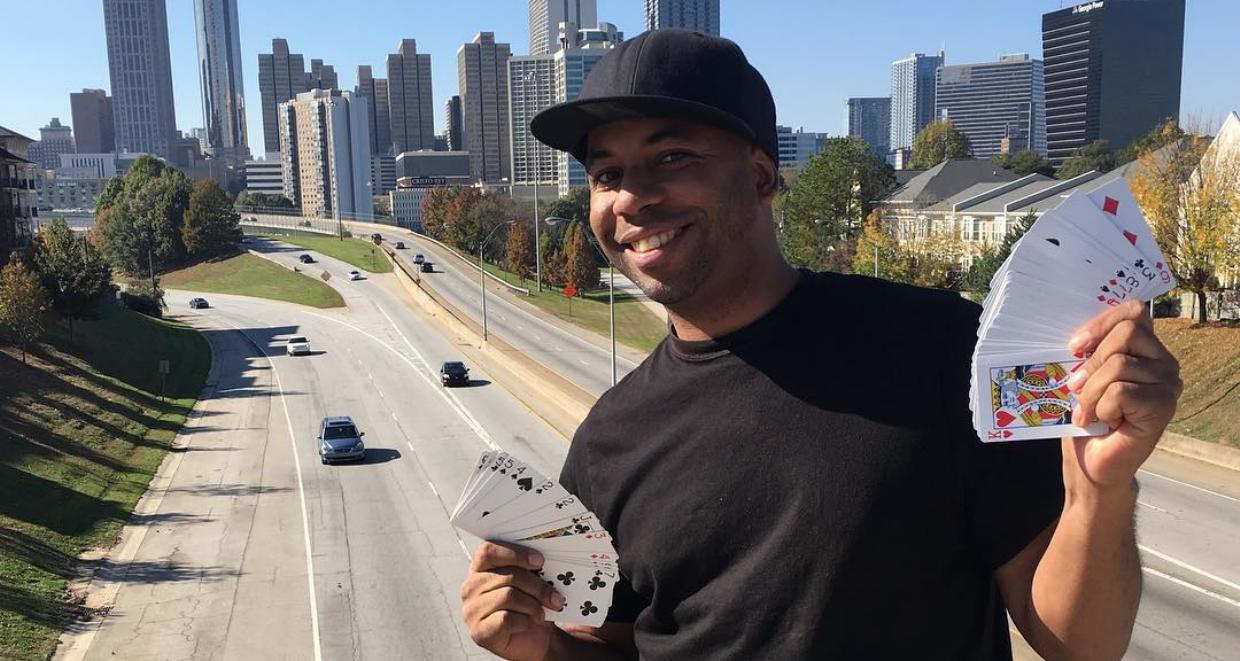 Close-up magician Smoothini is all excited for his new show, Hip-Hop Houdini, which will premiere on Fuse TV. Smoothini was on America’s Got Talent and has been a magician for several years now. If you want to know more about him, then take a look at our Smoothini’s wiki.

Born Tomas B. De la Cruz Jr. in Hispaniola, The Dominican Republic on October 15, 1980, Smoothini is 37 years old. His family moved to New York when was three years old.

Smoothini was raised in New York City’s Washington Heights neighborhood. He was into magic from a very young age and would practice magic on the streets when he was small.

There were no magic shops in his area while he was growing up. So, he practiced magic tricks with whatever he could get his hands on. Smoothini attended George Washington High School and studied at MiraCosta College.

When he was 16, Smoothini would sneak into bars and do magic tricks, but his family had no idea he was doing this. He is fluent in many languages and is famous for performing magic shows in Spanish, Japanese, and English.

Smoothini then landed a job with the Bank of America at the World Trade Center after graduating from high school.

Smoothini Was in the Marine Corps

Smoothini was a little shaken up after the 9/11 incident, as he, fortunately, had the day off. So, he joined the Marine Corps at the age of 21. He went to Iraq three times on combat tours during his service.

However, his passion for magic didn’t die. Smoothini would do magic tricks for his fellow Marines during their downtime, which helped him to perfect his craft.

Smoothini was inspired to follow his dreams of becoming a magician after he saw videos of David Copperfield when he was eight years old. He started performing professionally as “Smoothini the Ghetto Houdini” since 1998. Now, he no longer goes by the name Ghetto Houdini.

Since discovering his passion, Smoothini started earning money by entertaining people in the subway and street corners of midtown Manhattan. He, later on, worked in Las Vegas and earned several consecutive “Best Bar Magician” titles. He was on a The Ghetto Houdini Tour from May to June 2018.

Smoothini has performed on the streets of Times Square; in Darwin, Australia; and Naha, Japan. He was a regular at the HaHa Comedy Club in North Hollywood. He also performs at colleges, resorts, conventions, festivals, and corporate events. 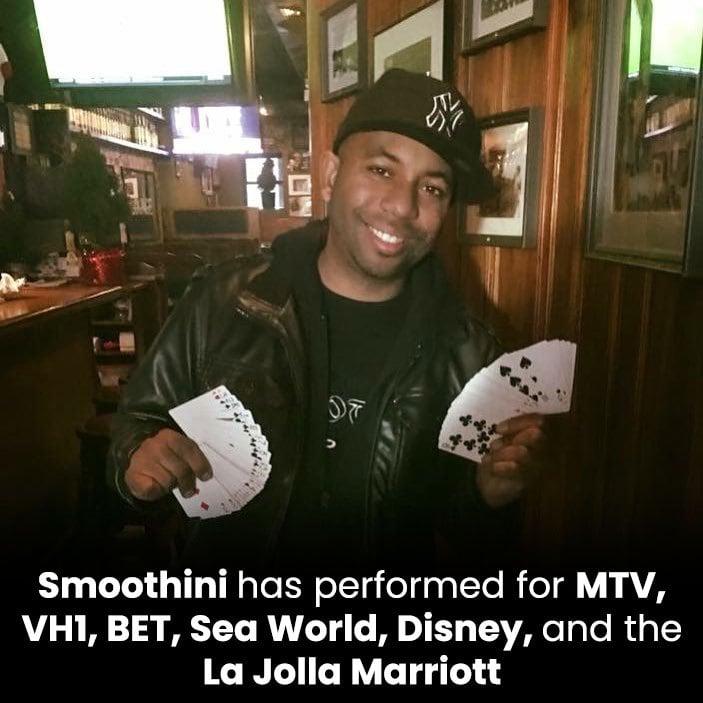 Some of his accomplishments include appearing on television in the Dominican Republic, Australia, the Philippines, and Japan. He has performed for more than 3,000 people at the Tsunami Aid Benefit Concert in Okinawa, Japan in 2005.

Throughout his career, Smoothini has performed in 38 states in the U.S. and various countries like Canada, Puerto Rico, Mexico, and Spain.

He also has a YouTube channel with 104k subscribers in which he shows off some of his tricks. Meanwhile, Smoothini’s Instagram account has more than 8k followers.

Also Read: Facts to Know About Eric Jones From AGT

Stars to Appear on Hip-Hop Houdini

Fuse network’s new show, Hip-Hop Houdini, will feature Smoothini. It will premiere on July 17, at 10:00 p.m. EST on Fuse TV.

Smoothini on America’s Got Talent

In 2014, Smoothini appeared on season 9 of America’s Got Talent and flaunted his magic moves. Although he impressed the judges with his acts, he was eliminated in round two of the semifinals.

Smoothini appeared on season 9 of America’s Got Talent. Credits: Instagram/smoothini

Smoothini has a sister Xiomara De la Cruz, who is also known as Xiomy. She is from New York. 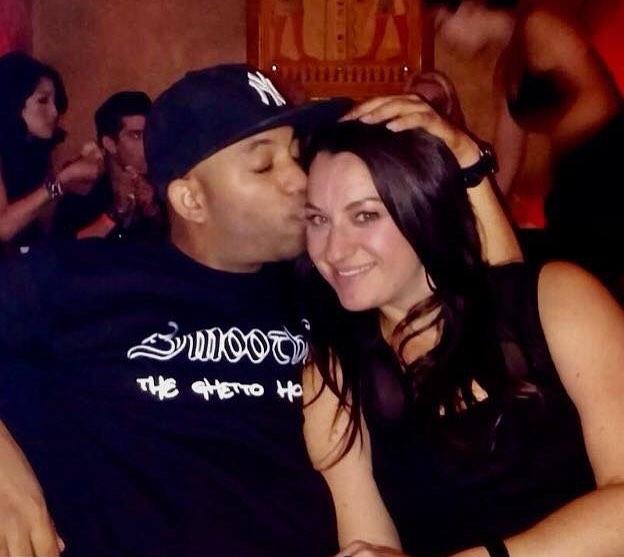 Smoothini got engaged to Laura Wilson on November 24, 2017. She is from Las Vegas, Nevada.

The couple is planning to get married in July 2019. Smoothini has four kids, twins Liana and Noah, daughter Skye, and Tomas B. De la Cruz III.

Currently, Smoothini lives with his fiancée and kids in Las Vegas, Nevada.

Also Read: 5 Facts to Know About Tom London, the Magician From AGT