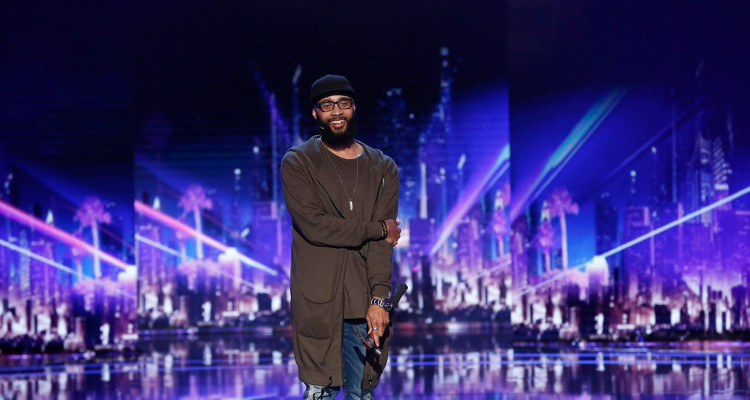 Eric Jones the magician is back on America’s Got Talent with a ”smashing” new trick! If you watched Jones’ auditions and heard what Simon Cowell had to say about him, then you know that the judge in for a huge surprise. Jones not only made a huge comeback, but made his way into the hearts of the audience. To learn more about who Eric Jones’ girlfriend is and which of Eric Jones’ magic tricks we can expect to see, read more in our Eric Jones wiki.

Fans of AGT know that the acts are just getting better by the minute! But one performer that was not given the green light by Simon Cowell, was Eric Jones. Now, the magician is back with a vengeance to prove Cowell wrong! Did Eric Jones have what it takes to make Cowell change his mind? Definitely! The slight of hand expert made sure he stunned all the judges as well as the audience with his tricks and illusions. Read on to know all about Eric Jones’ girlfriend, age, and magic on AGT right here in Eric Jones’ wiki.

Eric Jones is an award winning magician who is making headlines with his close-up magic. He is well equipped with slight of hand and blindsides all who watch him. Eric Jones’ age is 36 and his illusions have been showcased at Magic Castle in California, and NYC’s Monday Night Magic. He has appeared in 13 counties, stunning celebrities and fans alike with some of the most amazing tricks ever seen. Jones was also featured on the TV show Penn & Teller: Fool Us in season 2, and managed to trick the two masters of magic. The magician’s skill gets big names like Coca-Cola, State Farm, and Merrill Lynch to seek him out for his performances and consultancy. You can find several videos of Eric Jones on Youtube to see just how amazing the magician actually is!

So, when Eric Jones came on the AGT stage with a new trick up his sleeve, everyone had one thing on their mind: Will Simon Cowell reject Jones again? The magician stood on stage as cool as ice and said he had a bone to pick with the judge, before going to the judge’s table to begin his trick. With heartbeats racing, the audience watched Jones pull out an ordinary deck of cards and handed one over for guest judge Chris Hardwick to sign. He then changed the back of the card from blue to red right in front of our eyeyes! This was just the beginning as Jones had something bigger planned. He took a hammer out from his pocket and the rest is history. Watch Eric Jones drop Simon Cowell’s jaw after his mind blowing trick below.

Though we don’t have details about who Eric Jones is dating, we can surely say that a charmer like him will not stay single for long (if he even is single!). The master of illusion is doing well for himself, and proves to the world that he is definitely a unique act. Some might even say Eric Jones is the next biggest thing in the magic world. So keep your eyes on Jones, if you can! If you want to watch more of Eric Jones’ magic, tune into America’s Got Talent, Tuesdays at 8:00 p.m. EST on NBC.