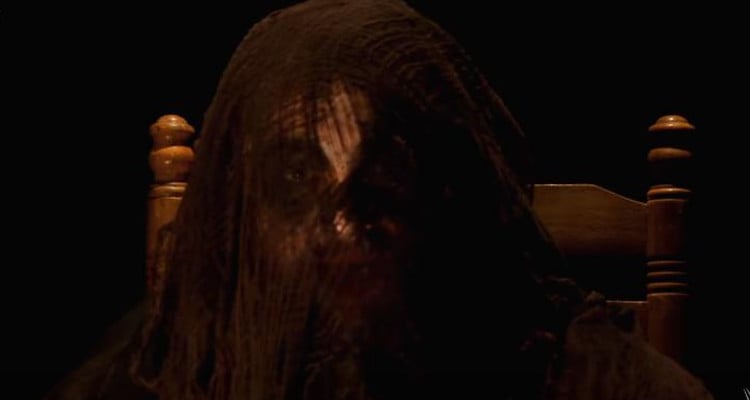 WWE RAW fans don’t need an introduction to Sister Abigail, but for those who do, be prepared to be amazed! Sister Abigail and Bray Wyatt are about to bring to something new to the ring, and fans can’t wait to see the face behind the eerie character. Read on for more details.

Who is Sister Abigail? If you are a WWE fan then you’ll want to read this Sister Abigail wiki, to know how she and The Eater of Worlds are involved. Finn Bálor, who will face the wrath of Sister Abigail, is probably more afraid than we are!

Who Is Sister Abigail?

Bray Wyatt is one of the best-known WWE fighters around and his unique style of captivating audiences is what makes them love him. Almost mesmerizingly, Wyatt moves in the ring like an otherworldly creature, and fans always wanted to know more about his seemingly inhuman abilities.

More than once he claimed that his driving force is Sister Abigail, a supernatural force who is behind his strength and abilities. Throughout Wyatt’s career, her name has come up. There were only theories of Sister Abigail being a physical entity before it was finally suggested that she might have been a real person.

In a fight with Randy Orton, The Eater of Worlds was told that The Viper found the resting place of Sister Abigail. This was the first time WWE hinted that Sister Abigail was a real person, and Orton burned down the house where her grave apparently was.

What's your opinion of Bray Wyatt now? Are you still a supporter of him? Personally I will always be a supporter of him no matter what. Cause you know what I've grown to love Bray's character. I know he cheated on his wife, and he has two girls with his soon to be ex wife. But that shouldn't mean we should just hate him just because of that and not Jojo. Or call Jojo a home wrecker. No. What we should do as fans, if you truly support him no matter what. Forgive him. It's not up to us to be judge and jury of someone's choices in life. Because you know when life takes a turn, sometimes the only thing you need is support from friends, family, and/or fans. #braywyatt #eaterofworlds #followthebuzzards #thewyattfamily #sisterabigail

The Demon King and Bray Wyatt have been feuding over the past few months, and though Bálor seemingly had the upper hand, Wyatt recently gave everyone a taste of Sister Abigail. No, we still don’t have a face to the name, but we did see Wyatt in his rocking chair with a black veil covering his face. Talking to Bálor, Sister Abigail seemingly possessed Wyatt and had a lot to say:

A lot of people are now Sherlock Holmes-ing the announcement, leading to many more Sister Abigail rumors to surface. Fans are now wondering who they might meet and if she will be able to pull off the character. There are many names that popped up, one of the most popular being Paige. Saraya-Jade Bevis seems to be a fan favorite, and is proving to be one of the best Sister Abigail recruits.

Paige has the perfect sinister goth aura, and is already a controversial enough character to make people believe she could possess Wyatt. But will her already established diva-fighter persona dampen the eerie Sister Abigail?

Fans also considered Nikki Cross, Sage Beckett, Asuka, and in a funny twist Bray Wyatt himself as some contenders for the part of Sister Abigail. All we know is that this is one fight you will not want to miss!