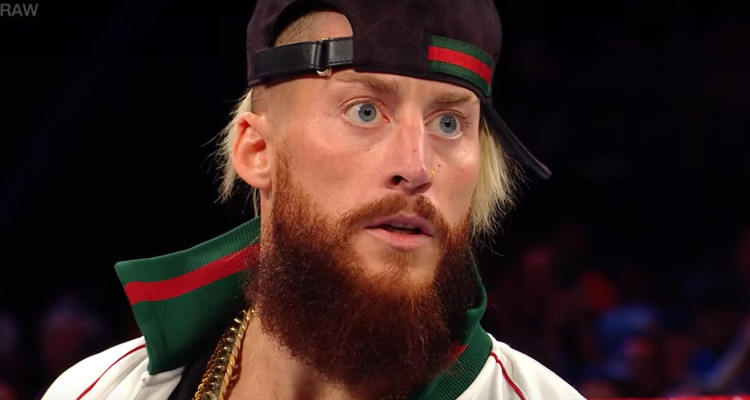 If there’s one thing we can never keep track of in WWE, it’s relationships —romantic or otherwise. Pro wrestlers have hectic and often weird schedules, so tag teams can break up just as easily as the wrestlers who date and/or break up with each other. Enzo Amore was one half of the duo of Enzo and Cass with Big Cass. But in last night’s WWE Raw, the duo broke up in a dramatic way. Amore was stunned by the utter betrayal of his partner and he was left heartbroken, almost as if he just got dumped. It’s a little far fetched in comparison, especially since we’re not sure if Enzo Amore has a girlfriend. But some wrestling circles believe that he is dating another pro.

Who is Enzo Amore Dating?

WWE pros spend a lot of time on the road away from home. Their schedules are hectic and they often don’t meet many people outside of work. So, we commonly hear about pros dating each other. And sometimes, when they break up, they move on with other wrestlers in a soap-operatic twist. In the case of Enzo and Cass, both are dating two female pros.

While Big Cass is dating Carmella, Enzo Amore is said to be in a relationship with Liv Morgan. The pros or WWE haven’t commented on their relationship, but they spend a lot of time together. They seem to be more than just friends and wrestling fans believe they are dating.

Who is Liv Morgan?

Gionna Daddio is better known by her wrestling alter ego, Liv Morgan. After being discovered in a gym, she was signed by WWE in 2014 and assigned to their developmental territory, WWE NXT. She made her televised debut in 2015 as a planted fan, who jumped Tyler Breeze during his ring entrance.

After a few more appearances, she entered the ring as Liv Morgan. Morgan competed in a battle royal to determine the number one contender to Bayley’s NXT Women’s Championship, which was won by Carmella. She has also competed with Carmella in a six-women tag-team match.

Regular viewers of NXT have seen Morgan often wear a football jersey that pays homage to her home state of New Jersey. She grew up in New Jersey with her four older brothers and younger sister. After the passing of her father, her mother raised the six kids by herself. Daddio’s wrestling chops come from her brothers, who built a makeshift ring in their backyard.

Amore and Morgan share a Jersey connection. Amore is also a native of New Jersey. He was born and raised there and played football for his high school. He played in the NCAA for Salisbury University while pursuing a degree in journalism.

They Worked at Hooters

Morgan was a competitive cheerleader and has worked and modeled for Hooters. Amore has also held many jobs before WWE, including moonlighting as a DJ, working has a ticket salesman for the New York Jets, a piano mover, and a manager at Hooters.

It’s known that Morgan and Amore go way back and rumor has it that they knew each other while working at Hooters in New Jersey. The two also share a love of hip-hop.

He Helped Her Get into WWE

Enzo Amore had no wrestling experience until he started training with Joe DeFranco at the DeFranco’s Training Systems gym in Wyckoff, New Jersey at the age of 16. WWE executive, Triple H was also training there when Amore compiled an audition video that got him signed. He debuted in NXT, just like Liv Morgan.

Morgan was discovered in the same gym and signed to WWE making her debut in NXT. According to some reports, Amore nudged executives to sign her on. Since joining the WWE, the two have been seen closer than ever, convincing fans that they are a couple. It has not been confirmed that they are dating, but their fans certainly think they should!