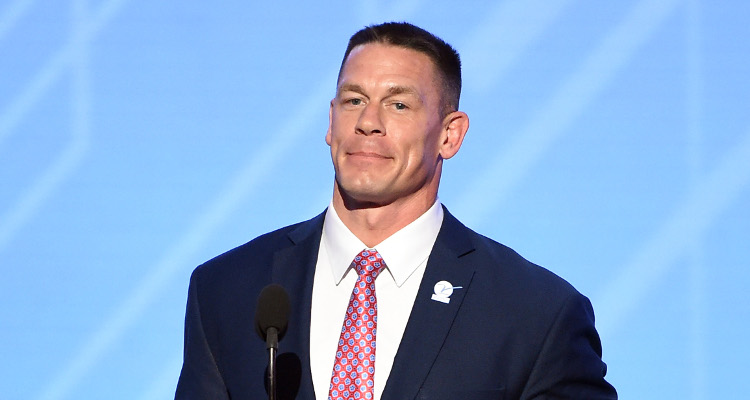 John Cena passed over the figurative torch to Roman Reigns after the No Mercy fight! It appears the big talker is done with wrestling, and even confessed in an interview that he is getting too old for it! Is John Cena retiring? Read on to know more about John Cena’s supposed retirement, and if his successor is actually Roman Reigns.

The Cena-Reigns feud has been going on for months, and fans have been thoroughly entertained! But has the show ended with John Cena’s supposed retirement? Well, fans are definitely going to miss the WWE star in the ring!

The pay-per-view fights have raked in a lot of views for organization, and the wrestler has been was one of the biggest contributors for almost two decades. But is John Cena retiring from WWE?

What Happened in the No Mercy Fight?

John Cena and Roman Reigns are opponents who always look to end each other’s plans. And they begin their fights with words that were heavier than their blows. It was nothing short of a build-up before the No Mercy fight began. The Staples Center saw more than 16,000 fans rooting for their favorite fighter. And before you knew it, Cena was down after a shoulder tackle!

But he quickly got back on his feet, and with the crowd going berserk, began playing mind-games in the ring. He left as the crowd screamed and hooted, and walked away from Reigns.

With Cena’s back to him, Reigns attacked with all his might, throwing Cena a punch to the face! After getting back to the ring, things started looking more like a WWE fight.

Cena was crawling on the floor at one point, making some question whether it was more than just an act. But when Reigns threw himself on Cena, he was met with the classic “the FU,” making everyone go crazy when they saw Reigns on the floor!

Both fighters were looking to end the match with sledgehammers and body slams. But John Cena was down and out when Reigns found that extra bit of energy and took the champ down, once and for all!

What Did John Cena Say about Retiring?

Retiring from WWE is difficult for everybody involved—the fans, wrestlers, company, and even the show itself. But a personality like John Cena retiring from wrestling is unthinkable for many. But it looks like the 40-year-old is almost done with WWE!

After Cena lost to Reigns in the WWE No Mercy fight, he said in an interview, “Regardless of whether I have opportunities outside of WWE or not, I am 40 years old and I have 15 years of track experience in the WWE and that is not at a normal level but at an elite level. I don’t know how long I can keep going.”

Cena turned 40 earlier this year, and is probably looking to end his time as WWE champ. He even has a growing resumé in Hollywood, and might even follow in the footsteps of The Rock. Even if Cena becomes a full-time movie star, his WWE legacy will always be with him!

WrestleMania 34 will see someone else taking charge. And, it is reported that they already have a few names in the hat.

Any guesses who will take his place when he’s gone?

Reigns of course! Roman Reigns proved his worth when he defeated Cena in the No Mercy fight, and though nobody can officially replace Cena, things are looking pretty good for Reigns!

Though there is no official statement about Cena’s retirement date or replacement, there is a good chance the silence will be broken soon. When asked about his defeat to Roman Reigns, John Cena said, “Sitting there tonight a giant burden was lifted off my shoulders in the best way possible.”