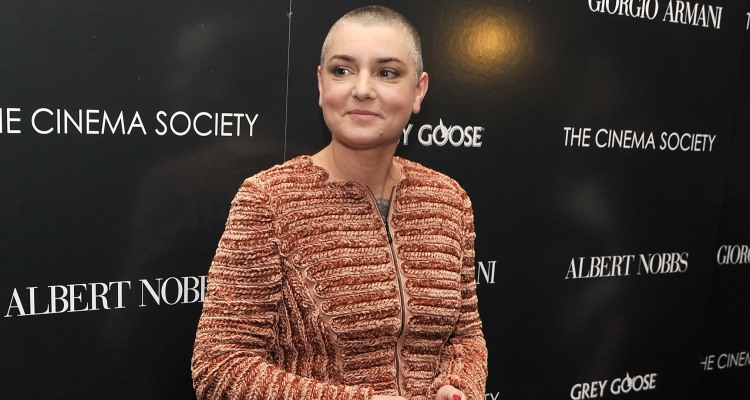 Irish singer Sinead O’Connor took to Facebook to post a video of her suicidal thoughts and how alone she feels, and now fans are really worried for her. This news comes on the heels of the suicides of late singers Chris Cornell and Chester Bennington. For details on her current state, including information on Sinead O’Connor’s net worth, here’s our Sinead O’Connor wiki.

Sinead O’Connor was born December 8, 1966, in Dublin, Ireland to John and Marie O’Connor. When Sinead O’Connor was young, she had a tough childhood due to her parents’ divorce and her mother’s abusive behavior. She was also sent to reform school for shoplifting. Later, she was discovered by the drummer of Irish band, In Tua Nua and he also co-wrote her song “Take My Hand.” While performing with a band, O’Connor caught the attention of a small record label in London and in 1987, they released her debut album, The Lion and the Cobra. In 1990, the singer’s second album, I Do Not Want What I Haven’t Got made her an international sensation, but was later known more for her controversial behavior, rather than her music. From ripping up a picture of then-Pope John Paul II to protesting the Grammy Awards, Sinead O’Connor has faced her share of controversy. Her current net worth is estimated to be $6.0 million.

The 50-year-old singer married Barry Herridge in 2011. She was married many times before, but those relationships ended in divorce. Her list of ex-husbands are: Irish journalist John Reynolds, British journalist Nick Sommerland and Irish musician Donal Lunny. Sinead O’Connor’s kids are: Son Jake (with Reynolds), daughter Roisin (with ex-lover John Waters), son Shane (with Lunny). and son Yeshua (with Bonadio.)

Although the singer doesn’t have an official Instagram account, devoted fans have created several for her, complete with various Sinead O’Connor pics! The singer is famously known for sporting her shaved head.

In a recent and emotional Facebook video, the singer reveled that she was dealing with mental illness and felt alone and suicidal. In the 12-minute video, O’Connor expressed how she felt and that she wanted people to end the stigma of mental illness.

“I’m now living in a Travelodge hotel in the arse end of New Jersey. I’m all by myself and there’s absolutely nobody in my life except my doctor, my psychiatrist, the sweetest man on Earth who says I’m his hero,” said O’Connor. “That’s about the only thing keeping me alive at the moment. The fact that I’m his bloody hero. And that’s kind of pathetic.”

The video revealed that she had been living with a kidney stone and asked her kids if it was fair that she was living in a motel by herself. She also posted the address of the place she was staying at in New Jersey.

“I’m fighting like all the millions I know to stay alive everyday which I’m doing because I love the people that are doing this to me,” said O’Connor. “I’m not staying alive for me. If it was me I’d be gone straight away back to my mom because I walked this Earth alone for two years as punishment for being mentally f—g ill and being angry that nobody would fucking take care of me, specifically for being suicidal.”

O’Connor attempted suicide in 1999, when she was dealing with a custody battle concerning her daughter, Roisin. In 2016, she disappeared in Chicago, after she posted an angry video about her son Jake.