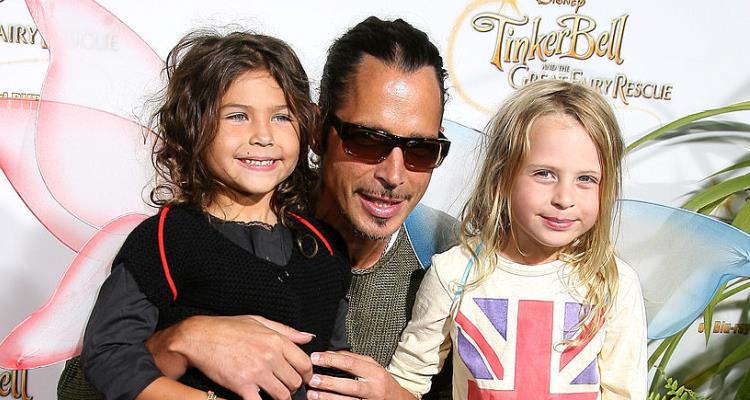 The music industry and fans alike are still in shock, and mourning over the recent death of Soundgarden and Audioslave frontman, Chris Cornell. With Chris Cornell dead, many are wondering about the well-being of Chris Cornell’s kids. For more information on not only his death, but how his family impacted his life, get all the details you need here. We’ve got all you need to know about Chris Cornell’s children.

Many have been looking for information on Chris Cornell’s daughters, Chris Cornell’s son and Chris Cornell’s ex-wife. His death was unexpected, especially since the late singer was in the middle of a tour with Soundgarden while in Detroit. If you’re a fan and want to know more about Chris Cornell’s family, then we have just what you need.

At the time of his death, Chris was married to Vicky Karayiannis, a Paris-based publicist whom he married in 2004. Together they have two kids together: Daughter Toni, 12 and son Christopher, 11. Chris also has a daughter (with his ex-wife, Soundgarden’s former manager Susan Silver), named Lillian Jean, 16. Before he died, Chris spoke in an interview with Inquirer.net via People about his children and what they meant to him.

Music had an Impact on His Kids

“Music has been a part of my children’s lives,” Cornell told Inquirer.net in an April interview about The Promise.

“I can’t compare my relationship to music with theirs because they’ve had a different experience,” Cornell added. “But I made a point of not telling them what to listen to. My daughter Toni has an unusual list of artists and songs she listens to.”

Being a Father Inspired His Philanthropy

“My wife and I always wanted to do something to give back to the community, because we’ve been very fortunate. First and foremost that came to mind for us were children and doing whatever we can to protect the most vulnerable ones.” He was a great musician, but first and foremost, he was a father who took great pride in all of his children.

He was Supportive of His Kids

Cornell spoke to Rolling Stone Australia in September 2015 about his son and his kids’ choices.

“He listens to a lot of different kinds of music, and I haven’t really tried to push him in any one direction.”

Happy 11th birthday to my son Christopher. I love you!

He Said He Wouldn’t Mind Them Getting Into Music

Though many fans might believe the famed singer’s children would follow in their father’s musical footsteps, Cornell always wanted them to make their own path and decisions. “It has to be done for the right reason, and I’d say that to anybody,” he told Rolling Stone Australia. “Obviously I want my kids to be happy, and I believe that they can be super successful at whatever they want to do, but don’t make the successful part more important than the process of doing it. Especially if it’s an artistic endeavor.” It seems that the singer/dad was supportive of any decision his kids had in the music industry, or any other artistic venture they may take on in their future.

“Make sure that it’s inspired, that’s your chief goal, ’cause I also believe that success comes from that,” Cornell continued.

His Kids were His Best Friends

“I came from a childhood where I spent a lot of time alone and a lot of time just living with my imagination, and a certain amount of the adult world was kind of alienating.”

He added: “And I find now after spending a lot of time with my babies, they’re my best friends. And I still find a certain part of the adult world alienating, so I’d rather just hang out with my kids.”

Chris Cornell inspired a generation of musicians, fans and more and he will be missed dearly, especially by his kids. Rest peacefully, Chris Cornell.