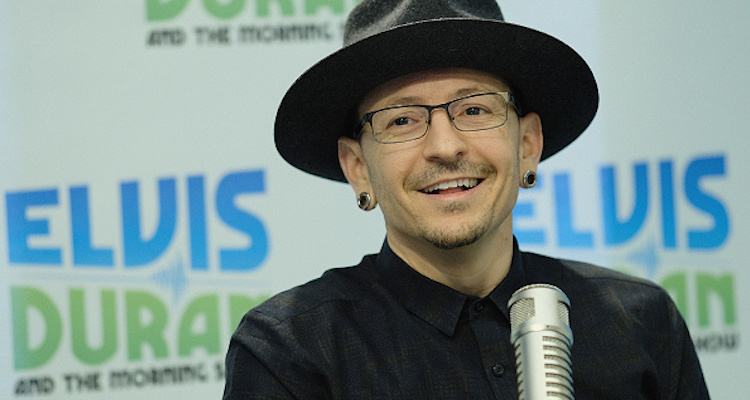 Looking back at photos of Chester Bennington’s family, it can be hard to understand why anyone would leave their family behind. The truth is, no matter how happy someone looks, you never truly know what personal demons they’re battling. Bennington’s anger fuelled his music and it was cathartic for him. It was just a happy accident that fans would love the sound of his voice, but many didn’t know about the deep pain he was feeling—so deep that he took his own life. Looking back you might even start to wonder if the titles of his song’s were a cry for help, rather than an expression of past experiences. Either way, all anyone has are the Chester Bennington photos to remind themselves of the late rocker, aside from his songs.

Bennington’s death was on the day of what would have been Chris Cornell‘s 53rd birthday and Linkin Park band member Mike Shinoda told Variety how hard it was for the late singer.

“We were booked to play the show so that we could promote our new single ‘Heavy’ and then we heard the news about Chris Cornell and had had a little pow-wow in the dressing room before we went on and we said, ya know, the things that good for the band to do is play ‘Heavy,’ but the right thing to do is play ‘One More Light’ because it’s about the loss of a friend,’ Shinoda said.

“When we were doing a sound check Chester couldn’t even make it through the song, he was getting halfway through and getting choked up. And even when we did play the whole song, and it was live on TV, or taped for film for TV, he kind of just stopped like towards the end like he missed the last couple lines, just couldn’t finish the song,” he continued.

To make things worse, an Internet troll hacked the Twitter account of Bennington’s second wife, Talinda Ann Bentley. The person wrote that she didn’t love her husband and that no one cared about his death. The comments have since been deleted and the family have stayed to themselves as they deal with their loss.

“Love of My Life”

Love of my life❤❤

I love this woman❤