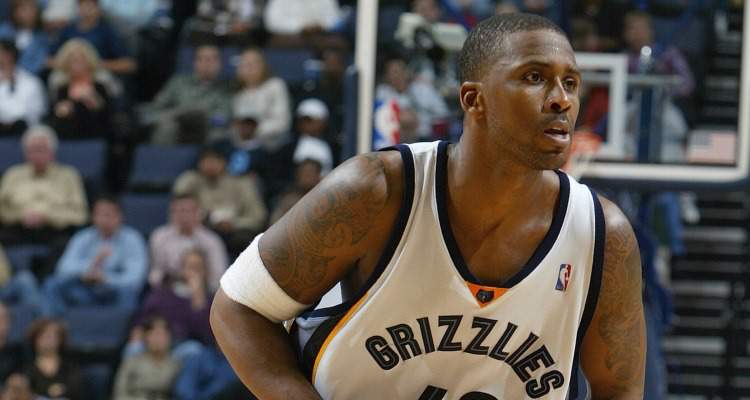 Sherra Wright’s age isn’t publicly known but according to Sports Illustrated, she was “almost half a decade older” than Lorenzen when she met him as a high school senior. She went by Sherra Robinson (now Sherra Wright-Robinson) and her father was Julius, Lorenzen’s coach at the time they met in Memphis. She had reportedly dated singer Isaac Hayes, but she and Lorenzen just “clicked.”

Sherra and Lorenzen got married young but after his retirement, their marriage fell apart. They had their rough times but in 2003, things got worse when their 11-month-old daughter, Sierra died of SIDS.

“I don’t think Lorenzen ever recovered from it,” Sherra said. “I dug into my spiritual grounding, and Lorenzen didn’t have that to dig into.”

They split up and reconciled often, until they finally stayed divorced in February 2010, months before he died. Lorenzen was ordered to pay $26,000 in child support payments but often fell behind. They had six children: Lorenzen Jr., Shamar, Loren, Lamar, Lawson, and Sofia.

While Lorenzen was widely known for taking care of his friends and family, he had more than a wandering eye, according to his ex-wife. But it was his alleged violence that ended their marriage, not his alleged infidelity.

“You have to understand that as an NBA player, you’re subjected to a certain amount of theft, violence,” she said to Sports Illustrated. “People see you as this bigger-than-life person, so you have to be careful who you bring into your surroundings. Lorenzen was kind of carefree in that area, and I was a little different. I possessed a spirit of discernment, so I could discern whether a person was a person who I wanted to be around or not. And when things started getting to the point where I didn’t know or I felt uncomfortable, I finally left.”

Sherra has since remarried after leaving Lorenzen.

She Was a Murder Suspect

After Lorenzen’s death, his former personal assistant, Wendy Wilson, told police to look into his ex-wife and claimed she had recordings of Sherra threatening Lorenzen if she caught him with other women again. The tapes were turned over to the Memphis police but Sherra was never charged or arrested. She was questioned by lawyers, police, and producers who were interested in the story. She was $3.0 million in debt at the time but was ruled out to have killed her ex-husband for money, since he was apparently broke, too.

Wright had been living in Atlanta but was reportedly visiting Memphis when he disappeared in July 2010.

According to a Memphis police affidavit, Sherra had told authorities that Lorenzen left her Collierville home at about 10:30 p.m. on July 18 with drugs and an unspecified amount of money. She added that Wright made a phone call to an unidentified person and said he was going to flip something for $110,000. According to Wright, he then left in a vehicle driven by an unidentified person shortly after the call. He was never seen again.

Who Was Charged for Lorenzen’s Murder?

On Tuesday, a man named Billy Ray Turner, 46, was charged with first-degree murder for Lorenzen’s death and was held on $1.0 million bond, according to Shelby County District Attorney General, Amy Weirich. A court date or lawyer hasn’t been given to Turner as of yet and further details haven’t been disclosed by authorities. Turner and Sherra also attended the same church, Mt. Olive No. 1 Baptist Church in Collierville.

Doborah Marion, Lorenzen’s mother, has no idea who Turner is and Sherra hasn’t commented on the arrest at this time.