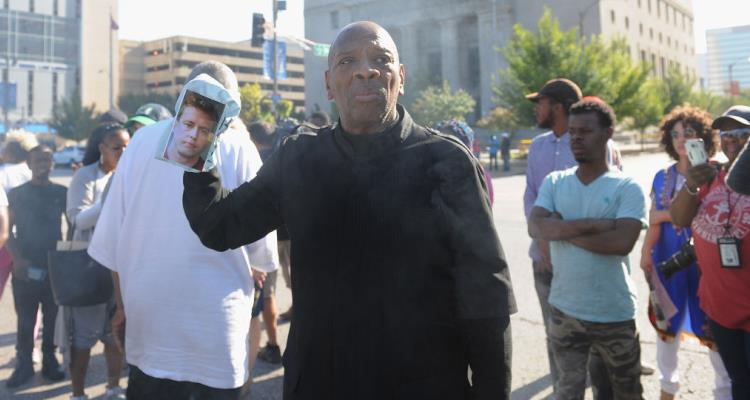 The Jason Stockley case has finally come to an end, but many are unhappy with the outcome. Some have followed the Jason Stockley trial for years, while others are just hearing of it now. For more details on the murder case, have a closer look with our Jason Stockley wiki.

Who is St. Louis’ Jason Stockley?

Jason Stockley’s age is 36 years old and he’s a former St. Louis police officer who killed Anthony Lamar Smith, 24, on December 20, 2011. Stockley and his partner at the time, Brian Bianchi, tried to stop Smith after a suspected drug “transaction” in a parking lot, according to CNN. Bianchi told Stockley that Smith was reaching for a weapon, according to the police report. Stockley reportedly got out of his police SUV carrying his gun and an AK-47 pistol, which was against policy. Stockley and Bianchi chased Smith down in his Buick and they later crashed, but Smith was alive at the time. Stockley fired his weapon and shot Smith five times while he was still in the car; Bianchi was never charged.

On Friday, a St. Louis judge ruled that Stockley was found not guilty in the death of Anthony Smith.

“It is ordered, adjudged and decreed that the State has failed in its burden of proof and the Court finds that defendant is not guilty of both charges in this case, murder first degree and armed criminal action,” the verdict from Judge Timothy Wilson read.

“I’m disappointed with the court’s finding,” read a release from Circuit Judge Kim Gardner, whose office prosecuted the case. “I know there are better ways we can do this if we join together to make the system work for us all.”

According to prosecutors, Stockley planted a gun (while entering the vehicle “to locate the weapon and render it safe”) on Smith, since only Stockley’s DNA was found on the gun. new evidence reopened the case in May 2016, despite the police department paid the Smith family with a $900,000 settlement in 2013. Stockley’s lawyer, Neil Bruntrager, said that Smith was a parole violator and tried to run the police officers over. The Jason Stockley video was also admitted into evidence.

A Call for Peace

St. Louis, and the United States, has dealt with the death and brutality of black men at the hands of white police officers before and the city was ready in case protests grew violent, in case the verdict was in favor of Stockley.

“We might not get what we want,” said Christina Wilson, fiancée of Anthony Lamar Smith, at a press conference with the governor on Thursday. “But however it goes, I ask for peace on behalf of my daughter, on Anthony’s loved ones, and if you feel like you want to speak out, speak how you feel. Just do it in a peaceful way.”

Governor Greitens, standing next to Wilson, urged peace in the city. “I want every Missourian to listen to Christina’s words,” he said. “We know that people will feel pain and hurt. But please, for Christina’s sake, and for her daughter’s sake, do not turn that pain into violence. One life has been lost in this case, and we don’t need more bloodshed. We need peace, we need love, we understanding and we need compassion for one another.”

Smith is survived by Wilson and their young daughter, Autumn Smith.