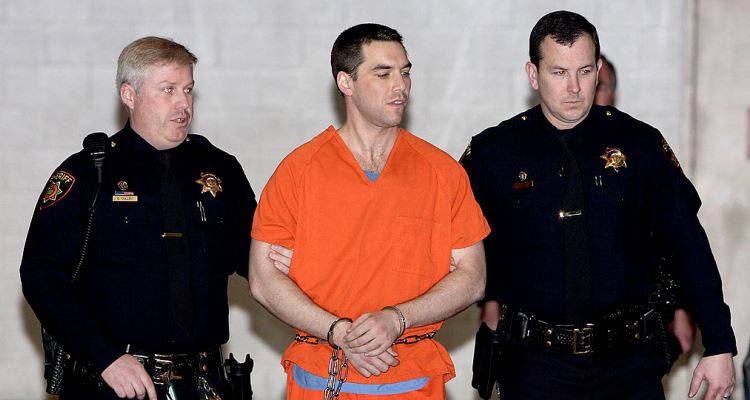 A new series on A&E looks back into the murder of Laci Peterson–an event that shocked and disturbed many people 15 years ago. Scott Peterson was convicted of murdering his pregnant wife in 2002, and now, phone calls from death row reveal the killer speaking about his crime for the first time in over a decade. The news has led people to ask questions about Scott Peterson’s girlfriend, Amber Frey. What happened to Amber Frey? Is Amber Frey married? Where is Amber Frey today? What you need to know is right here in our Amber Frey wiki.

On Christmas eve in 2002, Scott Peterson’s wife, Laci Peterson, disappeared. She was eight months pregnant, and when questioned by police about her disappearance, Peterson said he was fishing that day. Since his conviction in 2004, he has not spoken publicly, but the case is regaining attention after a new series was announced. An A&E series, The Murder of Laci Peterson (which premieres Tuesday night), revisits characters from the case, including Amber Frey and Laci Peterson’s heart-wrenching death. It also looks at the impact of media publicity on the case and potentially overlooked evidence, like witnesses claiming that they saw Laci after she went missing. Peterson, 44, is still on death row, but now that the case is under appeal, he has some things he wants to say to maintain his innocence and blame the investigators of the case. Peterson was the prime suspect in his wife’s disappearance and murder, despite a lack of DNA evidence tying him to her death, and a lack of witnesses. The woman with whom he was having an affair with at the time was a vital factor in his prosecution, so where is Amber Frey now?

Moving On with Her Life

One of the most crucial factors that led to Peterson’s prosecution was a statement made by Amber Frey. She admitted the two had a romantic relationship, but that she had no idea he had a pregnant wife. Since then, Frey has moved on with her life, and got married in 2006. Amber Frey’s husband is Robert Hernandez, and according to reports, they had an intimate ceremony with family. Frey worked as a massage therapist around that time and has two children (daughter Ayianna, and son Justin) from previous relationships. When asked about her experience in 2006, Frey responded, “For most people, it was just a story, but to me it was part of my life, a very painful part. I don’t know if I’ve made my mark on the world, but I’m young, and I have my whole life ahead of me–and I intend to do my best.”

Frey’s willingness to disclose important details about her relationship with Peterson was vital to deciding his fate. Stanislaus County prosecutor Jon Buehler said, “Her recall was extraordinary. She had dates, times, locations, restaurants. She had it down to gifts, cards, corks from wine bottles that she and Scott would sign. Compared with most of the witnesses and victims, she was exceptional for having that kind of detail.” She played a key role in helping the prosecutors bring justice to Peterson. As for her personal life, she wishes people would forget about the trial and move on. “As crazy as it sounds as what came out and whatnot, I would do it all over again because it wasn’t about me. There was a missing woman carrying a child that if I had something that would help, without question (I would).” For a long time, she raised her two children on her own, but dealt with multiple challenges since the conviction. She lost her house, and went through a divorce, but she remains positive and keeps moving forward.