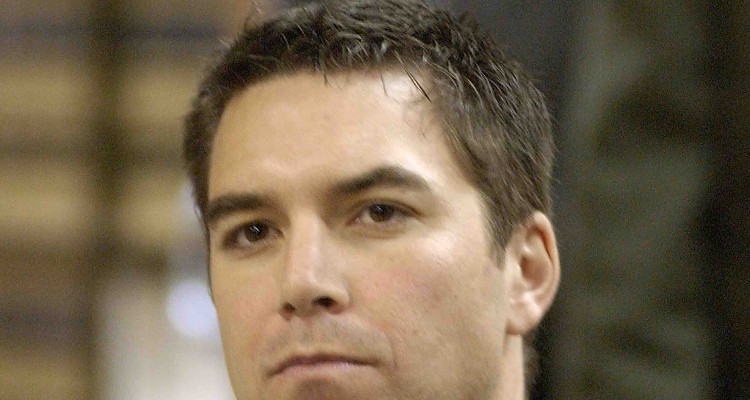 A new TV documentary, The Murder of Laci Peterson is all set to premiere on August 15 at 10:00 p.m. EST on A&E. Laci Peterson’s husband, Scott, was convicted of murdering Laci and their unborn son, and spoke for the first time while sitting on death row. This case has garnered a lot of media recognition. The new docu-series will be divided into six parts, and take an in-depth look into the details of Laci Peterson’s death. If you want to know more about this murder case, then take a look at Laci Peterson’s wiki.

Laci Denise Rocha was born on May 4, 1975, in Modesto, California to Sharon Ruth Anderson and Dennis Robert Rocha. Her parents divorced shortly after her first birthday. Along with her older brother, Brent Rocha, she would grow up visiting her father’s dairy farm. Dennis Rocha later remarried and had a daughter, Amy. Once Laci graduated from Thomas Downey High School, she went to California Polytechnic State University, to major in Ornamental Horticulture.

While Studying at Cal Poly, Laci met Scott at a restaurant. In 1996, after dating for a few months, they got engaged. On August 9, 1997, a few months before her graduation, the couple got married. In May 2002, the couple learned that they were expecting their first child. They were elated by the news as they had been trying to conceive for nearly two years.

It was reported that other than Scott, the only people who spoke to Laci before she vanished were her mother, who spoke to Laci on the phone; and half-sister, whom Laci saw cut Scott’s hair the day before she disappeared. Around 10:15 a.m. the morning of December 24, 2002, the Peterson’s neighbor saw their dog, McKenzie, roaming the neighborhood with a muddy leash, and took him back to their yard.

At the time, Laci’s car, a 1996 Land Rover Discovery SE SUV, was parked in the driveway. Scott was reportedly on a fishing trip that morning, and did not immediately notice his wife was not home when he returned. It was reported that Scott took a shower, washed his clothes, ate pizza, and cleaned the kitchen before calling Sharon to see if Laci was with her. When it was discovered that Laci was not with her mother, Scott declared her missing.

Scott had reportedly given multiple accounts of what happened that day. One story mentioned that Laci planned to buy groceries for the family’s Christmas gathering, and take McKenzie for a walk. In another report, Scott said that last he saw Laci mopping, and told Sharon that Laci was curling her hair before he went fishing.

At the time of Laci Peterson’s disappearance, she was eight months pregnant with their son, whom they planned on naming Conner. Officials were informed of Laci’s disappearance, and her friends, family members, and neighbors joined police in the search for her body. A reward of $500,000 was offered to anybody who had information about the case.

On April 13, 2003, a couple walking their dog came across the body of a late-term male fetus, which was said to be well-preserved despite seeing evidence of decomposition, on the San Francisco Bay shore in Richmond’s Point Isabel Regional Shoreline Park. Even though the autopsy reports were sealed by a judge, sources revealed that 1.5 loops of nylon tape were discovered around the fetus’ neck and there was a cut on his body.

A day after later, the body of a woman wearing cream-colored maternity pants and a maternity bra was found a mile away from where the fetus was found. Because of how decomposed her body was, it was impossible to determine an exact cause of death. Her body was decapitated, with both forearms and her left leg from the knee missing, and her right foot being severed. Laci Peterson’s autopsy reports stated that tape was discovered around the outside of her clothes. The medical examiner found two cracked ribs. After testing for DNA, the bodies were confirmed to be Laci Peterson and her son, Conner.

Laci Peterson’s family initially denied Scott’s involvement in the murder. But foul play was suspected from the start, considering the way in which she disappeared. Police later discovered pictures of Scott with another woman, the time stamps of which revealed that he was with her while on a supposed business trip. Once this was revealed, Laci’s family had doubts about Scott, and told him to be honest with them.

It was soon discovered that Scott had several extra-marital affairs, one of which Laci reportedly knew about. The latest was with a massage therapist named Amber Frey, who is a single mother. When their affair began, Scott hid the fact that he was married. They dated for a month and when Frey discovered that he was connected to the Laci Peterson case, she informed the police. She also told them that on December 9 2002, two weeks before Laci’s disappearance, Scott told her that he is a widower and this would be his first Christmas without his wife.

In April 2003, Scott was arrested in La Jolla, California, where he said he was meeting his father and half-brother. He was carrying four cell phones, $15,000 in cash, a gun, camping gear, his brother’s drivers licence, and various other items. Scott also bleached his hair and goatee, leaving police to believe he intended to flee to Mexico.

His trial began in June 2004 and went on for almost a year. On March 16, 2005, Judge Alfred A. Delucchi sentenced Scott to death by lethal injection after he was found guilty of the first-degree murder of Laci Peterson and second-degree murder of their unborn child. Prosecutors were of the view that Scott possibly killed Laci, because of his affair with Frey.

Currently sitting on death row, Scott Peterson claimed in a phone call from prison that several people saw Laci after she vanished. While talking to his sister-in-law, Janey, Scott reportedly said, “I wasn’t the last one to see Laci that day. There were so many witnesses that saw her walking in the neighborhood after I left.” He further added, “Every hour I could buy to keep the search going is all solved if I bring Laci and Conner home.” Scott is currently in the process of an appeal which is still pending.