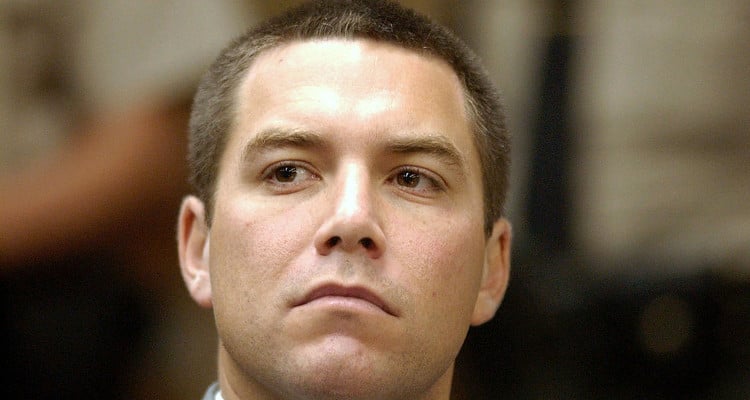 It has been almost 15 years since the disappearance of Laci Peterson and her unborn child. Laci Peterson’s husband was convicted of both murders and, in March 2005, was sentenced to death by lethal injection. Scott Peterson recently revealed in a phone call that he was not the last person to see her alive. Keep reading if you want to know more about Laci Peterson and her husband.

Born on October 24, 1972, in San Diego, California to Lee Arthur Peterson and Jacqueline Helen Latham, Scott Peterson’s age is 44. His mother owned a boutique, The Put On, while his father worked for a trucking company before becoming the owner of a crate-packaging business.

In 1997, Peterson earned his Bachelor of Science in agricultural business from California Polytechnic State University, in San Luis Obispo. While there, he worked in a café where he met Laci Denise Rocha. The two started dating and later got married in 1997.

On the evening of December 24, 2002, Peterson’s wife was reported missing from their home in Modesto, California. At the time, she was eight months pregnant with their son, who they decided to name Conner. Scott Peterson was reportedly out on a fishing trip that day. He had multiple accounts as to when he last saw his wife, and reportedly did not notice she was missing until after he showered, did laundry, ate, and cleaned the kitchen. Peterson, along with the Rocha family, was very involved in the case and search for Laci. However, police became suspicious of him after it was discovered that he had several extra-marital affairs.

The most recent at the time was with a massage therapist named Amber Frey. When she learned that Peterson was married to the missing woman in the news, she went to the police. Through the discovery of his affair, Laci’s family withdrew their support of Peterson, stating that they were angered because two weeks before Laci’s disappearance, he told Frey that his wife was dead, and this would be his first Christmas without her. His words showed that he had been planning to kill Laci.

Frey agreed to cooperate with the police and allowed them to tape her phone calls with Peterson, with the hope that he would confess.

During the trial, the audio recordings of their conversations were played. Though details of the case were not spoken about, Peterson told Frey that he was in Paris to celebrate the holidays with his new friends, François and Pasqual. At the time, he was actually attending a New Year’s Eve candlelight vigil in Modesto for Laci.

The only piece of forensic evidence linking Peterson to the murder was a strand of hair, believed to be Laci’s, found in a pair of pliers from Peterson’s boat. Both Peterson’s boat and home were cleaned before the investigation could start, with reports indicating that the home smelled of bleach. Because of this, finding evidence against him proved to be difficult.

The Mystery of His Wife’s Disappearance

In 2003, a couple walking their dog came across the remains of a late-term male fetus on the shoreline of San Francisco Bay in Richmond’s Point Isabel Regional Shoreline. The next day, a female torso missing her hands, head, and feet was found in the same area, only one mile away. After DNA testing, the body was identified as Laci Peterson, and the fetus, her baby boy.

Because of the high level of decomposition, the exact cause of death could not be determined. However, the autopsy report revealed that Laci’s ribs were broken prior to her death, suggesting that she was strangled in her home.

On April 18, 2003, the California Department of Justice/ Sexual Assault Felony Enforcement Task Force (SAFE) special agents arrested Scott Peterson in the parking lot of a golf course. At the time of his arrest, he had $15,000 in cash, a shovel, rope, four cell phones, clothes, and a map to Frey’s office. He also bleached his hair and goatee. Peterson was reportedly in debt, and it was suggested that a possible motive for murdering his wife was money.

After his trial, Judge Alfred A. Delucchi sentenced Peterson to death by lethal injection. He called the murder of Laci Peterson,
“cruel, uncaring, heartless, and callous.” Additionally, he denied Peterson’s request for a new trial and ordered him to pay $10,000 for Laci Peterson’s funeral. Talking about the verdict, Peterson recalled, “It was just like this amazing, horrible, physical reaction that I had. I couldn’t feel my feet on the floor. I couldn’t feel the chair I was sitting in. My vision was even a little blurry.”

A new docu-series, The Murder of Laci Peterson will premiere on August 15, 2017, at 10:00 p.m. on A&E. It is a six part series that will extensively cover Laci Peterson’s murder. Currently, Peterson is sitting on a death row and has filed for appeal.

In a phone call to his sister-in-law, Janey, Peterson stated that a few people saw Laci after she was reported missing, “I wasn’t the last one to see Laci that day. There were so many witnesses that saw her walking in the neighborhood after I left.” It has been reported that several people saw Laci walking her dog after she disappeared.