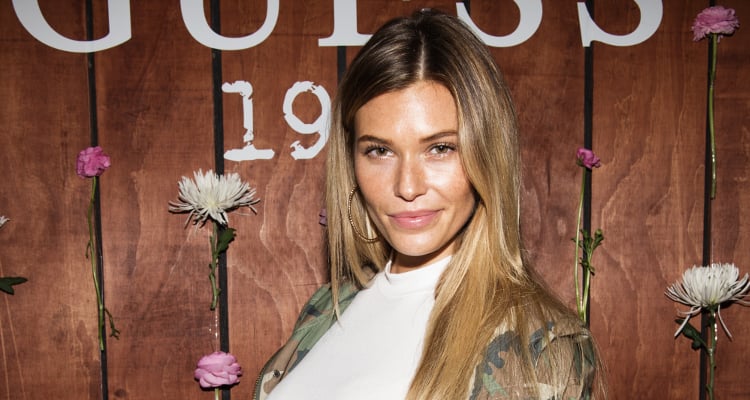 Supermodel Samantha Hoopes is a 26-year-old model from Pennsylvania. She started her modeling career at 24 and is now a well-known face in the fashion and entertainment industries. Read our Samantha Hoopes wiki to learn more about this beautiful model!

Samantha Hoopes, best known for her Carl’s Jr. and Hardee’s “Most American Thickburger” commercials, was born on February 10, 1991. She is from Doylestown, Pennsylvania and grew up in a family with four sisters. Hoopes went to Penn State University and majored in Kinesiology, before switching to business.

The 26-year-old isn’t your run-the-mill model. She went to Barbizon Performing Arts Academy to study modeling and acting, before moving to Los Angeles at the age of 22 to pursue her modeling dreams.

Also Read: David Otunga: Everything You Need to Know about Jennifer Hudson’s Boyfriend

Her experience was followed by more high-profile modeling assignments, like posing for Maxim in June 2014 where Samantha Hoopes was ranked #18 on its list of 100 Hottest. She is now models for Guess and Levi’s.

Samantha Hoopes is possibly single right now, but there are rumors of the Guess girl dating Matt Mosko. Both share cozy pictures of each other on their respective Instagram accounts. Super cute!

Standing tall at 5’8”, Samantha Hoopes is currently signed with Elite LA and Select Model Management London. The blonde bombshell has walked the runway for the best in the fashion industry. She appeared alongside fellow models like Nina Agdal and Lily Aldridge in the documentary Sports Illustrated: The Making of SI’s Swimsuit 2014: From Sand to Space. Hoopes also appeared in Adam Sandler’s Sandy Wexler, which was released on Netflix earlier this year.

Samantha Hoopes’ estimated net worth, amassed from her various modeling work and advertisements, is $5.0 million.

The hazel-eyed beauty is an Instagram superstar with more than 820K followers. Recently, in an interview with Fox News, Hoopes had a nonchalant answer when asked about her “sex symbol” status.

“I think it’s kind of funny actually that people think I’m sexy. I literally look in the mirror every day and see a million things that I would change. So to have that title? I think it’s hilarious. I don’t even know what to say about it,” chirped Hoopes.

Enjoyed so much working with the world's biggest movie star @therock for this months @gq magazine. Got to experience his work ethic first hand and was fun shutting down the busiest street in Venice on a Sat afternoon in @louisvuitton.Get the issue and go see Baywatch ?

Samantha Hoopes was bouncing around in cerulean stilettos and a red Louis Vuitton bikini in a recent photoshoot with Dwayne Johnson. Accentuating her beach babe look, she had her long blonde locks in loose, tousled waves.

The supermodel says that she is proud to be an American. “I appreciate other cultures, which is why I love modeling because I get to explore the world. I get to experience how other people live. But I’m just so proud to be an American because people here don’t realize we actually have so many more rights than other countries. Women are treated way differently here than in a lot of other countries,” she said.