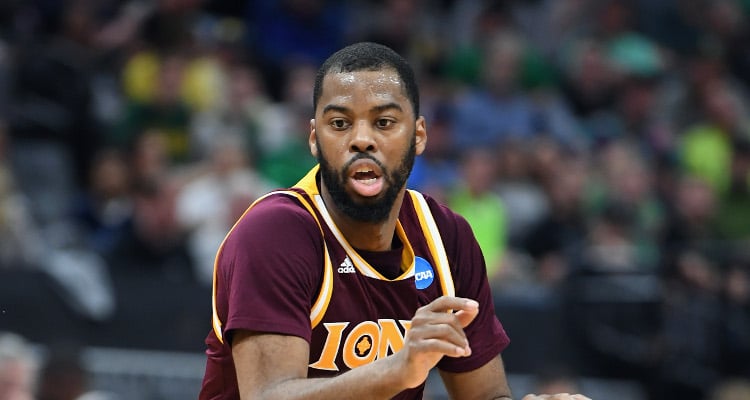 Like father, like son! Sam Cassell Jr. is following in the footsteps of his father, Sam Cassell and has signed with the Cleveland Cavaliers. Here is everything you need to know from Sam Cassell Jr.’s wiki.

Back in January, it was announced that Sam Cassell Jr. would join the Cleveland Cavaliers summer league. He played in Thursday’s (July 13) game against the Los Angeles Lakers at the Thomas & Mack Center in Las Vegas, Nevada. Cassell Jr. has a lot of potential to make it on the 2017-2018 roster. If you want to know more about the basketball player, then keep reading for all the information you need to know about Sam Cassell Jr.

Born on May 12, 1992, Sam Cassell Jr.’s age is 25. He stands tall at 6’4” and was born in Baltimore, Maryland. Sam Cassell Jr.’s parents are Tonya Cassell and Sam Cassell Sr. He graduated from Notre Dame Prep in Fitchburg, Massachusetts and, in 2012, went to Chipola College of the NJCAA. In 2013, Cassell Jr. signed a letter of intent to play at UConn in the 2014-2015 season. He earned his bachelor and associates degrees from the University of Connecticut and Chipola College, where he played for both school teams.

Shot Ugly but my Arch Right

Cassell Jr. is the son of retired basketball player Sam Cassell Sr., who is currently the assistant coach of the Los Angeles Clippers. Throughout his basketball career, Cassell Sr. has played for multiple teams including the Rockets, Phoenix Suns, Dallas Mavericks, New Jersey Nets, Milwaukee Bucks, Minnesota Timberwolves, Los Angeles Clippers, and Boston Celtics. In 2004, he was named an NBA All-Star, and he led two of his teams to win the NBA Championship, taking home the title in 1994 and 1995 while playing for the Rockets, and in 2008 for the Celtics.

In May 2009, Cassell Sr. announced his retirement from the game. He then joined the Washington Wizards as an assistant coach where he stayed for five seasons until 2014 when he joined the Los Angeles Clippers.

When the hate don't work they start telling lies!!!

During his senior year, Cassell Jr. played a total of 35 games and made 28 starts towards 30.3 minutes per game. Some of his achievements include ranking seventh in the MAAC behind 2.3 three pointers.

Sam Cassell Jr. is the new kid on the block and has a lot of potential to make a name for himself. His parents must be proud of their son’s achievements. For Cassell Jr., there is no looking back and he will continue to work hard, just like his father did, in order to achieve his dream.