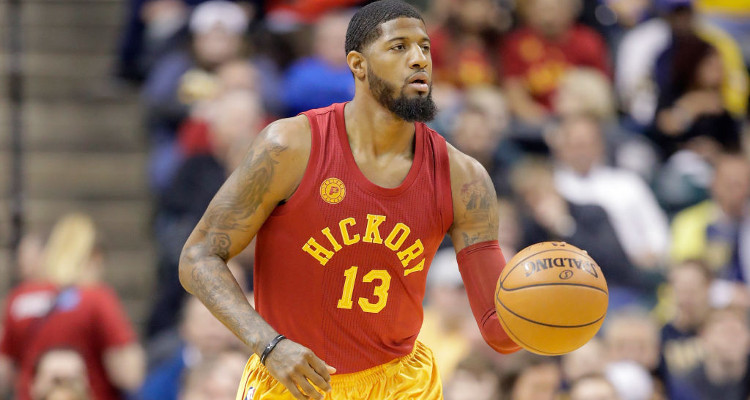 Paul George will be leaving his current team, the Indiana Pacers, in 2018 and wants to join the Los Angeles Lakers if they’ll take him. In the meantime, the Pacers are trying to trade him for the 2017-2018 season. According to sources, the Cleveland Cavaliers would love to have George and have entered into talks with the Pacers to discuss the possibility of a trade. With a neat net worth of $20.0 million and an exciting future ahead of him, Paul George is on a roll.

Paul George, who is currently with the Indiana Pacers, has set his heart on joining the Los Angeles Lakers. He has let the Pacers know that he will leave them in free agency during the summer of 2018, so his team is looking to trade him. This is easier said than done as it could prove to be difficult to sign George for only one year. The decision made by Paul George to leave Pacers comes at a time when most teams want to hold on to their core assets. Keep reading for some details from Paul George’s wiki.

Front Runner for the NBA

Thank you NOLA for another great ASW you hosted!!! Off to get some much needed rest and prepare for the grind that's ahead!

Born on May 2, 1990, in Palmdale, California to Paul George Sr. and Paulette George, Paul George’s age is 27. He grew up idolizing Kobe Bryant and rooting for the Los Angeles Clippers, while spending a lot of his time playing basketball in the park. He tried out for his school’s basketball team during his freshman year at Knight High School. After playing for his high school team and impressing everybody with his prowess, George played for two years at California State University at Fresno. He had an impressive run, and left people positive that he would soon be headed for the NBA.

On July 1, 2010, George signed a deal with the Indiana Pacers; a two-year guaranteed deal worth $3.9 million and team options for a third and fourth year. He has been playing for the Pacers ever since. In his first two seasons, Paul George played mostly as a shooting guard but later began playing as a small forward and became the go-to-offensive option in his third season. He is considered to be one of the best perimeter defenders in the NBA today. In the 2012-2013 season, George won the NBA Most Improved Player Award. His skills have made people see him as the best two-way player in the game, wondering if any one else in the NBA has seen a faster and better improvement rate. Paul George’s stats read 18.1 points, 6.3 rebounds, 0.4 blocks, 3.2 assists, and 1.6 steals per game.

Good road win fellas rest up and get ready for another battle tomorrow!! Also appreciative and blessed to make my 4th all star appearance! #godisgood #youmad #PG1s

Paul George’s contract is currently with the Indiana Pacers and is for five years, worth $91.5 million including an annual average salary of $18.3 million. In 2017-2018, he will earn an estimated base salary of $19.5 million. Paul George’s net worth is currently a cool $20.0 million and sure to grow. When he is a free agent next year, he is likely to get an even larger salary and contract. According to sources, the Cleveland Cavaliers are ready to talk to the Pacers about bringing George onto their roster, even if he wants to play for the Los Angeles Lakers after 2018. Paul George’s Cavs trade discussions are reportedly already underway.

Paul George is in an enviable position with teams fighting over him. However, it’s been a journey of hard work and steely determination that has given George the opportunity to choose which team he would like to join. The Lakers are happy to wait until 2018 when he is a free agent and ready to join them. That means another financial windfall for George. As they say, when it rains it pours!