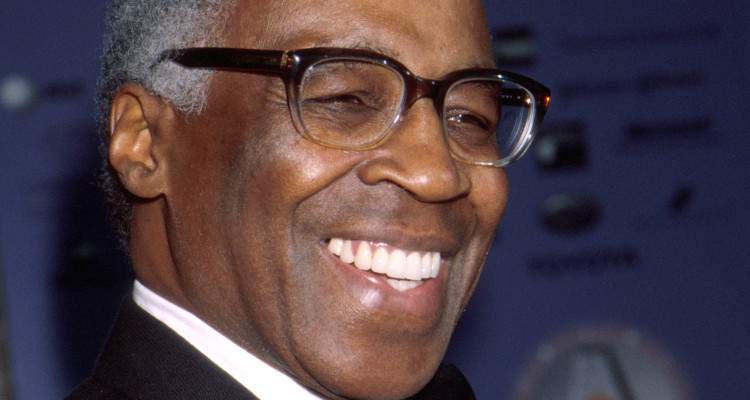 Sports Night actor Robert Guillaume passed away on Tuesday at his home in Los Angeles. Guillaume was known to have a career in the Hollywood industry for more than 50 years. So, it is not surprising that Robert Guillaume’s net worth is estimated at $5.0 million. Keep reading if you want to know more about the late actor.

Robert Guillaume’s net worth is calculated to be $5.0 million. Most of his net worth is due to his career in the entertainment industry.

For his sheer hard work in the acting field, Robert Guillaume’s awards include two Emmy Awards and a Grammy Award. He was also nominated for Golden Globe Awards.

Guillaume had a star inducted into the St. Louis Walk of Fame. And in 1984, his name was inducted on a star on the Hollywood Walk of Fame for his contribution to the television industry.

RIP this legend …. Robert Guillaume . I always loved seeing this guy on TV and in movies . Such a great screen presence. You will be missed dearly #legend #rip #robertguillaume

He was born Robert Peter Williams on November 30, 1927, in St. Louis Missouri. Guillaume had a difficult childhood because his mother was addicted to alcohol and handed over the responsibility of raising her kids to her mother.

Guillaume’s father abandoned the family when he was very young. To make ends meet and to provide for her grandkids, his grandmother worked extremely hard as a laundress at a Catholic rectory.

In an interview, Guillaume said, “The sum total of my grandmother, can be measured in the fact that she took me and three of my sisters and brothers into her family in the middle of the Great Depression. She taught us that we could pull together. It was an enormous task of love, dedication, and devotion.”

Guillaume attended St. Louis University and Washington University and served in the United States Army. He joined the army in 1945, but after serving in the military for 15 months, Guillaume decided to resign with an honorable discharge.

Guillaume explained, “l have a big mouth and I had a Southern captain who hated my guts.” He continued, “One day he called me into his office and announced, ‘This army isn’t big enough for the both of us.’”

So, the captain obviously stayed back, and Guillaume submitted his resignation papers.

One of the best to do it! ? travel well. #robertguillaume #peacebeuponyou

After he resigned from the Army, Guillaume worked several odd jobs to collect money for his studies. He worked in the post office, washed dishes, and also tried running a clothing shop for women.

However, Guillaume wanted to pursue his dreams of becoming a singer. In fact, he adopted the last name “Guillaume.” It means William in French, which was his stage name.

I'm never a person who likes anything I've done. It's just the way it is. Twenty years later, I can look at something I did, and I'm still thinking, 'You know, that could have been better if you had done it this way or that way. – Robert Guillaume #quote #post #words #wordporn #rip #blackhistorymonth #deepthoughts #thelionking #rafiki #understanding #life #act #actor #acting #anything #quotedaily #happyblackhistorymonth #benson #riprobertguillaume #foodforthought #robertguillaume

After leaving the Army and completing his studies, Guillaume focused solely on acting. As a result of several appearances in different local shows in Cleveland, Ohio, Guillaume was selected for the international tour, “Free and Easy.”

In 1961, Guillaume earned his first role on Broadway in the musical, Kwamina. His other stage appearances include Tambourines to Glory, Guys and Dolls, and Jacques Brel is Alive and Well and Living in Paris.

Throughout his career, Guillaume has appeared in several films and TV series such as Super Fly T.N.T., Lean on Me, Unchained Memories, The Kid with the Broken Halo, Prince Jack, Death Warrant, The Lion King, First Kid, Spy Hard, North and South, Seems Like Old Times, The Meteor Man, The Lion King II: Simba’s Pride, Big Fish, The Secrets of Jonathan Sperry, and Columbus Circle.

Guillaume has also made several guest appearances on TV shows like 8 Simple Rules for Dating My Teenage Daughter, Sanford and Son, All in the Family, and Good Times.

Besides acting in TV shows and movies, Guillaume also recorded an LP record titled Just Arrived under Columbia with this group, The Pilgrims. The Pilgrims was a folk trio with Millard Williams and Angeline Butler.

ESHE Magazine remembers the artistic and theatrical legacy of Mr. #RobertGuillaume who passed away at age 89 | #RIP ???

Guillaume’s first marriage was to Marlene Williams. The duo walked down the aisle in 1955 and had two sons together—Kevin and Jacques. It is claimed that Guillaume abandoned Williams, and their marriage ended in 1984.

Two years later, Guillaume found love again in the arms of Donna Brown. He married Brown in 1986, and the duo had a daughter.

In 1990, his son Jacques passed away at the age of 33 because of complications due to AIDS.

Guillaume had an autobiography published in 2002 titled, Guillaume: A Life and wrote, “To assuage bitterness requires more than human effort. Relief comes from a source we cannot see but can only feel. I am content to call that source love.”

Emmy and Grammy award winner #RobertGuillaume died in his Los Angeles home today at the age of 89. Click the link in our bio for more.. #RIP

In 1999, Guillaume suffered a stroke while he was on the set of the TV show, Sports Night. He was taken to the hospital immediately, but it turned out to be a minor stroke.

On October 24, 2017, Guillaume passed away at his home in Los Angeles due to prostate cancer. He was 89 at the time of his death and was just one month shy of his 90th birthday.

His wife, Donna Brown, revealed that he was battling prostate cancer for a very long time. Indeed, it is sad news and a difficult time for his family and fans.

Our condolences to the family and may Robert Guillaume’s soul rest in peace.