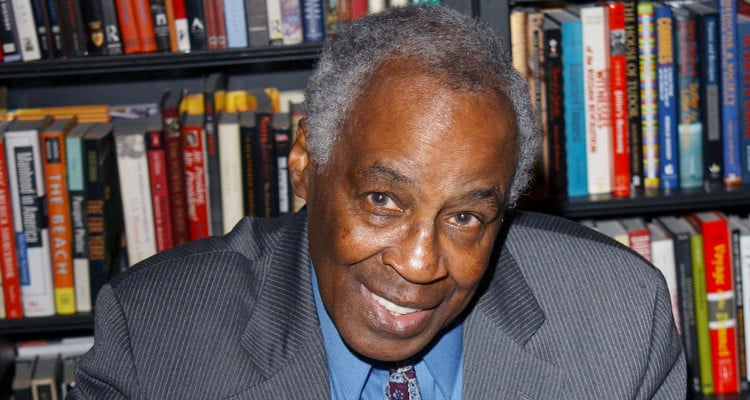 Robert Guillaume loved acting and making music, and delighted audiences with his performances on stage, TV, and in films. He also provided the voice for several characters like Rafiki in The Lion King. He battled prostate cancer for several years before passing away on October 24, 2017, at his home in Los Angeles. He is survived by his wife Donna, and four children.

Beloved actor Robert Guillaume, known for his role as Benson in the TV series of the same name, passed away on Tuesday, October 24, 2017, at his home in Los Angeles, California. He was 89 years old. Robert Guillaume’s cause of death was prostate cancer, which he battled for the last few years. Robert Guillaume’s wife told CNN, “He kinda went the way everyone wishes they could, surrounded by love and in his sleep.” She and their four children were with him in the final few weeks of his life, adding, “He was a good father and a good husband. He was a great, great person.” As Hollywood mourns his loss, we have some details from Robert Guillaume’s wiki.

A Passion for Acting

Born Robert Williams on November 30, 1927, in St. Louis, Missouri, the actor had a long and fruitful career in film, TV, and on stage. Guillaume studied at St. Louis University and Washington University, and served in the United States Army. He loved making music, entertaining, and making people laugh, so he gravitated towards acting and adopted the surname “Guillaume.”  He joined Karamu House in Cleveland, the oldest African-American theater in the U.S., and performed in operas and musical comedies. He went all over the world as a cast member of the Broadway musical Free and Easy in 1959, and appeared in many stage shows like Kwamina, Golden Boy, Tambourines to Glory, Guys and Dolls, Purlie!, Bambouche, and Fly the Blackbird. He also appeared in productions of the classic operas, Porgy and Bess and The Phantom of the Opera.

Guillaume became famous when he started acting on TV shows like Good Times, The Jeffersons, Sanford and Sons, The Fresh Prince of Bel-Air, and A Different World. His greatest glory was the TV series Soap, where he played the level-headed butler, Benson from 1977 to 1979. His character became so popular that he had his own spin-off, Benson, from 1979 to 1986. He also appeared in shows like Pacific Station, The Robert Guillaume Show, Sports Night, and the TV miniseries, North and South. Towards the later part of his career, Guillaume lent his voice to characters in TV shows like Captain Planet and the Planeteers, Happily Ever After: Fairy Tales for Every Child, and Fish Police. He also thrilled audiences by voicing Rafiki in the Disney classic, The Lion King and its sequels.

A Fine Human Being

Some of Robert Guillaume’s movies that became popular include Prince Jack, Stand by Me, The Meteor Man, Spy Hard, The Land before Time VII: The Big Freeze, Big Fish, and Columbus Circle. Thanks to his long and steady career in entertainment, Robert Guillaume’s net worth was approximately $5.0 million at the time of his death.

Though Guillaume continued acting late in his life, his health declined after he suffered a stroke while working on Sports Night in 1999. Though Robert Guillaume’s stroke was minor, it caused slight damage and affected his speech. His death was peaceful with Robert Guillaume’s children and wife at his side. The entertainment world will greatly feel the loss of the fine actor and human being.