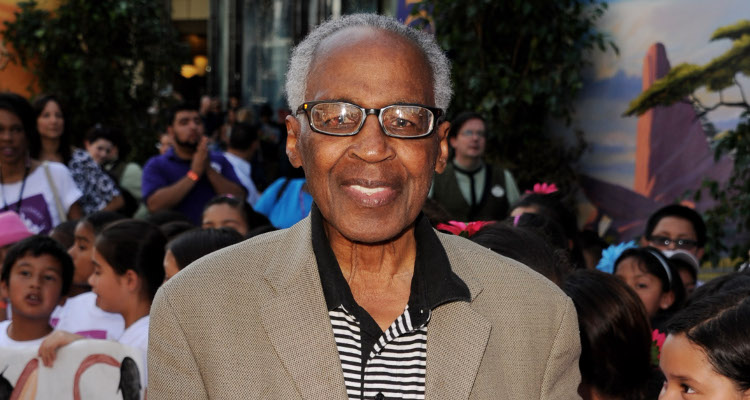 Robert Guillaume, an iconic award-winning actor famous for his work in Benson and The Lion King series passed away on October 24. His wife, Donna Guillaume and their daughter were by his side at the time of his death.

Robert Guillaume, an actor with an illustrious career spanning five decades with memorable shows like Soap and Benson, an iconic character like The Lion King’s Rafiki, and two Emmy awards, passed away yesterday. While he rose to fame professionally, his personal life, by his own admission, was in shambles. After many failed relationships, he made his last marriage work. Robert Guillaume and Donna Guillaume were together until his death. Find out about Robert Guillaume’s wife, Donna Brown Guillaume, right here.

Donna Brown Guillaume is a TV producer with varied tastes and a large array of projects to her credit. She produced the animated anthology series, Happily Ever After: Fairy Tales for Every Child, which ran for five years. The stories were narrated by Robert Guillaume and had celebrities like Will Smith, Whoopi Goldberg, Wesley Snipes, Regis Philbin, and Denzel Washington voice characters in various episodes.

The show’s superstar cast, ethnically diverse characters, and multi-cultural theme won many awards for Donna. A show she produced for HBO, The Sissy Duckling won the Humanitas Prize. A Look Back, A Look Forward, a documentary she wrote, produced, and directed about Martin Luther King Jr., earned her an Emmy nomination.

The Harvard graduate began her career with CBS, working in the Channel 2 Newsroom before moving to the Los Angeles bureau to work on The CBS Evening News. Soon, she was hired by the L.A. CBS station to write and direct segments for the Emmy-winning news magazine show, Two on the Town.

She’s Active in the Industry

Besides producing award-winning shows, Donna Guillaume does a lot more in the industry. She published children’s books and companion audio-cassettes through the Confetti Entertainment Company, she co-founded with her husband, to combat illiteracy. She also had her own production entity, Longbridge Enterprises.

Adding to it, is her work with the Writers’ Guild and Directors’ Guild of America. As a member, she produced several movies on PBS like Wonderworks: You Must Remember This and Passion and Memory.

With HBO, she produced documentaries like Reading Their Hearts Out, Middle School Confessions, and Unchained Memories: Readings from the Slave Narratives. The last one received four Emmy nominations, including Best Documentary, an NAACP Image Award nomination, and won a Christopher Award.

She employs her writing and producing talent for a good cause with the after-school program, LA’s BEST. She was director of external affairs in the communications department at the program for two years. She worked as a program director for the National Foster Youth Institute in L.A., supports Big Sisters of Los Angeles, Girls, Inc., is a member of Women in Film, and founded and served as board chair of artists for a New South Africa (ANSA) for five years.

In his autobiography, Guillaume: A Life co-written by David Ritz, the late actor spoke about his tumultuous upbringing and troubled personal life. During his youth, he confesses he mistreated the women in life.

The rebellious youth that was Robert Guillaume had a daughter, Patricia from a previous relationship, never married her mother, and abandoned them both. He married Marlene Scott and had two sons, Kevin and Jacques with her before they separated. A few years later, Jacques died of complications of AIDS. He had another daughter, Melissa, but reportedly abandoned her and her mother too.

His career soared with Soap and he soon became a star. But unlike most stars of his time who dated trophy starlets, he courted Donna Brown, an independent woman with a thriving producing career in L.A. But she laid down the conditions for them to be together.

She insisted he properly end his marriage to Scott, whom he had separated from almost 40 years prior. Donna also wanted him to get rid of his then live-in girlfriend and become monogamous. He complied with her demands because of his love for her.

With Donna, Robert got the family he never had as a child. They married, and at 61 years old, he became father to Rachel. The now 27-year-old is reportedly an actress who had a brief voiceover role on her parents’ show, Happily Ever After: Fairy Tales for Every Child.

Robert Guillaume credited Donna for improving him. “Donna has done things that, 20 years ago, I’d walk. But, I did decide that the reason for me to stay is Rachel.”

Donna and Rachel were by Robert’s side until his death. Donna announced to the media that Robert Guillaume passed away at their Los Angeles home of complications of prostate cancer. He was 89.