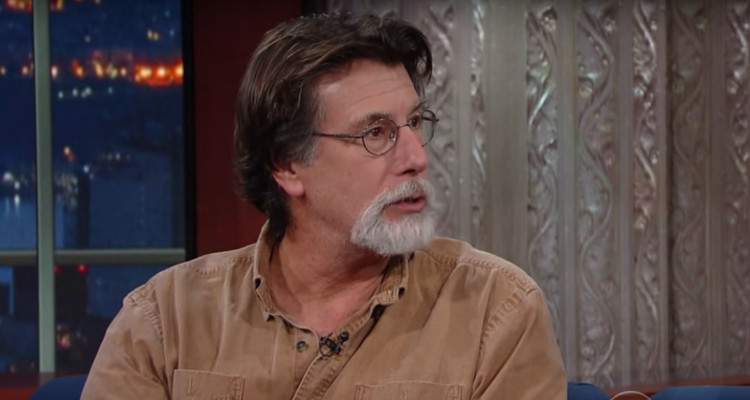 Rick Lagina grew up and worked in the postal service but he never forgot his boyhood fascination with the mysteries of the dreaded Oak Island, off the coast of Nova Scotia, Canada. After his retirement, he put his money where his heart was and, along with his brother Marty, he’s been digging and exploring the island looking for the fabled treasures. Despite rumors that he is dead, Rick Lagina is very much alive and working hard to get to the bottom of this age-old mystery.

The Curse of Oak Island is airing its fifth season and viewers are still fascinated with the reported mysteries of the island. The Curse of Oak Island is an ongoing reality television series that “details the efforts of brothers Rick and Marty Lagina from Michigan, USA, in their attempts to solve the Oak Island mystery.” The brothers use modern technology and independent researchers in their quest for the treasures and historical artifacts of Oak Island, which is off the coast of Nova Scotia in Canada. Both brothers have come under the spotlight ever since the series began, and there has been an enormous interest in Rick Lagina. So, keep reading Rick Lagina wiki for everything to know about him.

Rick Lagina was born in Kingsford, North Michigan, USA, where most of his family used to live. Lagina developed a keen interest in Oak Island at the age of 11, when he read an article about it in a January 1965 issue of Reader’s Digest. The article revealed information about the legend of the hidden treasure, the wood timbers found, and the hidden booby traps. His fascination grew even more when his father showed Lagina an article about Oak Island in The Wall Street Journal. That’s when Lagina made up his mind that one day, he would investigate the mysterious Oak Island. By the time Lagina grew up, this fascination had become an obsession, and he obtained a controlling interest in Oak Island Tours, which reportedly owned most of the island.

What Does Rick Lagina Do for a Living?

Before dedicating a big part of his life to exploring Oak Island and searching for hidden treasures, Lagina was a postal worker. However, the adventure bug bit him, and he readily said “yes” when he was approached by Prometheus Entertainment to do a reality show about the island. Lagina took the assistance of a father-and-son pair, Dan and Dave Blankenship, who were permanent residents of the island and had been searching for treasure since the 1960s. Lagina has invested a lot of money, time, and resources in his hunt for treasures on Oak Island and spends most of his time doing the same. It is not known if he does anything else for a living.

He’s Very Much Alive and Active

Recently, there have been rumors swirling that Rick Lagina is dead, but according to sources, this is not true. Rick Lagina is very much alive and fully participating in the show, The Curse of Oak Island. He is encouraging his crew to work hard as they perform tough, physical work to help unravel the hidden secrets of the island. Based on our research, we can confirm that any news of Rick Lagina’s death is false. There is no information about Rick Lagina’s net worth, but some websites have pegged it at a modest estimation of $2.0 million. We can say that Rick Lagina undoubtedly has some money, as he and his brother Marty Lagina invested their own money to fund the reality show. Here’s hoping they find some buried fortune on the island!

Another area of interest for people regarding his personal life is Rick Lagina’s marital status. There are questions about Lagina’s sexual orientation. Some believe that he is gay as nobody has seen Rick Lagina’s wife or heard about her. However, there is no proof of Lagina being gay, so we cannot comment on this rumor except to say that Lagina seems pretty secretive about his personal life; he rarely discusses it. Lagina is as enthusiastic about finding treasures and historical artifacts on Oak Island now, as he was when he first started out. The fact that Lagina’s team have found some objects like coins, artifacts, wood fragments, and human and animal bones has only made Lagina more determined to get to the bottom of this centuries-old mystery. So, the thrill ride that Rick Lagina started years ago is still going on!