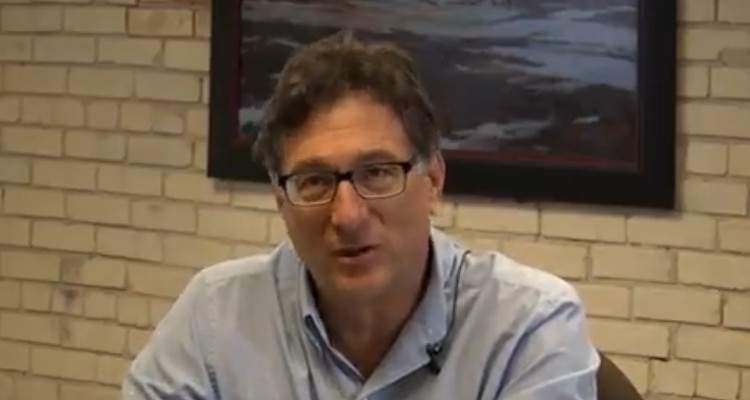 Marty Lagina’s interest in the mysterious Oak Island was sparked when he read an article on it in the January 1965 issue of Reader’s Digest. He and his brother, Rick Lagina, bought a controlling interest in the island and started the hit reality TV series, The Curse of Oak Island in January 2014. The show is in its fifth season and has become very popular. Lagina is in the energy business with companies of his own and has a passion for making wine. He lives with his wife and children in Michigan. Keep reading to know more about him, right here in our Marty Lagina wiki.

Ever since the reality television series The Curse of Oak Island premiered on the History Channel on January 5, 2014, the limelight has fallen on the brothers, Rick and Marty Lagina.

According to the marketing synopsis of this series, it “details the efforts of Marty and Marty Lagina’s brother Rick Lagina from Michigan in their attempts to solve the 220-year-old Oak Island mystery.”

The Lagina brothers use modern technology and independent researchers to seek the historical artifacts or treasures that people believe are buried on Oak Island, which is located off the coast of Nova Scotia, Canada. The show is currently in its fifth season, which began airing on November 7, 2017.

People are curious to know about the man who is on such an exciting quest. So, get the scoop about the treasure hunt and the people behind it, right here.

What Does Marty Lagina Do for a Living?

Marty Lagina’s age is not known, but he was born in Kingsford, Michigan, Upper Peninsula. He is an engineer who is involved in the energy business.

Lagina owns a large wind turbine company named Heritage Sustainable and used to own a natural gas extracting company called Terra Energy. But, he reportedly later sold it to CMS Energy for a whopping price of $58.0 million.

According to sources, Marty Lagina became interested in researching the island after reading the January 1965 issue of Reader’s Digest. It featured an article showcasing the efforts of the Restall family, who were trying to solve the mystery of Oak Island and investigate the so-called “Money Pit.”

On the Treasure Trail

The Lagina brothers obtained a controlling interest in Oak Island Tours, which gave them the right to explore and research the island. They were then approached by Prometheus Entertainment to do a reality show.

Marty Lagina and his brother teamed up with the father-son duo of Dan and Dave Blankenship, the permanent residents of the island, to set up the reality show and search for the supposed hidden treasure. The Blankenships have reportedly been searching for the rumored treasure since the 1960s.

Marty Lagina’s wife is Olivia Lagina, and the couple has been married for a long time. They have two children, a son named Alex, and a daughter named Maddie.

Alex Lagina is also an engineer and helps his father run his businesses. As a matter of fact, the entire family, including Marty Lagina’s daughter, helps in running his businesses.

According to some sources, Marty Lagina’s net worth is a whopping $100.0 million. Meanwhile, other sources claim that his fortune is estimated between $2.0 and $4.0 million. Whatever his net worth is, it’s growing, as both his businesses and the reality show continue to be profitable.

A Passion for Everything Wine

The engineer-turned-explorer has a passion for the wine-making process and business and owns his own vineyard. Marty Lagina’s winery is called Mari Vineyards, which he established in June 2016.

Lagina’s son also shares his father’s passion for wine-making and works with his father in the company. Lagina has ties to his family in Italy who have been in the wine-making business for a long time. And they share their knowledge and techniques with him, which he implements in Michigan.

People wonder how long The Curse of Oak Island will run on the History Channel. Ultimately, the decision depends on Marty and Rick Lagina.

According to the makers of the show, Marty Lagina is not really a “reality show kind of person.” He is always reluctant to come back for a season, as it keeps him away from his family for up to five months at a time. However, fans love the show and the thrills it gives, so they might see Lagina on the show in future, as well.