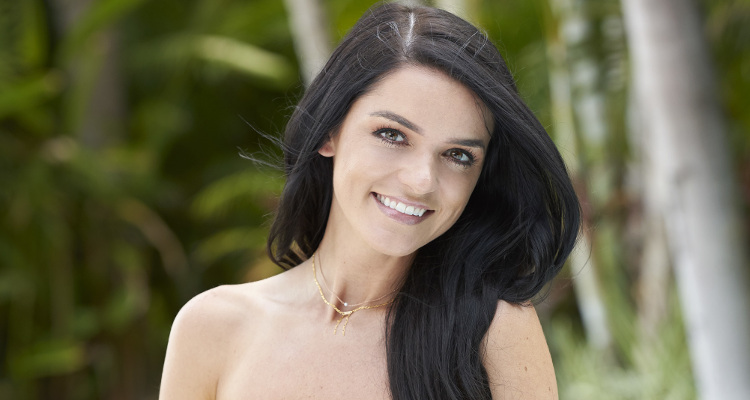 Joining Gates in Paradise are her fellow season 21 contestants: Jasmine Goode, Lacey Mark, Danielle Maltby, Taylor Nolan, Kristina Schulman, and Alexis Waters. As one of the many fan-favorites on The Bachelor, fans are hoping that Gates finds love this time around. With the premiere coming up, keep reading for some interesting facts about Raven Gates from Bachelor in Paradise.

Happy Mother’s Day to this woman!! She is self made, a go-getter, and reminds me of who I am. I’ve never seen someone so resilient, determined, and unstoppable. All the things I pride myself of being ???? I get from my my momma ???? @tracygates1768

Born on July 23, 1991, Raven Gates’ age is 26. The beautiful former Bachelor contestant is a very charming and enthusiastic woman. She is from the small town of Hoxie, Arkansas, that boasts a population of fewer than 3,000.

Initially, not much was known about Raven Gates’ family, except that her parents were married for over three decades. Her father, Wes Gates, was diagnosed with cancer but in 2016, she revealed on Facebook that he is cancer free. He currently works at Hytol Conveyor in Arkansas. Gates’ mother, Tracy, is an elementary school teacher and principal at Hoxie Public Schools. The Gates family is a close knit one and Raven often uploads pictures of them together on Instagram.

Before she earned fame on The Bachelor, Gates was a successful entrepreneur. She went to law school for a year when her father was diagnosed with lung cancer. Realizing her dream, she decided to open a fashion boutique, Grey Suede, with only $1,000 to her name.

The 26-year-old is a self-made woman who is determined by nature. She believes that “Only yYou can make your dreams become a reality.” Though she is still young, she is still bright and has a good sense of humor. When asked about her thoughts on aging, Gates said, “Oh, I’m sure I’ll use cosmetic procedures to my advantage, but tastefully done.”

With her newfound fame, business must be good for the young entrepreneur! On Raven Gates’ Instagram account, there are still plenty of posts about her store. From the time she has appeared on The Bachelor, Gates’ followers increased to over 771k on Instagram alone.

She was a Very Strong Contender on The Bachelor

Finishing as runner-up, it is clear that there is something special about this 26-year-old beauty. Gates is a fun, lively, and good spirited person with a successful business. Before things got heated on The Bachelor, host Chris Harrison stated that Gates is a contestant to watch out for, saying, “Raven is a professional woman but from a small town. She is from Arkansas and went to the University of Arkansas. She is a very straight-shooting, no-nonsense Southern belle. She has a very sweet quality to her, and she is friendly to everyone, but she is sharp as a tack and will not be walked all over. I dare you to underestimate her. Some of the girls will learn that lesson. She is around fashion and clothes as a boutique owner. She is always ‘put together’ and dreams of the big country wedding. She does fit that stereotype. She is very kind, loving, and sweet, and Nick finds that very attractive. He very much enjoys being comforted by her. She is that girl who makes him forget and relax and takes him away from all the nonsense in the house, and that girl is always someone you have to watch out for on The Bachelor.” We all know that she narrowly missed her shot at finding love, but that does not mean that she gave up hope!

Just a Fun-Spirited “Girl Next Door”

@whitneyfransway is showing me around Malibu today!

Though now a reality star, the brown-eyed beauty is still the same fun loving person she has always been. According to her ABC bio, Gates’ favorite movies are Step Brothers, Bridesmaids, and Uptown Girls starring the late Brittany Murphy, her favorite actress.

She admits that she is a terrible cook and says that the most romantic present she ever received was, “A diamond necklace and roses left on my car. I didn’t even care if they were diamonds. I just never had a man buy me anything before. ”