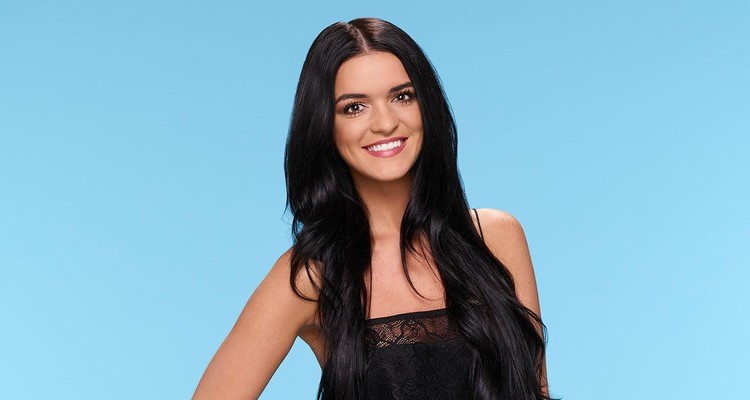 Are you a fan of The Bachelor? Do you want to know more about Raven Gates? You’ve come to the right place! We’ve combed through Raven on The Bachelor’s Instagram, and picked out some of her most interesting pictures. One may even have a clue to the ending of the show! Now that we’ve got your attention, there’s more information below.

The new season of The Bachelor has begun! It’s a knockdown, drag out, take no prisoners competition between 30 women for the ultimate prize, the hand of Nick Viall. Nick Viall is most known for his appearances on three other versions of this show before. Well, fourth time’s a charm, right? With the new season comes a new batch of hopeful women who, for the first couple of episodes, won’t get a lot of on-screen time themselves. This means we are left to find out more about these young ladies through their social media accounts. We’ve dug a little bit and we’ve come across Raven from The Bachelor’s Instagram. We’ve pulled out some of the best pictures and found pieces of information so this young lady might not be so mysterious. Soon, you will see Raven Gates at work, at play and maybe even a few hot, sexy, bikini pics to brighten your day. Raven from The Bachelor’s Instagram account has some great shots! Check them out below!

This is the first of Raven Gates’ photos to be posted to her Instagram. Raven hasn’t had a personal Instagram for too long, so it seems that she may have signed up just before she began filming for The Bachelor.

It’s a Snow Day! Shop with us online at www.shopgreysuede.com today! The store will reopen tomorrow 🙂 Stay warm & use our code SNOWDAY for 20% off your order! 🙂

Remember how we said that Raven hadn’t had a personal Instagram account for a long time? She has had an account for her fashion boutique, Grey Suede. In fact, in a clever bit of marketing, Grey Suede’s website did have a countdown to the first episode of The Bachelor.

Omg could it be true that @kaitminton who is usually a ‘square’crow came out last night & had fun & met new people!?! I can’t believe it myself! But so glad she did! ???? #rideordie #literally #halloween14

We pulled this picture, not just because Raven looks pretty awesome in that costume, but also due to the fact that in her ABC bio, Raven mentions that if she could be a fictional character she would be Jasmine from Disney’s Aladdin. Judging by this picture, she wasn’t kidding.

Raven is a bit of a dog lover, specifically this dog named “Mox” or “Moxie.” There are a number of pictures of the lovable pooch on Raven’s Instagram. As Raven puts it herself in the caption to this photo, “I’m that person who gets their dog’s picture taken with Santa.”

A Good Sense of Humor

You’ve got to be kitten me right meow ???? @margaretrosewilson

We are suckers for a pun, good or bad! You’ve just got to love the comment she posted to go along with her cat costume picture, “You’ve got to be kitten me right meow.” If you don’t get it at first, say it out loud. We’ll wait.

We don’t know who any of these women are other than Raven, so we’ll presume that they are her friends. We do have to say, that’s a good looking squad of ladies right there!

There are more than a few Raven Gates pics where she is seen enjoying the outdoors. This, of course, being the most outdoorsy of the outdoors pictures. If were to hazard a guess, this is Raven hunting from a duck blind with her faithful puppy companion. Also note the fun little caption she’s included!

We’re not sure who Raven spent New Years with, but she was looking pretty good for the evening! Ringing in the new year at The Bachelor mansion seems like a fine way to welcome 2017!

The Only Photo of Her Television Adventure

Ya know what they say.. Go Hogs or Go Home! & I was planning on staying! …So I called those Hogs! WOO PIG SOOIE! {you’ll see for yourself Jan. 2nd!) #thebachelor #WPS @nickviall @bachelorabc

So far, this is the only direct photographic evidence of Raven’s time on The Bachelor posted on her Instagram. Internet rumors and pictures seem to point to Raven lasting for a while in the competition, possibly into the final four. If that is the case, there’s no sign of it on her Instagram!

This photo was posted twenty-nine weeks ago with her caption of “Felt like home” with a blue heart emoji. The city behind her is Los Angels, the city where the show is primarily shot. It is also the city where Nick Viall calls home. Does the comment and heart refer to the end of filming? Or does it refer to the end of her journey on The Bachelor, and not being chosen by Nick? It’ll be interesting to watch the show and discover if this photo is a clue, or if we are just grasping at straws to gain some info on who the final rose could go to! Tune in to ABC on Mondays at 8:00 p.m. EST to find out!