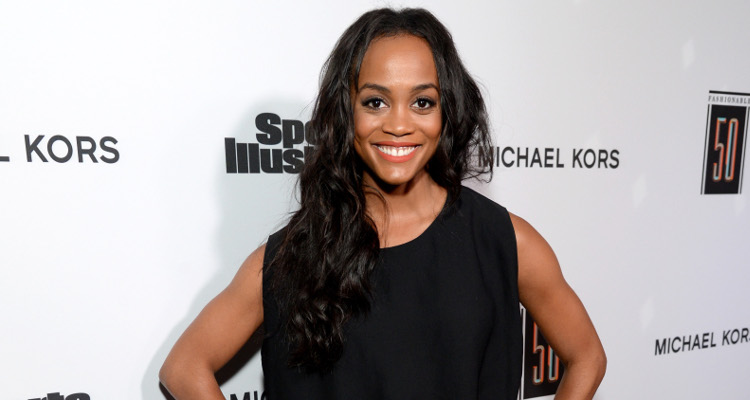 It’s the penultimate stage before the Final Rose on The Bachelorette season 13. Rachel Lindsay’s top three suitors —Bryan, Peter and Eric—finally get the much-awaited grilling from the Bachelorette’s family.

Rachel’s top 3 finally meet her family. Normally, the family flies to wherever the top 2 are. However, Bryan, Peter, and Eric travelled to Dallas this season because Rachel’s pregnant sister couldn’t make the journey. As hard as the Lindsay brood was on all three guys, they actually dodged a bullet. Rachel Lindsay’s father, Sam A. Lindsay, was a no show again. Bachelor Nation will remember that Nick Viall didn’t meet Rachel’s dad during the Hometown Dates on The Bachelor. Nevertheless, there is still a great deal of interest in Rachel and Sam A. Lindsay. After all, we know he’s a very intimidating guy. Who is Rachel’s dad? Find out everything about him right here.

When your daughter is having a televised love quest and is bringing home three boyfriends, no dad would miss the opportunity to size up his potential son-in-law. However, Rachel’s dad is just too busy being a federal judge to engage in some hard questioning with his daughter’s suitors.

According to the Northern District of Texas Court website, he acquired a bachelors degree from St. Mary’s University in San Antonio, Texas. He went on to get his Juris Doctor at the University of Texas School of Law in 1977. In 1997, he was appointed as a District Judge. Did you know the incumbent POTUS appoints the district judge? So yeah, Sam Lindsay got a picture with President Bill Clinton when he was appointed.

Rachel’s dad has a Wikipedia page and his photo is with Bill Clinton. Now his daughter is dating this goofball on national TV? #TheBachelor pic.twitter.com/1BUxkAhm4n

Rachel’s professional status as a lawyer is intimidating enough on the show itself. When she was a contestant on The Bachelor, she scared Nick Viall by proclaiming that her father is very intimidating and protective of her. Nick, and now Rachel’s current suitors, had every reason to be scared. After all, this is a man whose career involves intimidating people in court!

Among Sam A. Lindsay’s most famous cases is when he sentenced journalist Barrett Brown to 63 months in prison. Brown was convicted in connection to the hacking of Stratfor, a Texas-based geopolitical intelligence platform company. This case was a controversial one since Brown is a polarizing figure and didn’t have a direct hand with the hacking. Nevertheless, he was sentenced to prison and Judge Lindsay also ordered him to pay $1.0 million in compensation to Stratfor.

Sam Lindsay’s salary and net worth aren’t known and it’s highly unlikely that it would be available to the public.

With Sam absent to interrogate…err…meet Rachel’s suitors, it was up to his wife, Kathy to ask all the hard-hitting, yet right, questions. We could say that Kathy Lindsay is scarier than the judge. Nevertheless, Rachel assured Bachelor Nation she has her father’s blessing in finding love on The Bachelorette.

“My dad is very supportive about me being the Bachelorette. He realizes what an amazing experience it is. And seeing how I was portrayed in Nick’s season, I think it took away the skepticism that they had about you know like the unknown,” Rachel said before she began filming The Bachelorette.

Back in Nick’s season, the former Bachelor actually had the opportunity to meet Rachel’s father off camera. If Judge Lindsay’s schedule clashed with The Bachelorette’s filming, it is possible that Bryan, Eric, and Peter met their potential father-in-law when the cameras weren’t rolling.