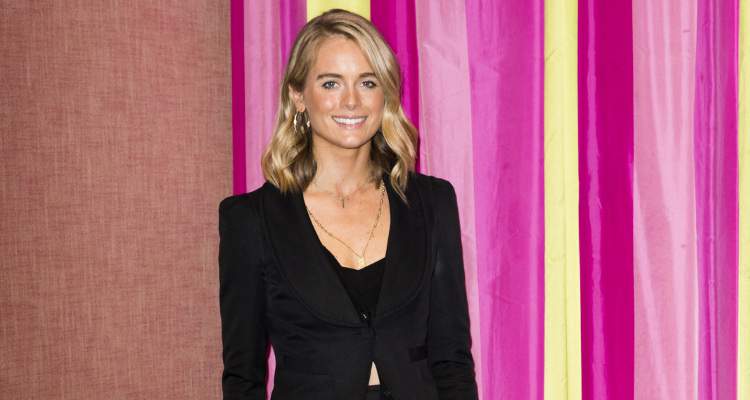 Before Prince Harry was engaged to Suits actress Meghan Markle, he was in a relationship with English actress, Cressida Bonas.

Prince Harry’s former flame took to social media after the engagement announcement with a quote on Instagram that read, “No matter how educated, talented, rich or cool you believe you are, how you treat people ultimately tells it all.” She captioned it with, “Truth.”

Now, people are speculating whether it has anything to do with Prince Harry and their relationship. Though many thought that she would be the one marrying into the Royal Family, their relationship came to an end in 2014. If you want to know more Cressida Bonas, then keep reading!

Born Cressida Curzon Bonas on February 18, 1989, her age is 28. Bonas was born in Winchester, Hampshire, England to Jeffrey Bonas and the ‘60s “It girl,” Lady Mary-Gaye Curzon. She is the grand-daughter of Edward Curzon, 6th Earl Howe.

Initially, it was reported that her family owned Textile Mills in Burton-on-Trent and Castle Gresley under the name, “Bonas Brothers.” However, the business was shut down in the ‘80s, their last product being elastic for female’s tights. Bonas has a lot of half-siblings due to her father and mother’s marriages.

From Bonas’ father’s first marriage, she has three half-brothers, and one half-sister because of her mother’s first marriage. Additionally, Bonas also has two half-sisters and a half-brother from her mother’s second marriage, which includes actress Isabella Calthorpe. Bonas studied dance at Leeds University and graduated with a 2:1. Later on, she pursued her post graduation in dance from the Trinity Laban Conservatoire in Greenwich.

…..the bluest most coolest jumpsuit I ever did see… by the one and only @tephilondon ?? #jumpsuit #blueisthebest #fashion #tephilondon

At a very young age, Bonas knew she wanted to pursue a career in acting. At school, she played housekeeper Mrs. Swabb in Alan Bennett’s Habeas Corpus, as well as Laura in Tennessee William’s The Glass Menagerie.

It was in 2009 that she landed a small role in the TV show, Trinity, and in 2014, she made her theatrical debut at the Hay Festival in the play There’s a Monster in the Lake. In January 2015, a production of the play hit the Vault Festival stage. She was also Laura in the one-woman play, An Evening with Lucian Freud at the Leicester Square Theatre.

In 2014, she was photographed by Mario Testino for Vanity Fair‘s annual “International Best-Dressed List.” Additionally, she modeled for brands like Burberry and Mulberry. Throughout her career, Bonas appeared in films like Trinity, Doctor Thorne, The Bye Bye Man, and Tulip Fever.

@royals_swedish_british @dofcambridge #News PREVIOUS love Cressida Bonas showed the icing on the cake for Prince Harry at its 31st birthday celebration. The 26-year-old actress and close friends he joined the party in a private room in a pub. Tuesday night they met, just hours after The Sun revealed Cressida had separated from her boyfriend actor. Our exclusive photographs are the clearest indication that the couple wants to give their relationship another chance, as we had previously reported. But it will be a blow to other ex annoying Harry, Chelsy Davy, 29, who disclose he had recently met the prince on a trip to Africa. Bearded Harry party with about 20 friends at the Cross Keys pub in Chelsea, west London. Among the guests fellow royals Zara Phillips and Mike Tindall husband, close friends of Guy Pelly and his wife Elizabeth, Tom Inskip, Charlie van Straubenzee and Jake Warren and his pregnant wife Zoe. A source said: "The game started at 8 pm and continued until 1:30 am There was even a birthday cake with fireworks coming out of it.. "Cressida was presented with a friend about 21:30 and stayed in the bar, apparently waiting for Harry. "She was there with him and closest to the rest of the evening circle, which shows how close they are. "It's very early days and Harry is weighing his options, but there is obviously still feelings there for Cressida." Cressida, dressed in a dark gray coat over jeans and a white shirt with ruffles, finally left the party with his friend. Harry left about half an hour later, after giving a kiss on the cheek to another blond friend. His friends say that Harry had invited to join him Cressida in Kensington Palace for a party later. But Palace source denied that his ex had returned to his private quarters. The Palace and Cressida agent also refused to comment on their relationship. But last night a source said: "Harry wants to try and give their relationship one more chance with Cressida. "Obviously it will not be pleasant for Chelsy to see, but she remains on good terms with Harry. "Definitely, there are feelings there too, but a relationship with Cressida feels much more practical and realistic. #chelsydavy #cressidabonas

In 2012, Bonas was introduced to Prince Harry by Princess Eugenie. The Prince reportedly fell for her as soon as they met. The following year, her friends allegedly told sources that the two were bound to get engaged, and that “a wedding is very much in the cards.”

However, their romance came to an end in 2014, through a reported amicable breakup. Though the exact reason for their split was not given, a source stated, “Cressie is only 25 and pretty young for her age at that. Prince Harry will be 30 this year and is at a different stage in his life. He is incredibly fond of Cressie and understands that she wants to do something with her life and with her career before she considers settling down. It wouldn’t surprise me in the slightest if they got back together in a few months time.”

Other sources actually cited “money” and “fame” as being factors for their going their separate ways. According to the Daily Mail, it was a flight that Bonas was unsure of paying for, to a wedding of one of Harry’s friends in the U.S. She was to pay her own way for the flight, which she could just barely afford, and was unsure about spending the money on a flight to attend a wedding together, with the fate of their relationship looming. According to a close friend of Bonas’, “The widespread opinion that she is a wealthy heiress is complete rubbish, so it was quite a stretch to go to Guy Pelly’s wedding. Guy is not a close friend of hers so there would have been no point in going if she and Harry were splitting up.”

There were also other factors that reportedly added to Bonas’ increasing unhappiness and the paparazzi was relentless. She reportedly made a $20,000 salary and did not want to rely on financial support from her parents, either. According to one of her close friends, “The media has frequently commented on her dress style but it’s very difficult to turn up at so many occasions when you are expected to wear something different each time.” That can certainly get pricey, too!

She constantly updates fans about her life on social media. So, if you want to know more about the actress, then you should check out Cressida Bonas’ Instagram account. We’ve found some of her hottest pics below!

1. Killing Them with Looks!

4. Getting Lost in those Eyes…