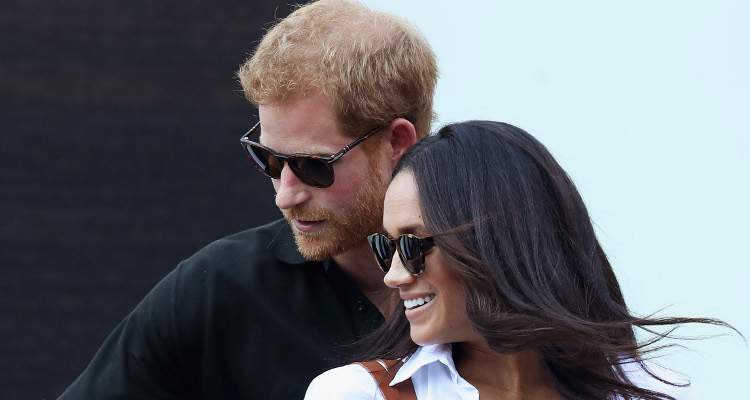 Bust out your handkerchiefs ladies, Prince Harry is officially off the market! That’s right, Meghan Markle and Prince Harry are engaged, announced in the most regal way possible; a Royal public announcement from the palace! The couple are said to tie the knot in next spring, and you don’t want to miss out on the grandeur of this royal wedding that will obviously be the event of the season! Read on for everything to know about the lucky new princess-to-be!

Prince Harry and Megan Markle’s relationship has been the talk of the town for a while now, but as of November 27, 2017, the two are officially engaged! The Clarence House confirmed the exciting news on social media, which was followed by heartbreak and tears, and then a rush of joy! Well, the mixed emotions are totally understandable. After all, Prince Harry is a dreamboat! If you are asking yourself who the lucky gal is, then here’s a Meghan Markle wiki you have to read!

Her Parents Inspire Her

Born August 4, 1981, Meghan Markle’s age is 36, and she says her parents have had a huge impact on her as a person. Her father is an award-winning director of design named Thomas W. Markle and her mother, Doria Radlan, has a master’s degree in social work, and works in social welfare as well as a yoga instructor.

Markle, like the Prince, has an interest in foreign relations and helping the less fortunate. She was always inspired by her mother who “raised me to be a global citizen, with eyes open to sometimes harsh realities. ‘Don’t look scared flower,’ she said. ‘Be aware, but don’t be afraid.'”

WEDDING ?! It’s official, Prince Harry and Meghan Markle are engaged and will tie the knot in Spring next year. Here’s hoping @iamsarahgrafferty will be bridesmaid. ? ? ?: @gettyimages for @invictustoronto #meghanmarkle

She Learned to Embrace Her Mixed Race

For those asking what race Meghan Markle is, you should know that she was born and raised in Los Angeles County, California and has a mixed race. “My dad is Caucasian and my mom is African American. … I have come to embrace [it, and] to say who I am, to share where I’m from, to voice my pride in being a strong, confident mixed-race woman,” she said.

But it wasn’t always so. In a story for Elle Magazine, Markle described an instance in a seventh grade census, where she had to check off herself as black or white. Her teacher told her to check the “white box” but Markle left it blank.

She said, “. . . a question mark, an absolute incomplete—much like how I felt. When I went home that night, I told my dad what had happened. He said the words that have always stayed with me: ‘If that happens again, you draw your own box.’”

A Royal Wedding for the Younger Prince

As the Clarence House announced the engagement, they added that the latest Royal Wedding will happen in spring 2018. The excitement is far too much to control, but we will just have to wait for more details. According to the announcement, the couple will live in Nottingham Cottage at Kensington Palace, and everyone (including Markle’s parents and, arguably more importantly, Queen Elizabeth II) is completely on board with the wedding.

It’s a very exhilarating time for Meghan Markle, 36, and E! reported that she will be moving to London sometime this month.

“She’s not signing up for another series of Suits. She’s planning to leave Canada and make London her new, permanent home.” The website reported.

People are now predicting a perfect June wedding, and why not? By then, Kate Middleton will have had her child, and the couple’s anniversary will be around that time, making it a pretty perfect time to tie the knot. Since the announcement has not mentioned a date, it’s all still speculation, but friends, family, and fans are more than thrilled about the announcement, and wish the couple a very happy married life.

Meghan Markle’s net worth is approximately $5.0 million. She is best known for her role as Rachel Zane on the TV legal drama, Suits. In addition to acting, she has a huge role in humanitarian work. She is the Global Ambassador for World Vision Canada and worked as an advocate for the United Nations Entity for Gender Equality and the Empowerment of Women.

Markle was a counselor for the international charity, One Young World in 2014. According to sources, these are her earnings for her acting: