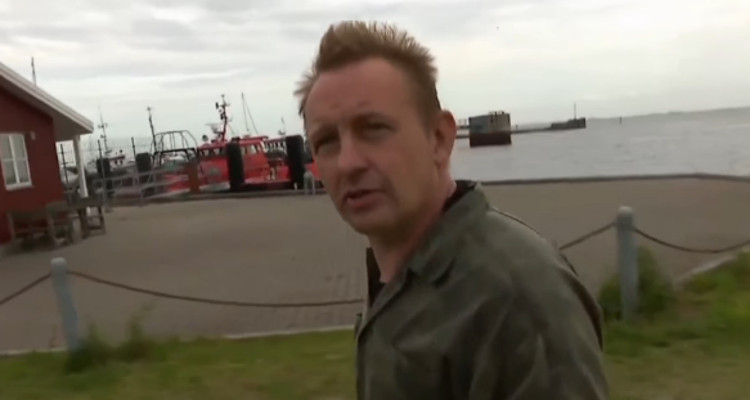 Peter Madsen was a respected inventor and entrepreneur in his native country of Denmark, until about two weeks ago. His alleged involvement in the discovery of Swedish journalist Kim Wall‘s headless body has made him the face of evil in a case that has fascinated and frightened Denmark. Madsen is currently in police custody, and Copenhagen police are diligently working to solve the case that has now reached international attention.

Copenhagen police had been searching for the missing Swedish freelance journalist, Kim Wall, who was reported missing after boarding a Danish inventor’s submarine nearly two weeks ago. On Monday afternoon, a cyclist reported seeing a torso without a head, arms, or legs on the edge of Amager Island. After conducting a postmortem and DNA tests, the police revealed that the torso belonged to the missing Swedish journalist who was last seen with Danish inventor, Peter Madsen. Who is Peter Madsen? The self-taught aerospace engineer, submarine builder, entrepreneur, and artist has now been arrested on preliminary charges of involuntary manslaughter. Peter Madsen and Kim Wall met for a story she was working on. According to Madsen, they went into his self-designed submarine on the evening of August 10. This case has transfixed the world and is being called “the most spectacular murder case in Danish history.”

Madsen initially claimed that he dropped Wall off on August 10, after their submarine trip in a remote region off the port of Copenhagen. Later, he changed his story claiming that there was an accident on his submarine, which caused Wall’s death and caused the submarine to sink. Madsen said that he “buried” Wall at sea, but seeing the inconsistencies in his statements made police continue investigating his claims. When Kim Wall’s headless body was found, it was revealed that a piece of metal was attached to it to weigh it down. According to reports, police will continue to search for the missing parts of the Swedish journalist’s body. They reportedly found “coagulated blood” inside Madsen’s submarine, which was recovered from a depth of 22 feet. Authorities also believe that Madsen deliberately sunk his submarine.

Madsen is well known in Denmark as a quirky and temperamental innovator who worked on rockets and submarines. Newspaper editor, Christian Jensen summed up the case saying, “It began with a crazy scientist who we thought was a victim, as his submarine disappeared accidentally with a Swedish journalist onboard. Our emotions were completely turned around as he went from victim to possible perpetrator.” After the discovery and identification of Wall’s torso, Madsen’s lawyer said, “We only find it positive that there is a final clarification.” Madsen was arrested on charges of involuntary manslaughter on August 11, 2017.

Dark Side of the Nation

Madsen founded and co-founded several companies, including the rocket launching company called Copenhagen Suborbitals on May 1, 2008. He left the project in June 2014, even though he had major technical responsibilities. In June 2014, he founded Rocket Madsen Space Lab with the objective of developing and constructing a manned spacecraft. There is no information about Peter Madsen’s net worth, but considering he owns several technology companies and was a successful inventor, it must be substantial. Right now, Madsen is facing murder charges, and his case has caught the attention of publications all over the world. Psychologists and social scientists are commenting on the case, saying that there are dark forces lurking underneath the surface of well-kept countries like Denmark.